HomeBusiness ResourcesManufacturing and SupplyLegal & practical effects of the FDA Food Safety Modernization Act
Recent
Latest
4 tips to get ahead of chemical concerns in packaging
May 20, 2022
7 CBD favorites in the increasingly popular gummies format
May 20, 2022
Mission MightyMe helps parents introduce allergens to babies
May 20, 2022
UNFI's Eric Dorne to step down as chief operating officer
May 20, 2022
Trending
Whole Foods' honors 30 companies with 10th annual Supplier Awards
May 18, 2022
Getting ready for 2023: Trends for brands to consider
May 17, 2022
Sponsored Content
The rise of sustainable business – eGuide
Sponsored Content
Natural beauty market trends
Jun 16, 2021 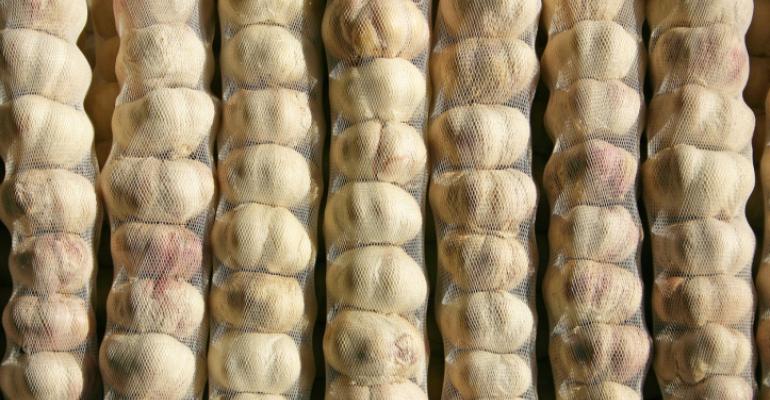 It&rsquo;s the biggest change to U.S. food safety regulations in nearly a century. But what does the FDA&rsquo;s implementation of the new Food Safety Modernization Act really mean for your natural products business? &nbsp; Attorney Antonio Gallegos of Denver-based Greenberg Traurig walks you step-by-step through the salient points of the new law.

Food companies and consumers have a shared interest in the safety of America’s food supply. The U.S. Food and Drug Administration (FDA) reports that foodborne illnesses strike 48 million people each year, resulting in 128,000 hospitalizations and 3,000 deaths. In recent years, the United States has experienced large scale outbreaks of salmonella contamination in eggs and peanut butter, as well as numerous other less publicized food contamination cases. By some estimates, the peanut butter recall resulted $1 billion in lost production and sales. Not surprisingly, producers of these contaminated foods have faced numerous consumer lawsuits.

Partly in response to the recent outbreaks, Congress passed the FDA Food Safety Modernization Act (FSMA), which was signed into law on January 4, 2011. FSMA attempts to redirect FDA’s authority towards preventative controls instead of reactionary enforcement and punishment. For example, FSMA requires food facilities to develop written hazard analysis and preventative control plans. It also mandates FDA to increase the number of facility inspections. Congress and FDA view both of these measures as vital to preventing food contamination before it occurs. But FSMA also increases FDA’s authority to react to actual and potential food contamination outbreaks by giving FDA the authority to order mandatory recalls and expanding its authority for other administrative action. This article summarizes FSMA’s major provisions and some of its legal and practical effects on the food industry.

Section 103 of the FSMA (21 U.S.C. 350g) requires the owner, operator or agent in charge of a food facility to develop a written plan which: evaluates hazards that can affect food manufactured, processed, packaged or held by the facility; implements preventive controls to significantly minimize hazards and assure that its food is not adulterated; monitors the performance of those controls and maintains records of this monitoring; establishes procedures to ensure that if the preventive controls are not properly implemented or are not effective, action will be taken to prevent recurrence, and that all affected food is evaluated for safety and prevented from entering commerce if the facility cannot ensure that the food is not adulterated. The written plan must be reanalyzed every three years and whenever there is significant change in the facility’s activities. The written plan and documentation of preventative controls must be “promptly” provided to FDA upon oral or written request.

A facility that is subject to HACCP regulations (e.g., seafood and juice facilities) is exempt from Section 103. Also exempt are “Qualified Facilities” which meet the criteria for a “Very Small Business.” The proposed regulations include three proposals for what will constitute an exempt Very Small Business: less than $250,000, less than $500,000 or less than $1,000,000 in annual sales. Qualified Facilities will be required to submit certain documentation to FDA demonstrating that the facility’s management has identified potential hazards and has implemented and will monitor preventative controls, or compliance with state or local food safety laws.

Some argue that Section 103 will have a disparate impact on non-exempt small businesses. Small companies may lack personnel with the requisite expertise to develop the type of plan FDA will require and, thus, be forced to retain outside consultants and/or hire extra personnel to develop, implement or monitor the plan. Comments to the proposed regulations may shed some light on their impact to small businesses.

Funding will play a critical role in FDA’s implementation of FSMA’s inspection mandates. As FDA concedes, “Without additional funding, FDA will be challenged in implementing the legislation without compromising other key functions.”4 Notwithstanding mandatory budget cuts to all Federal agencies as a result of sequestration from the Budget Control Act of 2011, FDA vows that it will not reduce the number of inspections. Companies at all levels of the food supply chain should expect to be inspected by FDA more frequently than they have been in the past.

Under Section 101 of FSMA (21 U.S.C. § 350c), FDA can now demand immediate access to company records relating to a food that it reasonably believes to present a serious risk of adverse health consequences or death to humans or animals. Prior to FSMA, FDA was required to initiate a court action to obtain these records if the company did not voluntarily turn them over. Certain types of records are exempt from Section 101, such as recipes, financial, sales and pricing data, research data and personnel data. This provision became effective immediately upon being signed into law.

Section 206 of the FSMA (21 U.S.C. § 350l) gives FDA authority to order that all distribution of a food be ceased and that the food be recalled, if FDA determines that there is a reasonable probability that food will cause serious adverse health consequences or death in humans or animals. FDA is also authorized to notify all necessary parties in the supply chain to cease distribution. However, FDA must first provide the responsible party with the opportunity to initiate its own recall voluntarily. The party against whom a recall order is issued is entitled to a hearing within two days of issuance of the order. FDA gained this mandatory recall authority immediately upon the FSMA’s enactment.

Some commentators argue that FDA’s new authority will actually discourage or slow down the recall process because the previous system placed the onus on the company to initiate a recall in order to avoid the possibility of a Federal lawsuit for seizure and condemnation of allegedly hazardous foods and public relations damage from FDA alerts and press releases. FDA’s mandatory recall authority could shift the pressure to FDA because the seller may now have some cover if it decides to wait for FDA to issue a recall order.6 Others welcome FDA’s new power, saying that FDA’s previous lack of recall authority slowed responses to serious outbreaks. FDA’s current position is that “mandatory recall authority will be used in rare instances.”

The language of Section 206’s mandatory recall authority closely tracks FDA’s criteria for Class I recalls, which addresses the most serious food contamination outbreaks that would expose companies to the greatest risk of liability to consumers. Nothing in FSMA diminishes FDA’s ability to use consumer alerts and press releases to encourage companies to quickly initiate a recall. Nor does FSMA limit FDA’s power to pursue a seizure. Companies should, therefore, retain the same motivation (or lack thereof) as they had prior to FSMA to adhere to FDA requests for a “voluntary” recall. Less serious Level II and III outbreaks will likely be addressed by measures less drastic than mandatory recall, such as FDA’s expanded authority for administrative detentions.

Section 207 of FSMA (21 U.S.C. § 334(h)) permits any FDA officer or qualified employee to order the detention of a food if he or she has a reason to believe that the food is adulterated or misbranded. FDA is authorized to detain the food for twenty days, with the possibility of obtaining a ten-day extension. Depending on findings made during the detention period, FDA may impose a corrective action plan or exercise its long-held authority to initiate a court proceeding to seize and condemn the food. Section 207 repealed the previous requirement of “credible evidence or information” that the food presents a risk of serious adverse health consequences. The new “reason to believe” standard gives FDA more discretion to detain food products. This provision became effective in June 2011.

FDA’s expanded administrative detention authority has the potential to become a significant enforcement tool. At a June 2011 public meeting at FDA headquarters, food industry participants expressed concern that FDA could use this authority to detain a product that was adulterated or misbranded, but which did not present a health risk. FDA representatives acknowledged that the FSMA now gives FDA this authority, but emphasized that public health would be the primary concern driving decisions about whether to detain food.

The food industry can expect the number of voluntary Class II recalls requested by FDA to decrease, as the number of administrative detentions increases significantly. Detention of foods for technical violations that do not impact consumer safety (e.g., minor labeling violations) should not be an issue, absent other compliance problems for the company. Although an administrative detention will likely interrupt a company’s operations to some degree and could become costly, it is probably less burdensome and costly than a Class II recall.

Section 102 of the FSMA (21 U.S. C. § 350d) adds two major provisions regarding registration of food facilities. First, although it was previously mandatory for food facilities to register with FDA, now these facilities must renew their registration between October 1 and December 31 of each even-numbered year. December 31, 2012, was the deadline to register under Section 102’s new requirements. However, FDA offered a grace period through January 31, 2013, because of a delay implementing the agency’s revamped online registration site.

Second, FDA can suspend a facility’s registration if the agency determines that a food from the facility has a reasonable probability of causing serious adverse health consequences or death. A suspension prohibits any food from that facility from being introduced into commerce (e.g., sales, distribution, imports and exports). The facility’s registrant is entitled to a hearing on an order of suspension within two days of issuance of the order.

FSMA also includes several other provisions, such as requirements for FDA: to initiate pilot programs for enhancing the tracking and traceability of foods; to exercise greater oversight over imported foods; and to issue guidance as to what constitutes a New Dietary Ingredient for which pre-market notification must be given to FDA.

In addition to concerns expressed above, some commentators are critical that the FSMA does not do anything to unify the federal food safety regulatory system. Although FDA regulates approximately 80% of the country’s food supply, the U.S. Department of Agriculture (USDA) regulates most meat and poultry, as well as egg products (but not eggs still in their shells, which fall under FDA jurisdiction). USDA’s Food Safety and Inspection Service oversees an extensive inspection program and has its own voluntary recall policies. Although USDA partners with FDA on many food safety programs, the FSMA does not apply to any USDA-regulated food.

Antonio Gallegos is an attorney in the Denver office of Greenberg Traurig, LLP. He has extensive experience representing food and dietary supplement companies in a wide range of legal matters including litigation, government investigations and enforcement actions, and regulatory compliance. You can reach Antonio at 303.685.7489 or [email protected].

What packaging regulations should I know?
Jun 26, 2013