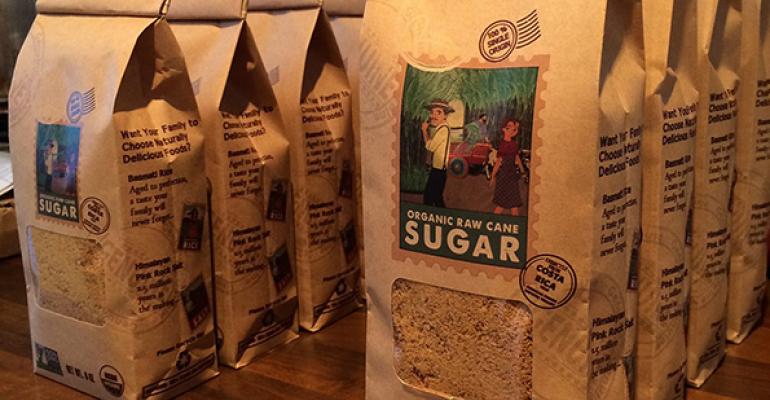 The Real Co.&#39;s quest for transparently and responsibly sourced food has led it to develop a certification process called Single Origin Verified.

The Real Co. captured our attention for a NEXTY Award nomination last year: Itâ€™s not the productsâ€”pantry staples like white basmati rice, pink rock salt and organic raw cane sugarâ€”but the practices behind them that make this young company stand out.

The company is taking transparency, already an emerging trend in natural foods, to a new level. It sources its products directly from single farms, which are then featured on the package label. In its quest to become the first single origin food company, The Real Co. is creating partnerships with growers around the world who donâ€™t already have an established mainstream route to distribute their goods.

We talked with CEO Belal El-Banna about The Real Co.â€™s model, success in the market so far and plans for the future.

Belal El-Banna: If you look at, say, organic or any of the other certifications around, they are just growing methods. Organic doesn't speak to the quality of the food, it doesn't speak to how the people were treated who grew the product, it doesn't tell you whether it's from disputed territories or whatever. That's why we believe single-origin food, letting people know where their food comes fromâ€”down to the name of the farm and showing videos like we do on our website of the farmers themselvesâ€”allows for the ultimate level of transparency.

NewHope360: How long did it take to set up The Real Co. and its various supply chains?

BEB: From idea to shelf was about two-and-a-half to three years. The reason is, once we agreed that the concept was sound, we wanted to get farms that represented x, y, zâ€”organic, treated staff fairly, no middlemen. The verification, and finding the sources, and setting up the distribution model is what took us the initial two-and-a-half-years. Because once we found the white basmati rice in Pakistan, it was a matter of making sure they had trucks that could pick up 20 tons of rice or so at a time, roads large enough to deliver the trucks, drive them to a port, and so on. The logistics of the whole distribution model is what took a long time.

Do you have plans to expand your product line?

BEB: We're hoping to launch another six to eight products within the next 12 monthsâ€”half of those by Expo West and the other half by Expo East. We're trying to keep within the same categories that we're currently in. We believe we'll be able to deliver a very high-quality handcrafted sea salt at far below sea salt prices; we'll come a lot closer to iodized salt from a pricing perspective.

We also have a long-grain white rice and a brown long-grain coming from South America, and also a brown basmati rice. We have a couple of quinoasâ€”a tricolor quinoa and a sprouted quinoa. And then we have more sweeteners or sugarsâ€”a coconut sugar, another cane sugar from South America; and one we're really excited about is a 100 percent all-natural, non-processed zero-calorie sweetener.

NewHope360: Thereâ€™s been a lot of uproar, as global demand for quinoa has surged, about quinoa farmers in South America no longer being able to afford to eat the crop that they grow. Does The Real Co.â€™s model address that type of problem?

BEB: Our sourcing does address that; part of the protocol is to ensure that the people we're buying from are very much living the life of the product. It is a very sad story where farmers can't afford to eat their own product. If you're being paid a fair price for it, then you can afford to keep some for yourself and profit from the rest.

The problem with grains is they turn into cash crops, where buying agencies or middlemen are buying crop from farmers and driving the buying price downâ€”and the money that people make from selling it is too good for them to eat it. The communities that we deal with are very much family-run. The people we'll be sourcing our quinoa from very much eat it, test it, give us advice on how we should mix it. The sprouted quinoa we'll be producing was a suggestion from them because that's how they eat their quinoa.

BEB: For every farm we deal with, we have about five or six on standby where we'd love to replicate the model with as soon as the volumes allow us to. The beauty of the model and the transparency is that I can have white basmati on the shelf supplied by two different farms. As long as I have the name of the farm on the package, then I'm fulfilling my obligation to my customers. We do the quality checking, so the customer shouldn't see much too much difference; and some customers may prefer to buy products from a certain farm, or they like the slight variation in taste from product to product.

The other thing is our rice comes from a single harvest and a single crop. There's no mixing of grain, so what you're receiving is a product that you know is going to act the same every time.

NewHope360: Your packaging has an interesting story as well.

BEB: We import all of our products into a facility in Anaheim, Californiaâ€”My Day Counts. They do all of our packaging. They employ people with learning disabilities, give them skill sets and then train them to the point where they can go and apply for jobs at places like Walmart and Costco.

NewHope360: Are you selling better in the natural or mainstream channel? 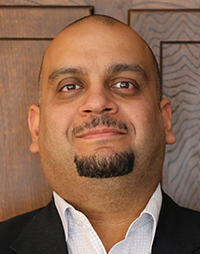 BEB: Initially, it was natural, but we're now starting to get some mainstream interest because the price point can sit across both natural and mainstream. Mainstream retailers can get customers who can make an informed decision based on understanding that they are non-GMO, some of them are organic, and so on, and pay a little bit more to get a higher quality product.

NewHope360: Who are your customers?

BEB: So far, our customers fit into three main categories. Age group-wise, it seems to fit between 25 and 55. There's millennials, who care about the quality of their food, care about the impact their purchases have on the global economy, and then we have the health-conscious eater and moms and families.

But everyone has a budget. That's another reason why we are focused on the rice and sugar and riceâ€”these are staples that we'd like to bring to market at an affordable price for people to use day to day.

NewHope360: In a way, The Real Co. is part of a growing shift among food companies to provide more transparency in their products. Is this competition, or do you feel you are working toward the same goal as some of the other companies promoting transparency?

BEB: We didnâ€™t launch this company to be unique or the only player in this arena. One of the things we're working on at the moment, and we will be launching at Expo West, is to set up a certification process for transparency, Single Origin Verified. We're offering, for 24 months for the first 100 or 150 companies, no charge for that verification process. Because we're trying to get more people on boardâ€”the more people that believe in and are pushing the cause, the more benefits there are for the consumer.

By the numbers: The benefits of fair trade to business
Mar 04, 2015