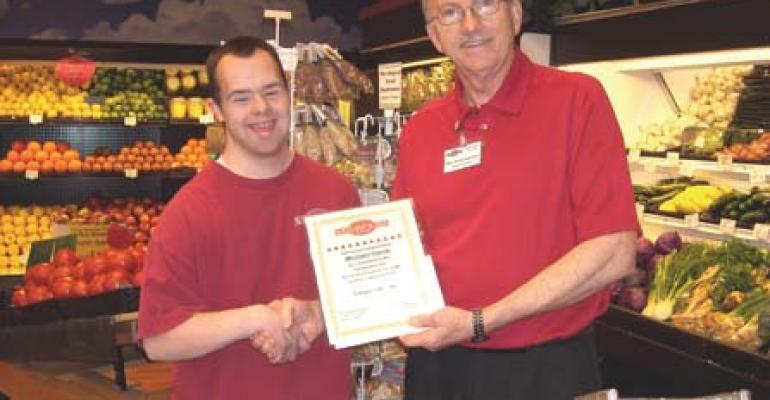 Nature&#39;s Bin, opened by Cornucopia, a vocational training program for people with disabilities, is a successful example of how the natural food industry can give back. Employees, whose disabilities range from autism to Down syndrome to missing limbs, go through a month-long training session that will prepare them for future jobs. 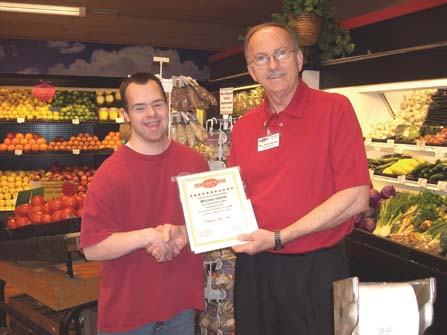 Enter Nature’s Bin in Lakewood, Ohio, and you’re greeted by portraits of Harriet Tubman, Beethoven, Woodrow Wilson and Sandra Bernhard—four individuals who achieved greatness in spite of disabilities. These portraits hanging in the entryway symbolize the natural products store’s mission: to empower people with disabilities and give them the training they need to enter the workforce and lead more productive lives.

Nature’s Bin’s roots stretch back to 1975, when the nonprofit organization Cornucopia, a vocational training program for people with disabilities, opened The Bin, a 500-square-foot farmers’ market–style store. Along with fresh fruits and vegetables, The Bin provided a place for these people to learn vocational skills by working in a real work environment.

“We were about 20 years ahead of our time,” says Scott Duennes, Nature’s Bin’s executive director who’s been with the store for 25 years. “Bringing people with disabilities into public workplaces was not the norm back then,” he says. Initially, The Bin trained about 12 people with disabilities per year, but “we wanted to train more, so we raised the funds to open a larger store.”

In 1991, The Bin became Nature’s Bin and moved to its current location. Today, about 12 percent of its 57 employees are graduates of the training program. On average, an additional eight to 10 trainees participate in the program during the weekdays.

What makes Nature’s Bin a truly unique natural products store is that it’s a nonprofit operated by Cornucopia. At the same time, Nature’s Bin boasts a dedicated customer base, myriad product offerings and, most notably, consistent double-digit sales growth. In 1999, the 4,000-square-foot store logged $1.9 million in sales. In 2005, the store expanded by 2,000 square feet to accommodate a larger health and beauty aids department—and grossed $2.6 million. In 2010, sales hit $6.1 million, a 220 percent increase since 1999. Nature’s Bin provides 73 percent of Cornucopia’s revenue. 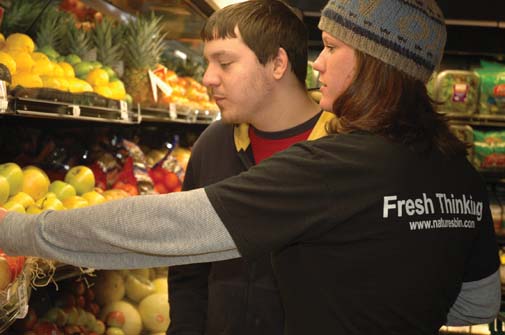 Working with employees with disabilities ranging from autism to Down syndrome to missing limbs doesn’t pose the challenges some might suspect. In fact, “many people with disabilities are very motivated, reliable and committed to belonging to a place where they can contribute,” Duennes says.

Cornucopia appoints a full-time case worker to the store, which also helps the program run smoothly, says Mary Johnson, Nature’s Bin’s director of development and marketing. “We sit down with the case manager and new trainees and talk about their goals and how they can achieve them,” she says. All Nature’s Bin jobs are open to trainees, from stocking to preparing foods for catering.

The messaging about the store’s mission is subtle. There’s no outside signage indicating that it’s a vocational training site, and in-store signage of the like is minimal. This allows trainees to work under realistic conditions and not have shoppers treat them any differently than they would other employees.

If ever an issue arises between a trainee and a shopper, a case manager is always on hand to assist. For example, “one time a woman complained that she asked an employee a question and he didn’t respond; he just smiled,” Duennes says. “We explained the store’s mission and she got it.”

Once a trainee finishes a four- to eight-week session, the store hosts a graduation ceremony with all available staff members and sometimes the trainee’s parents. “We give them a diploma and they can say a few words about where they’re going next in terms of employment,” Duennes says. “We do this intentionally so that other trainees understand that they too will graduate and move on one day.” Former trainees can apply for jobs at Nature’s Bin, but only after they’ve worked elsewhere in the community for at least one year.

Working with the trainees does place additional 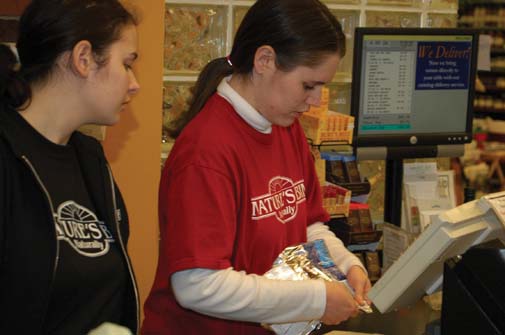 demands on staff members. “In addition to their regular responsibilities, employees must embrace what the organization is about—and for the same pay [as they’d make at another natural products store],” Duennes says. “This means that when they have to put up an endcap, they need to work with a trainee through every step.” But the employees take pride in working at a great store with such a strong mission that lets them touch others’ lives in such a positive way—and staff-retention numbers prove this dedication.

For Duennes and Johnson, the store’s mission is why they return to Nature’s Bin each day. “What we give [the trainees] is so important,” Johnson says. “They know they are coming to a place where people are expecting them, and they know they’re involved in something important.”

“This program is why I haven’t retired,” Duennes adds.