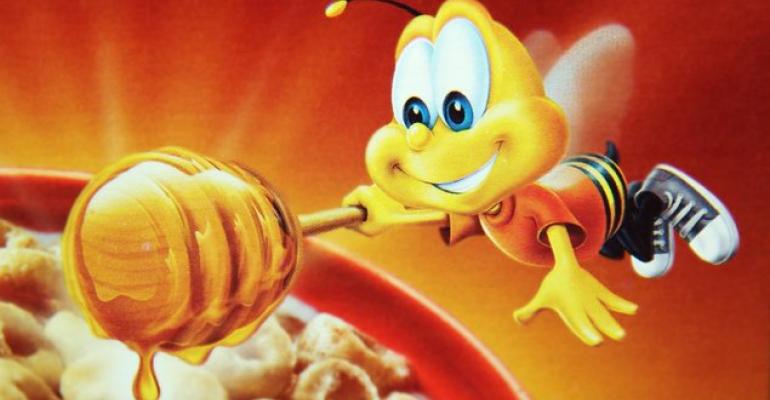 Green America's GMO Inside campaign launched  a major push to get General Mills to drop genetically modified organisms (GMOs) from Honey Nut Cheerios—the company's and the nation's number-one breakfast cereal. The campaign's website and Facebook page call on General Mills to remove GMOs from Honey Nut Cheerios and to use a third-party verifier to ensure that the cereal is, in fact, non-GMO.

On Jan. 2, 2014, GMO Inside broke the news that its campaign to pressure General Mills had resulted in the major U.S. food producer to eliminate GMOs from original Cheerios. In a campaign relying heavily on social media to inform and involve consumers, the company was deluged with over 50,000 online postings to make original Cheerios GMO free. General Mills' acknowledgment that it was dropping GMOs from original Cheerios created a firestorm of media attention and made millions more Americans aware of the GMOs that are common in the cereals that start their days.

Now, GMO Inside is urging General Mills to take the next logical step in relation to consumer demand and concerns. Over 6 million people, many of them children, start their day with Honey Nut Cheerios. Honey Nut Cheerios contains a number of the same ingredients that are at-risk for GMOs as regular Cheerios, just with a higher concentration of sugar. Now that General Mills has completed a year-long process to remove GMOs from regular Cheerios, consumers will pressure the company to remove GMOs from their other cereals, starting with Honey Nut Cheerios. In addition, consumers will continue to push General Mills needs to use third party verification to provide consumers with the assurance that its products are genuinely non-GMO.

"General Mills has the opportunity to build on the important step they took in making regular Cheerios non-GMO by now taking the GMOs out of America's favorite breakfast cereal, Honey Nut Cheerios," stated Green America's GMO Inside Campaign Director Nicole McCann. "More and more consumers are looking for non-GMO options, especially for the foods that they feed to their children, and those consumers will be letting General Mills know they want the GMOs off their breakfast table."