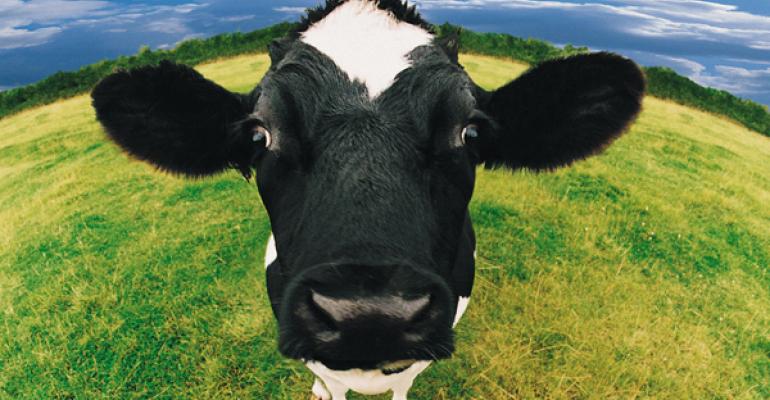 In a major win for the organic dairy industry, the State of Ohio agreed yesterday to drop its restrictive dairy labeling rule that would have prohibited organic health claims, such as &quot;rBST free,&quot; from appearing on dairy products.

The state of Ohio conceded yesterday to no longer pursue labeling restrictions against organic dairy products, ending a three-year fight with the Organic Trade Association (OTA) and the International Dairy Food Association (IDFA).

In 2008, Ohio issued an emergency regulation that restricted farmers and marketers of organic milk from stating that the products were produced without antibiotics, pesticides or synthetic hormones. Shortly thereafter, the OTA and IDFA filed lawsuits. The Sixth Circuit Court of Appeals found yesterday that Ohio's rule restricted free speech and was therefore unconstitutional.

The overturned dairy labeling rule had placed a ban on organic health claims by stating that: "Making claims regarding the composition of milk with respect to hormones, such as 'No Hormones,' 'Hormone Free,' 'rbST Free,' 'rbGH Free,' 'No Artificial Hormones' and 'bST Free,' is false and misleading. ODA [Ohio Department of Agriculture] will not permit such statements on any dairy product labels." However, due to litigation, the rule was never enforced in Ohio.

"Ohio's abandonment of this misguided rule is a victory for consumers, farmers and manufacturers alike," said Christine Bushway, executive director and CEO of OTA, a membership-based business association for organic agriculture and products in North America. "Consumers have the right to make informed choices about the foods they eat, and farmers and manufacturers can continue to communicate truthfully with consumers."

Horizon, owned by WhiteWave Foods, along with Organic Valley and Stonyfield Farm, collaborated with the OTA in filing the lawsuit, while the IDFA filed its lawsuit in conjunction. The organizations said they are not aware of any organic dairy labeling rules such as Ohio's  in other states.

'Consumers have a right to know'

Perhaps ironically, Governor Ted Strickland's 2008 executive order [PDF] about the dairy labeling rule included the following phrase: "Ohio's citizens are best served when they have complete and accurate information with which to make choices about the products they buy."

In court, this phrase played out in favor of giving consumers information about the ingredients in their dairy products. "This outcome should send a message to state regulators about allowing organic producers and farmers to label their products accurately and fairly, with the information consumers want and deserve to know about what is—and isn't—included in a product," said Sara Loveday, spokesperson for WhiteWave. "It isn't just our opinion—the Federal Court of Appeals agrees with us."

Founding farmer and CEO George Siemon of Organic Valley echoed a similar sentiment: "When the question was asked—is organic milk different than milk from cows injected with bovine growth hormone?—it was clear to the judge that organic milk is different and consumers have the right to know and organic manufacturers have the right to shout it out. Consumer choice is a democratic principle that has won the day."