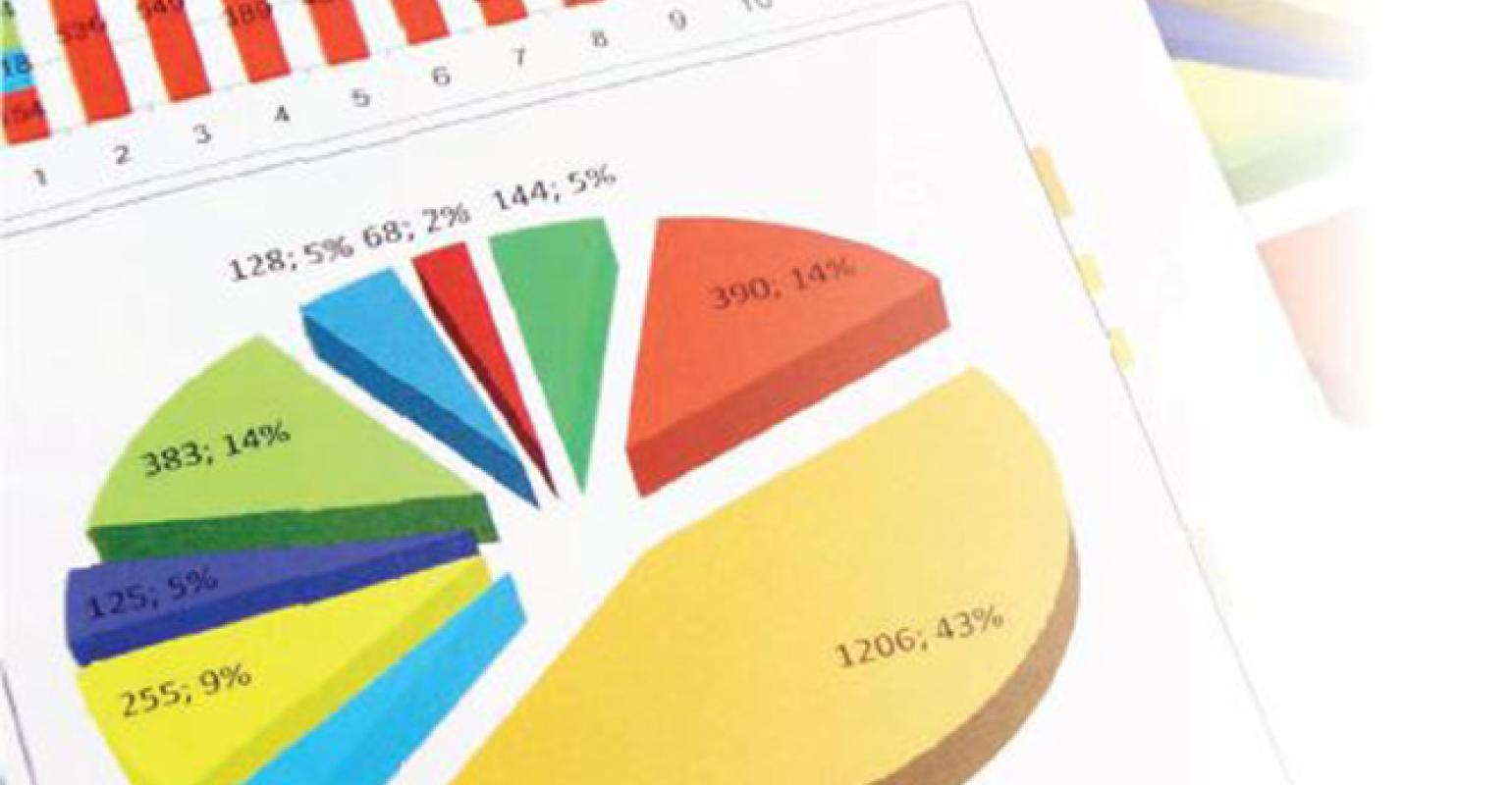 This market is tricky to size, but claims that our estimates are &quot;overstated&quot; are disingenuous at best.

Let’s get this out of the way: The size of the U.S. supplement industry is roughly $36.7 billion. The $11.8 billion estimate that TABS CEO Kurt Jetta announced in May is way off target, as were his attacks on Nutrition Business Journal.

On just the subjective assertions, Mr. Jetta said, “My methodology is visible and subject to scrutiny. The NBJ estimate is a total black box with just a minimum of explanation.” But when it came to the TABS model, he said, “There’s a bit of proprietary modeling and secret sauce in how we get to those exact numbers.” So when NBJ protects its intellectual property, the methodology is a sinister “black box.” But TABS’ guarding of its own methods is just benign “secret sauce.”

The truth is that we both have enough of our methods open to scrutiny to do an easy comparison of our data. And it turns out that Mr. Jetta is objectively misleading on a number of fronts.

For starters, TABS’ $11.8 billion figure leaves out entire segments (meal replacements, the practitioner channel) that NBJ includes. TABS also counts sports nutrition as a separate $2.6 billion category, not as part of the $11.8 billion industry figure, whereas we at NBJ include sports nutrition in our overall estimate. One can certainly argue the merits of what should or should not be included in a market-size figure—we debate that internally all the time—but for Mr. Jetta to say the NBJ number is inflated, without acknowledging that we measure segments he does not, is disingenuous at best.

Those segments the TABS model leaves out account for about $7.3 billion of NBJ’s industry estimate. So if we want to do an apples-to-apples comparison of the NBJ and TABS numbers—and that seems the only fair way to proceed—we’ll subtract that from our estimate, which puts our figure for supplements (including sports nutrition) at $29.4 billion. And to make sure we’re both counting sports nutrition, we’ll add TABS’ estimate for that category onto the $11.8 billion supplement estimate, bringing the TABS figure to $14.4 billion.

So now we’re at $29.4 billion versus $14.4 billion. That still leaves a $15 billion gap. In doing a top-level analysis of the TABS estimates, we have found that TABS and NBJ more or less agree on internet and mass-market sales. The difference comes down primarily to our respective estimates of the MLM and natural/specialty channels.

TABS puts MLM sales of vitamins, minerals, and supplement (VMS) at about $200 million. We just don’t see how that’s possible. NBJ tracks 61 active MLM companies, many of which have individual sales several times larger than $200 million. Thanks to our longtime standing and deep relationships in the supplements industry, we are able to get most of these figures directly from the companies. Based on these insights, we feel confident putting this sector at $4.4 billion.

Getting into TABS’ estimates for natural and specialty retail channels is trickier. If we add together the breakdown by channel, it appears that TABS puts the VMS portion of this at $2.5 billion. TABS’ presentation doesn’t break out sports nutrition sales by channel, which makes things difficult here. But the report does say that combined FDMCD (food, drug, mass, club, and dollar) accounts for 50 percent of all sports nutrition sales. Going off their $2.6 billion estimate for sports nutrition, that means non-FDMCD sales (natural, internet, MLM, and catalog) of sports-nutrition products add up to $1.3 billion. We have no idea how their model breaks that down, but even if we assign the entire $1.3 billion to natural (meaning we leave out internet, MLM, and catalog) that would put TABS sizing of this channel at just $3.8 billion.

As with TABS’ MLM estimate, this number makes no sense. The proof is in concrete, publicly available data.

Supplement sales for only the four publicly traded natural-channel companies that disclose such figures amount to $3.4 billion (Vitamin World at $225 million, NGVC at $300 million, VSI at $1.1 billion, and GNC at $1.8 billion). Based on our conversations with other publicly traded companies in this space (Whole Foods Market, the Fresh Market, Sprouts), we feel comfortable adding another $2.3 billion. That brings us to $5.6 billion just for publicly traded companies, which account for only 24 percent of the roughly 35,000 stores in the natural channel.

Our colleagues at Natural Foods Merchandiser conduct the industry’s most in-depth, surveys and research on the entire natural channel and are the go-to source for data on the independents. They put sales for the other 76 percent of stores at $7.9 billion. This brings us to the NBJ estimate for the natural channel of $13.5 billion, or $9.7 billion more than TABS.

The differences in our MLM and natural-channel numbers account for about $14 billion, or 93 percent of the gap in our industry estimates. Would a deeper dive into the numbers show that we’re responsible for some of the remaining 7 percent? Maybe. It might also show that TABS is still low, especially since our analysis probably boosts their estimate of the natural channel. Regardless, Mr. Jetta’s claim that our numbers have been “vastly overstated” seems, well, vastly overstated.

Neither of us is perfect. At this year’s Natural Products Expo West, I asked the CEO of a leading supplement manufacturer who buys our reports for his thoughts on NBJ. He said, “Well, I know to take your industry estimates and triple them.” He was exaggerating, of course, but his point was clear: He felt that our $36.7 billion estimate actually understates the size of the industry. And we do err on the side of caution. Better to be a bit conservative than to hyperbolically inflate things.

As for the assertion that the NBJ methodology is not available or open to scrutiny, every NBJ report includes a lengthy, detailed section called “Research Methodology.” Here is just part of what’s included in that:

NBJ’s business segment survey methodology starts with an understanding of the total universe of companies in that segment and an in-depth knowledge of the top 20-100 companies in that segment. NBJ then makes every effort to ascertain annual sales of the top firms and get an adequate response from surveying the remaining populace to build a statistically valid model for that segment. Segments NBJ surveys in this detailed manner include supplement manufacturers in each category; raw material suppliers in vitamins and herbs & botanicals; MLM firms; internet sellers; catalog sellers; etc. NBJ will typically capture 60-80 percent of the revenues in a defined segment using this method. Subsequently breakdowns received from companies are aggregated into segment models to obtain industry or segment breakdowns by product, sales channel, or other characteristic.

Sales data determined from each level of the nutrition industry value chain is reconciled against the other levels so that consumer sales, retail sales, wholesale sales, distributor sales, and material supply sales ratios are accurate for each product area.

This is a tricky industry to size—full of privately held companies, multi-pronged supply chains, and fuzzy segment/channel definitions. That makes it all the more vital that we be as precise as possible with both our numbers and our words. In his discussion about NBJ, Mr. Jetta said that inaccurate data has “a harmful effect on many industry participants.”

NBJ will offer a much deeper dive into its methodologies and data in the upcoming Supplement Business Report, available at the end of June, and at the annual NBJ Summit, July 20–23. (nbjsummit.com)