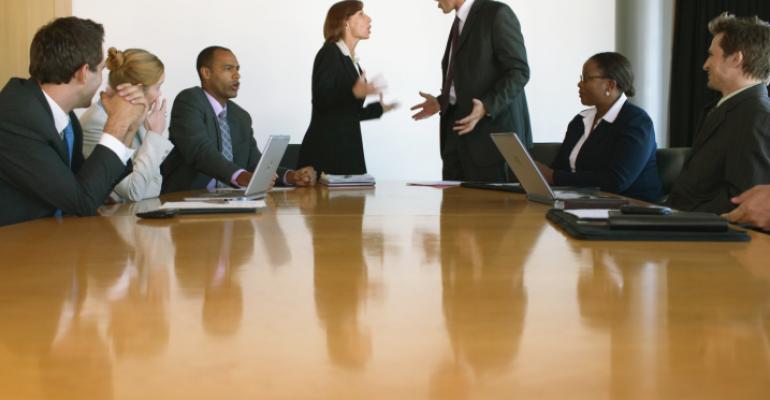 Proposition 37 has sparked conversations and arguments throughout the country about transparency, health, and brand integrity. But not many predicted the strife it created within corporate families.

Even if you don’t live in California, you have probably heard of Proposition 37, which if passed in November, would require labeling of foods containing genetically engineered ingredients. The state-wide initiative has been causing quite a stir, in part because of the companies that are opposing the measure.

The organic watchdog group Cornucopia Institute released an alert entitled, “Corporations Stab Organic Consumers in the Back,” along with an infographic showing the logos of companies opposing Prop 37 on one side (“Corporate Charlatans”) and those supporting it (“Organic Heroes”) on the other. See the infographic "Prop 37: Your Right to Know."

The New York Times also ran a story entitled, “Uneasy Allies in the Grocery Aisle” about this tension, noting how “some of the biggest organic brands in the country — Kashi, Cascadian Farm, Horizon Organic” have joined the opposition.

To be fair, technically, these companies are not donating directly to the No on 37 campaign; rather their parent companies are. PepsiCo, Nestlé, ConAgra Foods and Coca-Cola, all of which own organic or natural food brands, have each donated more than $1 million to oppose GMO labeling in California. Other large donations have come from General Mills, Kellogg, The J.M. Smucker Co. and Dean Foods.

And herein lies the tension of being an organic company owned by a mostly conventional food conglomerate. The Prop 37 news caught many consumers by surprise. As Cornucopia’s co-founder Mark Kastel told the New York Times:

Consumers aren’t always aware that their favorite organic brands are in fact owned by big multinationals, and now they’re finding out that the premium they’ve paid to buy these organic products is being spent to fight against something they believe in passionately. They feel like they’ve been had.

While it’s understandable that small organic food companies would be eager to take advantage of the vast marketing and distribution power of companies such as General Mills or ConAgra, but certain trade-offs come with the territory.

In an era where social media can spark more backlash than ever before, brands are finding themselves defending the actions of their corporate parents. For example, Cascadian Farms (owned by General Mills) was so swamped by negative feedback on its Facebook page that it posted a response trying to reassure consumers that its products were 100 percent organic, then pointing to General Mill’s statement, which asserts (among other arguments opposing mandatory labeling) that GMOs are safe.

That wasn’t nearly good enough for many Cascadian Farms consumers; in fact, the move mostly backfired, with posted comments such as: “If you support the statement that GMOs are safe, I can no longer trust the organic integrity of your products. We will no longer purchase Cascadian farm products.”

And: “Love your products, but will buy them no more. Shame on you, General Mills; your corporate statement is ridiculous. Ethical companies don't try to hide what's in their food.”

Also this: “It is hard to believe what you say when you are associated with a company that produces mostly unhealthy food. It makes no sense.”

Consumers really hate to feel deceived, especially by brands they have come to trust for their shared values, such as using organically grown ingredients. These brands (for the most part) don’t disclose their corporate parents on their packaging or in their marketing.

As a result of the California fight, many people are just learning their beloved brands are owned by companies they would rather not support. This is easily corrected but of course, a brand like Odwalla would rather not put “Owned by Coca-Cola” on every bottle. But by not disclosing the ownership up front, these companies risk alienating loyal consumers down the road when they find out eventually, and in this case, in a non-flattering way.

But the biggest challenge these brands face is they cannot control the political position their parent company takes on any issue, even when it creates a conflict with their own values.

How much long-term damage is done to organic brands such as Cascadian Farms over the California GMO labeling initiative remains to be seen. But the experience should serve as both a cautionary tale and a wake-up call to the natural foods industry. That huge bump in distribution and marketing power could come with a hefty price: your political independence.

The next GMOs? Nanoparticles already mess with our health, environment
Aug 30, 2012