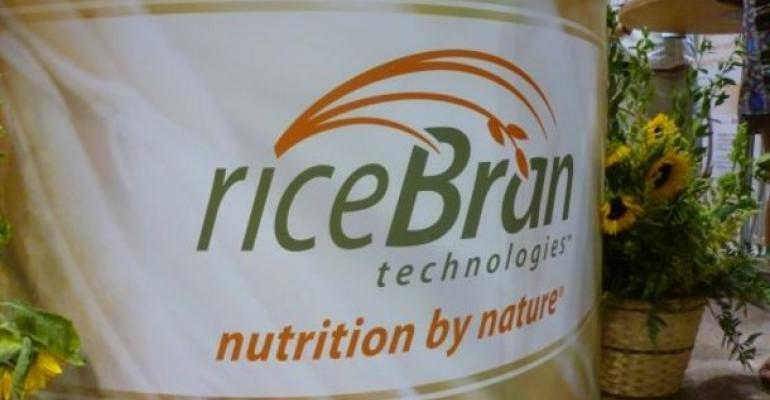 RiceBran Technologies (NASDAQ: RIBT and RIBTW), a global leader in the production and marketing of value added products derived from rice bran, announced the Company's financial results for the first quarter ended March 31, 2015.

W. John Short, CEO and president, commented: "Now that we have largely completed a number of significant improvement projects in the U.S. and Brazil, we enter 2015 focused on improving financial performance. In the first quarter we achieved revenue increases in both segments despite the macroeconomic challenges in the Brazilian economy and customer delays in new product launches in the U.S. and Asia. USA segment margins remain very healthy and we expect our emphasis on new product development to continue to drive USA segment growth throughout 2015 as we focus on higher margin functional foods and nutricosmetics."

Short continued: "Our Irgovel plant is now capable of operating as originally planned and the recent strong rice harvest should provide us with more than adequate supplies of bran for 2015. Overall, however, economic weakness in Brazil, including  labor unrest and currency declines, continues to be a drag on performance from this segment. As we move through 2015, we intend to work diligently to maximize both our top and bottom line financial performance to reach our goal of positive EBITDA in 2015."

Operating results
Consolidated revenues in Q1 2015 were $9.7 million, a 25.7 percent increase compared to Q1 2014 consolidated revenues of $7.7 million. The increase was a direct result of increased revenues from the Company's Brazil segment where production was reinitiated at Irgovel in January 2015 after the completion of annual maintenance and facility repairs in December.

Revenue from the Brazil segment totaled $4.6 million in Q1 2015, a 70.8 percent increase compared to revenue of $2.7 million recorded in Q1 2014 when the facility was idled for ten weeks to complete a major upgrade in capacity. While operations at Irgovel have been constrained due to weakness in the Brazilian currency, trucking strikes, and recession, revenue from Brazil is expected to ramp up significantly throughout the remainder of 2015.

Revenue from our USA segment was $5.1 million in Q1 2015, up slightly from revenue of $5.0 million recorded in Q1 2014. Revenue from human ingredients sales increased by $2.3 million in the quarter while animal nutrition sales declined by $2.3 million, reflecting the Company's ongoing emphasis on shifting its business mix toward human ingredients.

Consolidated gross profit in Q1 2015 decreased by $0.4 million to $1.1 million with consolidated gross profit decreasing by 7.5 percentage points to 10.9 percent in Q1 2015 compared to 18.4 percent in Q1 2014. The decrease was attributable to a decline in gross profit at our Brazil segment which was negatively impacted by supply chain issues resulting from trucking strikes that affected our ability to receive high quality bran and ship finished product. Operating expenses remained relatively flat in Q1 2015 at $4.0 million compared to $4.1 million Q1 2014.

Adjusted EBITDA
Earnings before interest, taxes, depreciation, amortization, stock-based compensation and other non-cash charges for Q1 2015 was $(1.6 million). This compares to Adjusted EBITDA of $(0.9 million) in Q1 2014. Adjusted EBITDA is a non-GAAP measure that management believes provides important insight into RBT's operating results (see reconciliation of non-GAAP measures below).