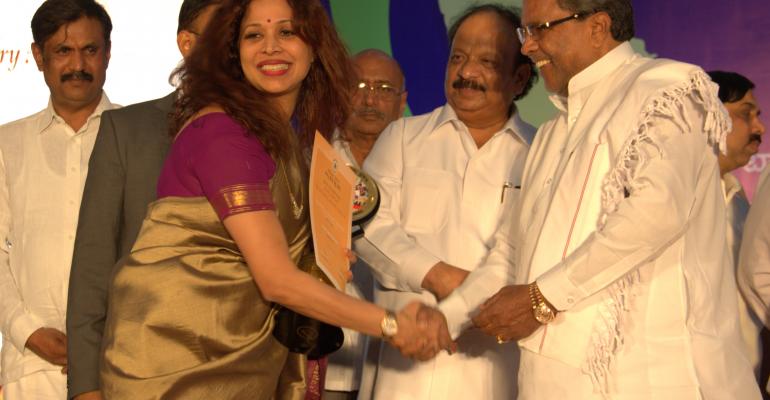 Visvesvaraya Trade Promotion Centre gave Sami the Gold Award in the Agricultural and Horticultural category for the third year in a row.

Sami Labs, sister company to Sabinsa Corp., has again been recognized for export excellence by the Visvesvaraya Trade Promotion Centre (VTPC). Sami received the Gold Award in the Agricultural and Horticultural category for Medium to Large Enterprises for 2013–2014, the third year in a row. Sami also again received the District Gold Awards from the Tumkar district.

“We are honored to be recognized for our export success,” said Ms. Neeraja Shetty, Sami’s director and president of strategy and business development. “The Karnataka Government’s policies have contributed to our ability to send fine extracts made from herbs grown in India, to all over the world.”

VTPC, established for promotion of trade from the State of Karnataka, is supervised and regulated by an autonomous body constituted by the Government of Karnataka. Operational since 1965 under the aegis of Department of Industries and Commerce, VTPC is named after the Chief Architect of modern Karnataka, Bharat Ratna Late Sir M.  Visvesvaraya, who was instrumental in the industrialization of the state.  Karnataka today is one of the key and leading states in exports from India, holding the number one position in software exports with an overwhelming 38 percent share of total exports and the number four position in export of commodities.