HomeNewsSupplements' 'O-ring' opportunity
Recent
Latest
4 tips to get ahead of chemical concerns in packaging
May 20, 2022
7 CBD favorites in the increasingly popular gummies format
May 20, 2022
Mission MightyMe helps parents introduce allergens to babies
May 20, 2022
UNFI's Eric Dorne to step down as chief operating officer
May 20, 2022
Trending
Whole Foods' honors 30 companies with 10th annual Supplier Awards
May 18, 2022
Getting ready for 2023: Trends for brands to consider
May 17, 2022
Sponsored Content
The rise of sustainable business – eGuide
Sponsored Content
Natural beauty market trends
Jun 16, 2021
NBJ
brought to you by 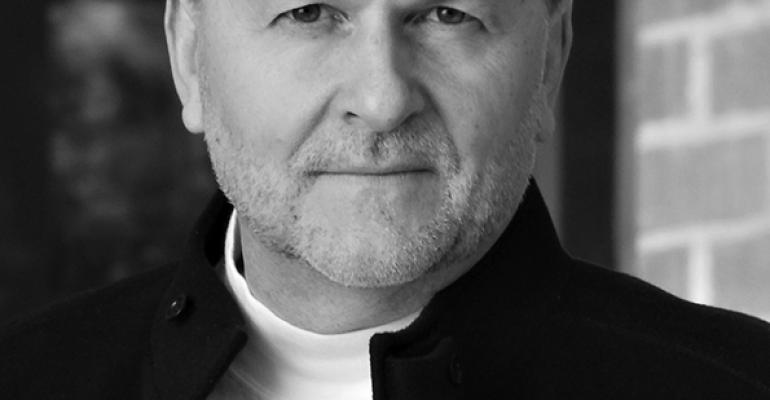 Often, seemingly complicated problems have a simple root cause. For supplements, the gap in various parties&#39; definition of &quot;regulation&quot; explains much of the current controversy.

The recent furor over the New York Attorney General (NYAG) investigation of herbal dietary supplements has ignited a public (and private) debate over the regulation of supplements. On time, and as expected, the critics called for changes to DSHEA. The supplment industry protested that the test used by the NYAG was bogus. The bully pulpit power of the establishment press, i.e., the New York Times, was on display, as was the farcical and lobotomized regurgitation of the original NYT story via social media.

Amidst this, many asked, “Where is the FDA?” Nowhere, it seems. The NYAG did not consult FDA in advance of its investigation, and it appears that the agency was content to let all of this play out. This changed with the publication of Dr. Pieter Cohen’s article on BMPEA, which quickly resulted in the issuance of 14 warning letters to companies selling BMPEA. This, in turn, led to the filing of a $200 million defamation lawsuit against the study’s authors by one seller of BMPEA. Along the way, 14 other state’s AGs joined the New York AG in a letter to Congress urging a re-think of DSHEA and recommended other policy changes that even Sen. Durbin has not suggested. Meanwhile, yet other Attorneys General decided to look into this BMPEA matter and confronted major retailers who, in turn, took steps to remove BMPEA from their shelves.

The ever-lurking Plaintiff’s Bar (aka wolf pack) has filed more than 75 class action lawsuits based on the false findings of the New York AG investigation. Not to be outdone, public interest groups joined the fray and are actively soliciting money and “victims” who have been duped or harmed by using dietary supplements. Their pitch suggests that federal regulators are not doing their job, and so the non-profit public interest community will fill in for the time being.

Editorials from important papers and thought leaders lament the state of dietary supplement regulation and are calling for a pre-market approval system for supplements based presumably on the prescription drug approval process. So far, no one can explain who would pay for such a system, who would manage it, or how this would rectify problems such as spiking or illicit internet claims.

For the first time in recent memory, practitioners who often recommend or sell supplements to their patients are beginning to worry how all of this will affect their professional reputations. Regulators in other countries are taking notice of the dust-up here, and whether that leads to anything important remains to be seen.

Underlying all of this remains the fact that the New York AG’s testing was conceived, executed and published starting from a faulty premise (that DNA barcoding is suitable for plant extract ID testing as a stand-alone test), and virtually none of these critics have returned to this basic point and suggested that we start with a review of the known facts and a broader history of the issues that have now blown up in such spectacular fashion. This is what makes this story different from all others in the past. This entire debate is predicated on a false factual premise and yet with guilt assumed. So, let’s go back and set the record straight and then consider how to proceed.

While distant in time and subject, the 1986 Challenger space shuttle disaster offers an interesting analogy worth thinking about. On January 28, 1986, the NASA space shuttle Challenger exploded 73 seconds after launch. I, like millions, saw this on live TV. It took several minutes to realize what happened and weeks and months to comprehend the loss. As a nation mourned, a presidential commission was created to investigate the disaster and submit a report to then President Ronald Reagan. The findings were submitted in June, 1986, with many recommendations to improve space shuttle flight safety. The cause of the explosion was a failure in the solid rocket booster O-rings. How that discovery was made and revealed is the reason to include this story here. One of the commission members was a Nobel Laureate and Cal Tech professor, Richard Feynman, who in addition to being one of the great scientific minds of modern times, was a colorful and eccentric personality famous for practical jokes, bongo drum playing and working from a local topless bar as his second office (to get away from it all). During a televised commission hearing, Feynman demonstrated how the O-rings became rigid and inflexible if put in a glass of ice water, thus compromising the seal to prevent hot rocket gases from escaping. Under intense pressure to meet schedule, the Challenger was launched on an icy cold morning (31° F), but data on O-ring seal integrity only went to 53° F (on the view that South Florida weather would never go to 31° F). This was the fatal design flaw and decision.

This simple demonstration helped millions of people understand a basic idea that explained the unimaginable. The point is this. Seemingly complicated problems often have a simple “O-ring” root cause. In NASA’s case, this O-ring problem was well known but was rationalized or lost in translation between the engineers and management. The result was years in the making but shocking when it actually happened.

We all have our O-rings in life and in business. The current New York AG episode provides an invitation to do an O-ring check. I suspect we will conclude the root cause is a problem around how we define regulation. We insist, correctly, that we are regulated and subject to a host of federal laws. Yet, we are portrayed as unregulated, which is seen as an invitation by various parties to step in as pseudo regulators who claim their actions are in the public interest. Here is the problem. Their definition of “regulation” means pre-market approval. Ours does not. This gap in definitions explains much of the current controversy.

The O-ring analysis would suggest a review of the basic design (DSHEA), the operating procedures (GMPs, NDIs, AER, etc.) and mission objectives and assumptions (broad access, reasonable prices, inherent baseline safety of most products). If our 2015 mission is to preserve the basic design, then procedures must be strictly followed. If that is compromised by breach of discipline within the industry or inability of external regulators, public confidence will erode (as in O-rings).

How did we get here and where do we go? UNPA’s Israelsen sheds some light on the state of supplements

Current conditions suggest we should be assessing design, procedures and mission objectives while course corrections are possible and before another incident occurs. The first step is to agree that all three subjects are on the table.

Here are thoughts on how to approach these subjects:

Mission Objectives. DSHEA was designed to make access to a broad array of dietary supplements a priority. Ingredients such as probiotics, CoQ10, enzymes, botanicals, melatonin, amino acids, mushrooms and essential oils were unfamiliar to the average American in 1992. Who would carry a rifle in defense of bee pollen? It turns out Tom Harkin would. The architects of DSHEA believed the true impact of this law would be its capacity to safeguard the yet unrealized value and potential of product categories which, indeed, have blossomed and prospered over the past 20 years. Affordability was a second objective. It was clear that a premarket approval system could either be a monograph-based approach (OTC drugs) or the new drug approval approach (patented, proprietary and hugely expensive – high cost, high reward).

FDA was not interested in a monograph approach for dietary supplements. In fact, they had already suffered the defeat of the Proxmire Amendment of 1976, which prohibited FDA from establishing standards to limit potency of vitamins and minerals or regulating them as drugs based on their potency or combination. FDA also sought to require a disclaimer on nutrient supplements which would read as follows: “Vitamins and minerals are supplied in abundant amounts by commonly available foods. Except for persons with special medical needs, there is no scientific basis for recommending routine use of dietary supplements.” Not surprisingly, this was met with massive public opposition and resulted in the passage of the Proxmire Amendment of 1976 to prohibit FDA from enforcing this policy.

Take note that it was vitamins and minerals that were the first to be challenged in the 1970s. Then, in 1992, FDA once again attempted to reset the playing field by creating a task force to study the regulation of dietary supplements and to provide recommendations to the commissioner. These recommendations included classifying many non-nutrients as drugs, such as botanicals and amino acids. DSHEA was a response to this and other FDA policies and actions of that time. DSHEA was not created as an offensive strategy. It was a defensive strategy in response to an FDA initiative not unlike that of 1973. In short, it was designed as a shield to protect all of the spectrum of dietary supplements known at the time. And while the broad definition of dietary ingredients has often been criticized, without it many important categories in this industry would simply not exist, or, if they did, it would be in the shadows and the margins.

Procedures. DSHEA anticipated that new dietary ingredients would come along, that updated GMPs were necessary, and that structure/function claim notices should be filed with FDA. These procedures, if set up, administered and observed, provide the safety net to filter out unsafe products, non-compliant companies and unsubstantiated claims. This is where both FDA and industry are at fault. Failure to promptly set up these procedures, and failure to comply and enforce them with a rigor appropriate, given the stakes involved, is what should have happened. The charge of “unregulated” makes sense to the average consumer who spends any time on the Internet, watches late night TV programs, and so on. The “unregulated” mantra is sticking, simply because it makes sense based on what the average consumer sees and hears.

The Design. Those calling for the dietary supplement industry to be regulated will not be satisfied if the procedural problems are corrected. They want a new design: premarket approval. This is why it is so critical for the industry to discuss and decide what next steps we are prepared to take in response to these charges. Our history suggests an escalation of tensions that spill into legislative action, but unlike 1976 and 1994, we would not be seeking Congressional oversight of FDA. Rather, it would be the other way around. And so, the status quo is not a promising business model, and conceding to premarket approval is not a viable option for industry or the FDA. Frankly, no one is willing to pay for a premarket approval system if there is no definable return on investment. In our case, there is not. Our attention should therefore be focused on aggressive self-regulation in the short term and thoughtful consideration of what our next generation space shuttle should look like.

What are next steps to improving the business model and/or regulatory landscape for supplements?