When the expectation outpaces the achievable, reform is the only answer

An industry veteran with experience on the ingredients side and in finished products. Steinford runs the Algae Astaxanthin Association and the CoQ10 Association.

When expectations follow a trajectory that veers from reality, a collision with trust and confidence becomes inevitable. In the case of supplements, that kind of slow motion train wreck is already piling up on the track that connects a too-often sloppy supply chain to consumers yearning for a level of trust the industry seems ill-prepared to provide.

And the most dangerous stretch of that track runs through China.

The problem in China, and around the world, seems inherent to the industry because ingredients are largely seen as commodities. As such, the origin and process of manufacture is deemed a distant second to price. Ingredient quality is measured through testing rather than physical audits so only a snapshot of the ingredient at acquisition is assessed, and the factors of process and production standards are often ignored. Despite all the pressure, awareness and interaction between ingredient manufacturers and ingredient purchasers has diminished instead of increased over the past decade. 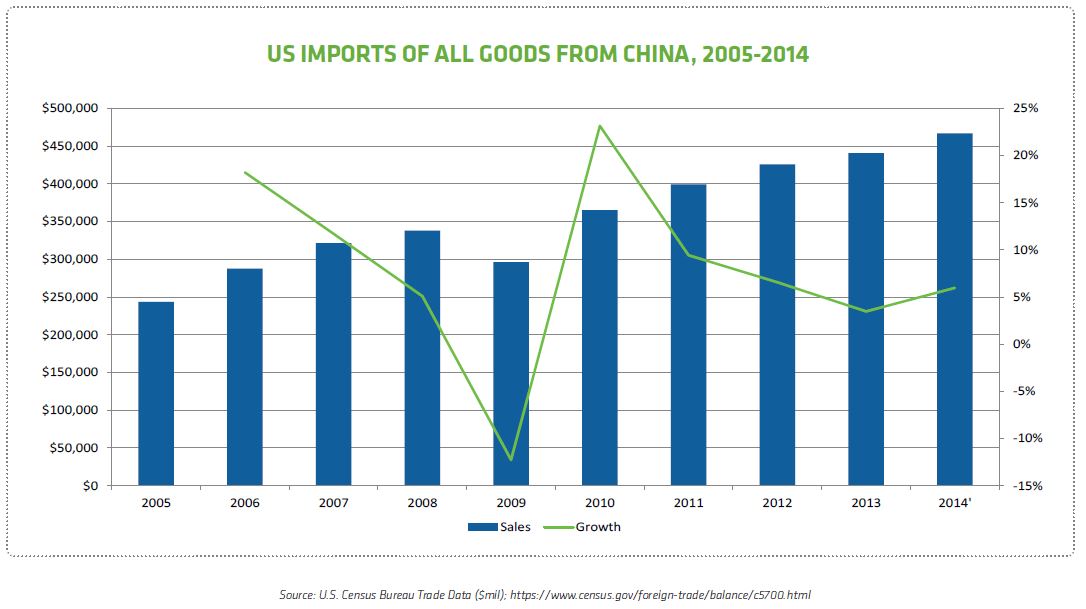 At the same time, the expectation of transparency from the regulatory environment is growing, and yet the understanding from the ingredient manufacturers is not keeping up with the requirements. Few of the manufacturers are fully knowledgeable about the recent Food Safety and Modernization Act changes and the higher production standards mandated by the replacement of 21 CFR 110 with 21 CFR 117. The collective response has been slow to non-existent. The primary focus of the FSMA changes involves the application of the Hazard Analysis and Critical Control Points (“HACCP”) program previously applied to seafood, juice and retail/food. The FDA is now applying the program to the rest of the food industry including dietary supplements. Language in 21 CFR 117 provides greater detail involving other sections of the previous part 110 as well as a creation of another set of record keeping requirements referenced as Hazard Analysis and Risk Based Preventative Controls “(HARPC)”.

The rules and standards to secure both the supply chain and the public trust are there, but not nearly enough companies are following them. And those are domestic laws for domestic companies. Step over the border and the standards get murkier. In China, the situation gets even more complicated.

This approach and attitude is strikingly different from what the consumer expects and what most brands portray. Consumers expect the highest quality standards possible for all elements of the products they purchase and certainly the ones they ingest. However, few brands perform the basic due diligence of verifying the authenticity of the manufacturer, particularly in China, and instead rely on information provided through the distributor with little or no interaction with the actual manufacturer. Speak with almost any ingredient manufacturer in China and you find their knowledge of their customers is minimal and their interaction is no better. Physical audits of ingredient manufacturers by brands are typically performed by a mere handful of companies.

Trading companies have been a staple for manufacturers of Chinese products dating back to the silk trade. The distributor “middle man” was, and is, necessary for overcoming obstacles such as culture, language and currency differentiations. Distributor-driven marketing, of course, is not limited to China, but the size of the industry there compounds the size of the problem. There are exemplary Chinese companies that have made great strides to improve both communication to their customer and transparency of their process. It is not fair to say all Chinese ingredient manufacturers lack transparency nor is it appropriate to singularly point to Chinese ingredient manufacturers as being the cause or culprits relating to decreased transparency. But, the sheer volume of the ingredients provided to the dietary supplement industry, as well as the language, communication and supply chain challenges make the problem exponentially larger than other geographies or cultures.

The historic and current supply chain model by Chinese ingredient manufacturers further complicates the issue. Fifteen years ago, the shift from western manufacturing sources to Chinese manufacturing sources began to accelerate just as federal regulations and requirements of brand holders began to increase. At the same time, with the advent of internet research, the consumer has increasingly become more demanding of product quality, responsibility and transparency. When ingredient manufacturing was largely based in Europe and the United States, knowledge of manufacturer identity was less of an issue. Establishing that level of relationship and responsibility in China will be no easy task.

Getting back on track

The change that prevents the transparency collision can come from newly implemented FSMA actions, consumer group investigations or a variety of other sources. Every player in the industry, and every link in the supply chain, from China to the shelf at Whole Foods, has to get involved.

Until that happens, the collision is inevitable, and, as happens in every collision, there will be damage. Somebody is going to get hurt, and it just might be all of us.