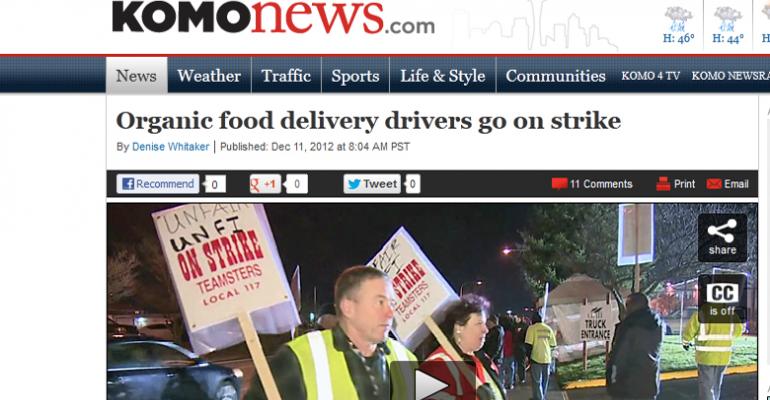 UNFI drivers in Washington took to the picket line this week after a months-long contract negotiation process.

"These folks make 25 percent less than the rest of the industry in total wages and compensation, and this company is experiencing record profits in the billions," Wiest said.

UNFI released a statement about the strike, writing, "The Union's claims that UNFI has engaged in unfair labor practices are entirely baseless and without merit. To date, the National Labor Relations Board has not found any instances of UNFI committing unfair labor practices, although the NLRB did find that the Union threatened UNFI's employees with loss of employment if they crossed the Union's picket line. The Union continues to misrepresent the situation and undertake a smear campaign in an effort to damage UNFI's reputation."

KOMO 4 also covered the strike of a dozen to a couple of dozen workers, including video coverage of the TV report.