Recent
Latest
Sponsored Content
The goodness wrapped in a certified organic seal – video
Podcast: What brands need to get on shelf at Fresh Thyme Market
May 24, 2022
Natural Habitats releases Palm Positive+, A Reference Guide
May 24, 2022
The Planting Hope Company aims to prove gender equity leads to success
May 23, 2022
Trending
Whole Foods' honors 30 companies with 10th annual Supplier Awards
May 18, 2022
Getting ready for 2023: Trends for brands to consider
May 17, 2022
6 tips to promote consumer understanding of Certified Organic
May 18, 2022
Natural beauty market trends
Jun 16, 2021

When it comes to GMOs, Sambazon says ignorance isn't bliss 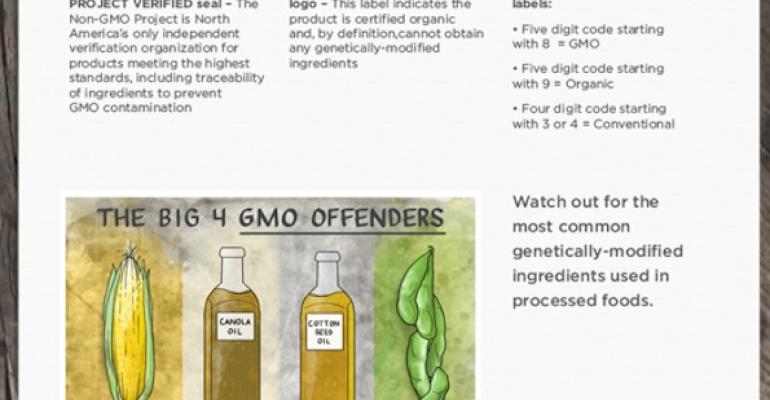 Most proponents of the non-GMO movement pinpoint the organisms' potential hazards. We are the largest science experiment ever to take place, experts argue. We are ignorant of GMO's side effects. GMOs increase herbicide and pesticide use. Massive seed companies control the global food supply. Most recently, a French study caused a tidal wave of anxiety when its findings suggested that GMOs caused tumors in rats.

Sambazon, maker of açai-based products such as beverages, supplements and even ice cream, recently launched a campaign called Knowledge Is Bliss aimed not to scare consumers into buying USDA Organic or Non-GMO Project verified products, but to celebrate people's power to know what's in their food.

“We’ve always been strong proponents of organic and non-GMO foods, and we’ve always thought it’s important to have consumers be educated and informed particularly when it comes to what goes into their bodies,” explained Sambazon’s Brand Director Ryan Therriault.

As October is non-GMO month, Sambazon’s goal was to leverage social media outlets—such as Facebook and Twitter—to convey that people actually can choose what they put into their bodies. “We took a more playful tone on the adage "ignorance is bliss," said Therriault. “This is a campaign to empower consumers about label transparency.”

Sambazon, a California-based company, is a supporter of Proposition 37, and has donated $10,000 to the California Right to Know campaign.

Sambazon’s Knowledge Is Bliss allows followers on Facebook to not only access infographics offering tips on how to avoid GMOs (such as the one below), but also to download coupons for deals on other companies selling non-GMO products including Lundberg Family Farms, Nature’s Path Organic, Earth Balance, Mary’s Gone Crackers, Uncle Matt’s Organic and Vapour Organic Beauty.

“Providing an incentive to support organic brands allows people to vote with their dollars,” said Therriault.

Check out Sambazon’s user-friendly infographic below. 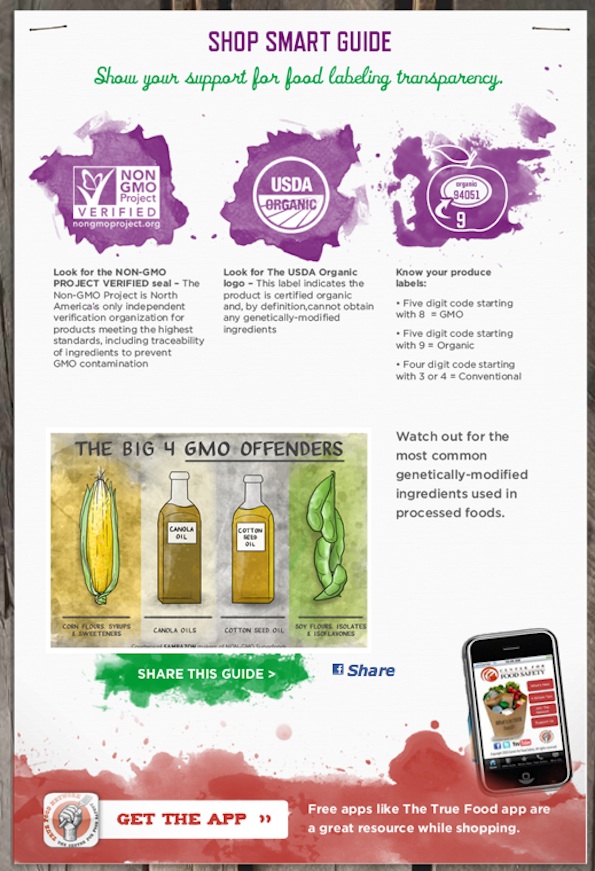 How has your business supported the non-GMO movement? Share below.