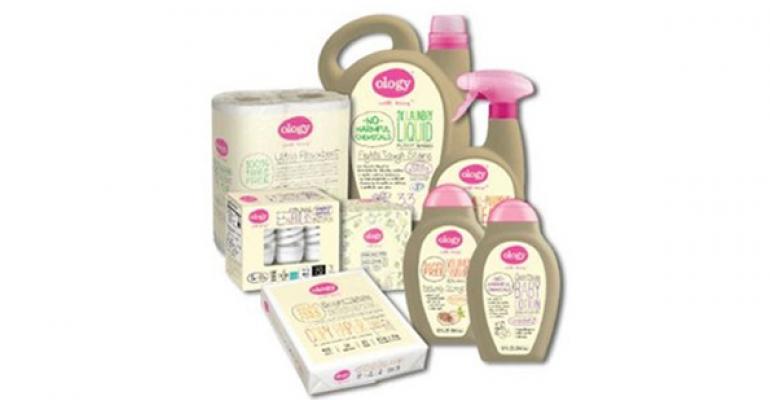 Walgreens recently debuted its new line of natural household and personal care products. What drove this brand launch and will it help attract new natural consumers into stores?

The largest drugstore in the United States is getting a makeover, and it’s clear this $72 billion per year company believes green is the new black.

Earlier in 2012, Walgreens transformed nearly 200 of their drugstores into "Well Experience" stores. Naturals Foods Merchandiser reported in May that "the upscale stores boast amenities one might expect to find at Whole Foods or other natural retail stores." Some stores have surprising amenities like a “fresh sushi station; made-to-order smoothie bar; coffee and fresh bakery counter; expanded natural and organic section offering fresh fruits, vegetables, wraps, sandwiches and salads—even Growler Bars, where customers can refill glass bottles with local craft beer.”

Some forecasted that Walgreens was primed to vie attention from health and wellness consumers who typically shopped at independent natural products retailers and co-ops.

This past week, Walgreens unveiled their next phase to capture new natural audiences: Ology, “the first nationally accessible and affordable brand formulated to be free of harmful chemicals,” according to a press release. Ology includes baby and personal care products as well as household cleaners.

Ology’s products also include sustainable living items such as “tree free” toilet paper, paper towels, and tissues made from sugarcane husks and bamboo. The line even has CFL light bulbs and copy paper made without lint (“so it runs through printers more efficiently”).

While Walgreens is widely known for selling conventional, big-brand items such as Tylenol, Crest toothpaste, and pharmaceuticals to name a few, many Walgreens outlets also carry natural and organic products, such as Aura Cacia, Seventh Generation and Derma e.

In tandem with Walgreen’s Ology launch, the drugstore also released Happy And Healthy, Your Guide To Living Well With Walgreens, a bi-annual, 28-page magazine featuring promotions, healthy living tips, and Balance Rewards loyalty program offerings. The magazine “will be inserted into millions of Sunday newspapers and also available in-stores nationwide … the total circulation is expected to be approximately 65 million,” reads a press release.

Ology products will also have a lower price point than other green brands. For example, Ology’s Laundry Detergent, that can handle 33 loads, will cost $4.99 with a Balance Rewards card. Tide typically retails at $8.99.

Staying ahead of legislation

The Ology launch is Walgreen’s response to the increased demand for nontoxic household and personal care products. Over the past decade, consumer safety advocates have made consumers more aware of toxic ingredients such as phthalates, triclosan and BPA, as well as improved efficacy of natural alternatives.

A partnership with consumer-safety group Healthy Child, Healthy World seems to align Ology’s products with new moms, a key demographic driving growth of the natural and organic personal care category, now valued to be an $8.7 billion chunk of the $60 billion overall cosmetics industry; it saw a 7 percent boost in sales last year.

Sales of green cleaning products also have experienced impressive growth, starting with an explosive 37 percent boost in 2007 after well-publicized research linked cleaning-product chemicals to conditions ranging from asthma to reproductive problems. Though growth has slowed to a modest 1 percent today, corporations such as Clorox continue to invest in green alternatives (Clorox GreenWorks) as consumer safety groups offer more consumer resources. The Environmental Working Group, for example, added a 2012 Guide to Healthy Cleaning to its Skin Deep Cosmetic Safety Database just this year.

Ology’s marketing efforts tap Healthy Child, Healthy World to educate on the risks of common household chemicals, including impairment of a child’s health and brain development, and a list of the line’s no-no ingredients like chlorine bleach, DEA (diethanolamine), formaldehyde, triclosan, and artificial dyes and fragrances, among others.

In addition to demand for safer products, Walgreens also cites pending chemical legislation as an important reason for introducing nontoxic personal care and household cleaner options. The Safe Chemicals Act would be the first change to federal chemicals regulation since the Toxic Substances Control Act (TSCA), passed in 1976. The Safe Chemicals Act would require companies to test for the safety of a chemical before it reaches retailers and consumers.

When viewing the first online issue of Happy And Healthy (named the holiday 2012 issue), it’s apparent that Walgreens is attempting to attract consumers who have rudimentary participation in the natural space.

The content in Happy And Healthy features interviews with celebrities and tips from leaders in the health and wellness world in order to make natural living more accessible. For example, the magazine contains Dr. Oz’s advice for healthy travel, an interview with country music star Taylor Swift, and even diabetes-friendly cooking tips from Paula Deen (while there are certainly more qualified people to offer living-with-diabetes advice, Paula Deen has huge notoriety with mainstream consumers).

In the centerfold, the magazine debuts its Ology line by urging moms and moms-to-be to examine research connecting chemicals in personal care and household products and childhood diseases like asthma, allergies and autism. Happy And Healthy also features a sidebar on a “Yoga Sun Salutation Sequence,” enhancing the potential to connect with consumers who have a desire to be healthier, but have yet to take the initial plunge.

But why is Walgreens shifting its vision from retroactive treatments to preventive health? After all, its pharmaceutical department filled 819 million prescriptions in 2011, and pharmacy is 65 percent of the company’s business, according to an annual report.

"There's a groundswell of the American consumer who's recognizing that it's cheaper to stay healthy than it is to go to the doctor," Thom Blischok, chief retail strategist and senior executive advisor to retail at New York-based Booz & Company, told NFM. "So we're seeing the drugstore industry increase its presence in diagnostics."

But in summer 2011, Walgreens became entangled in a dispute with Express Scripts, a pharmacy benefit manager that works as a middleman between dug makers and employers. As a result Walgreens lost more than “$4 billion in revenue… and set off a steep decline in Walgreen’s share price,” says an article in the New York Times. Droves of Walgreen’s pharmacy customers migrated to other drugstores such as CVS to fill their prescriptions.

In July of this year, Walgreens and Express Scripts reached an undisclosed agreement to resume their business, which went into effect Sept. 15, 2012.

Losing such a massive portion of pharm sales to other drugstores was certainly a fiscal blow to Walgreens. Even Walgreens CEO Gregory Wassan admitted that challenges lie “ahead in bringing customers back who switched pharmacies in a year-long dispute with drug benefit manager Express Scripts,” according to an article in Forbes. Isn’t it possible the company turned it's focus to preventive health and wellness to jerry-rig slumped pharm sales?

Or has Walgreens simply recognized that natural shoppers are no longer a fringe demographic? That their consumers are increasingly interested personal care and household product legistlation, such as the Safe Chemicals Act.

If you ask Walgreens, Ology is a way to reflect their "ongoing commitment to help people get, stay and live well,” said Joe Magnacca, president of daily living products and solutions for Walgreens.

Do you think Ology will help Walgreens attract a more natural consumer? Or do you think shoppers will shun this new, drugstore-created brand? Leave your thoughts in the comments below.