Are these 4 in-store technologies right for you and your customers? 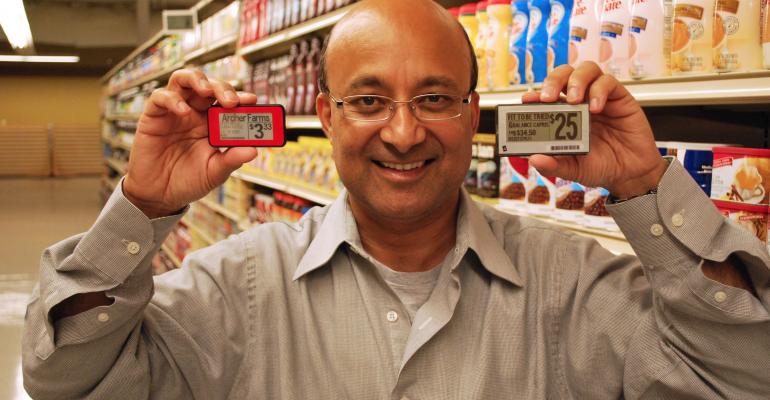 Here&#39;s a breakdown of new technologies taking root in store aisles and suggestions for how you can determine whether they&#39;re right for you and your customers.

Shannon Hoffmann, owner of the Kansas-based GreenAcres Market chain, knows she can't ignore new technologies being developed for grocery-store aisles like hers. "It's very important for our industry to be aware of technology," she says. "It matches up with who our customers are: They are very aware of new developments. And I think that the way our industry is growing now, you have to pay attention to all of it."

This is why, as the Hoffmann family prepares to open new stores, they are evaluating which technologies will best help customers navigate the aisles. Still, Shannon's reluctant to jump on the latest fad. "You could spend a lot of time and money bringing in things that don't necessarily add value," she says.

Many retailers are struggling with such decisions as grocery technologies move beyond computerized inventory systems and digital point-of-sale options to high-tech advancements on and around the actual store shelves. But which of these developments improve the customer experience, and which detract from natural retailers' unique positioning? The answers aren't always clear cut.

"There's a great attraction for retailers and companies to come up with technologies they think shoppers need," says David Wright, senior communications associate at The Hartman Group, a Bellevue, Wash.-based consumer behavior consulting company. "But often you have to step back and ask, 'Were your shoppers really having a problem to begin with?'"

Here's a breakdown of new technologies taking root in store aisles and suggestions for how you can determine whether they're right for you and your customers. 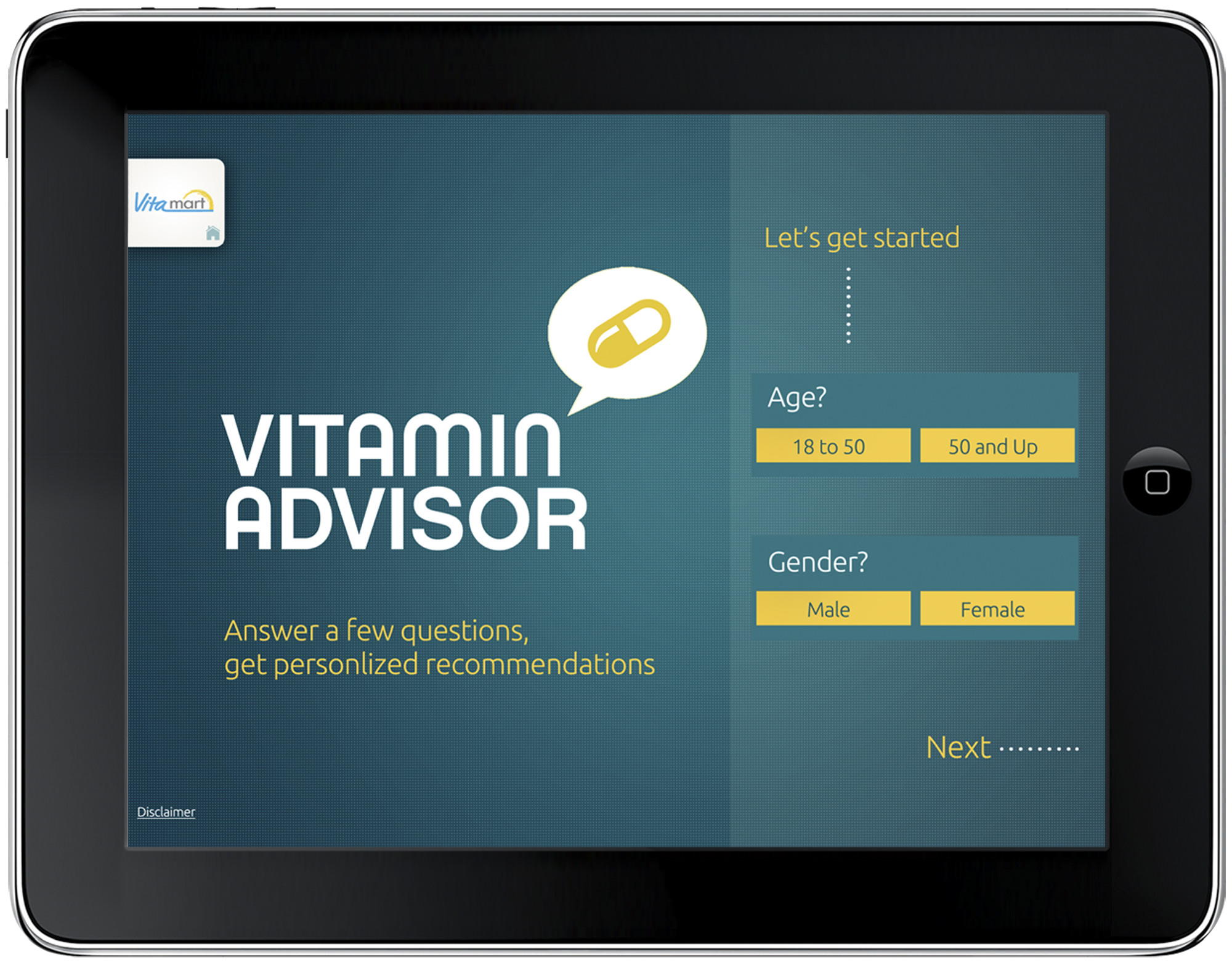 One of the first forays into digitizing grocery aisles was informational kiosks. "For quite a while, they were considered the central way to influence shoppers apart from grocery store employees," Wright says. Such technology proved especially beneficial after health and wellness concepts took hold in the late 1990s and consumers looked for guidance to decipher the complexities of ingredients and supplements. Touch-screen kiosks, which provide interactive access to professionally vetted information, were deemed a practical way to help shoppers navigate the nutritional landscape while pushing out individualized offers based on customer input, Wright explains.

But then came smartphones. "Consumers are in charge now; they have mobile devices," Wright says. So what use do kiosks have if shoppers can access similar information from their iPhones? Also, don't computerized stand-ins for store personnel seem to go against everything natural retailers stand for? "From shoppers' perspectives, they would still like to talk to a real person," Wright says. "For natural retailers, that is still one of their points of distinction."

That is why retailers should see kiosks not as a substitute for staff interaction but as an addendum to it, says Skye Lininger, CEO of Portland, Ore.-based kiosk company Aisle7. Lininger says Aisle7's databases of medical information, diet recommendations, recipes and lifestyle tips, accessed via in-store iPad kiosks that cost between $4 and $10 per unit per day, can be seen as a means of employee training and support in workplaces used to high turnover. "This is a tool that helps make employees effective from the first day they start working for you," he says, because they can use the kiosks to quickly access information about everything from medical conditions to drug-supplement interactions. "As staff members become more experienced, they become less reliant on them," Lininger says. "Kiosks become a brand enforcer for the store, rather than taking away from the high-touch feeling."

Digital price tags, which involve small LCD screens controlled via a wireless communication system, have for the most part been reserved for larger retailers such as Kohl's. But the time is right for natural retailers to get in on the action, says Sunit Saxena, CEO of Altierre, a San Jose, Calif.-based e-signage company.

For one thing, he says, the old-fashioned pricing system is the furthest thing from earth friendly. A typical conventional supermarket goes through 5,000 to 10,000 price changes a week, according to Saxena, which at five to six price tags per page equals a weekly consumption of 1,000 to 2,000 sheets of paper. "It's staggering," he says, noting that not only do his company's digital alternatives—which cost about $5,000 to install in stores smaller than 50,000 square feet—significantly cut waste and labor costs, but the LCD screens also "get a lot more creative than a static piece of paper."

Along with pricing that can be changed in real time, even several times a day to offer different sales to different kinds of shoppers, Altierre screens can display additional information such as health details and gluten-free alerts. "Retailers can communicate with their audience about the benefits of their products—and stop wasting paper," Saxena says.

But Jay Jacobowitz, president of Brattleboro, Vt.-based natural products consulting firm Retail Insights, says there's a reason many retailers have yet to adopt electronic price tags, which have been around for years. Yes, the screens might cut down on paper waste and price-changing duties, but you still have to hire and train people to organize and disseminate all the new electronic information. "You are trading one labor function for another, but I don't think you are reducing overall labor," he says.

Then there's the aesthetic consideration of placing electronic signage all over your store, Jacobowitz points out. "You can get a lot of digitized technology for retail, but does it fit with the nature of the shopping experience you want to provide your customers?" he asks. "When I see digital technology, it doesn't convey to me a sense of warm fuzziness. It conveys a sense of Big Brother." As other retailers become increasingly high tech, natural stores can offer a refreshing alternative. "The human touch may become more valuable because
it is a scarce commodity," Jacobowitz says.

The same aesthetic concerns come up for video screens mounted in grocery aisles, says The Hartman Group's Wright. "Shoppers have enough distractions," he says. "They don't need TVs distracting them, too."

At the same time, when done well, video presentations and other multimedia tools might offer unique opportunities for natural retailers. "When consumers are browsing on the Internet and investigating food, they are much more interested in the story behind it," Wright says. And thanks to the proliferation of low-cost, high-definition video cameras and production tools, it's increasingly easy to capture the stories of local food producers and disseminate them via store websites or unobtrusive in-store monitors. "Getting those narratives, asking producers about their stories, putting them out on your website and allowing consumers to make some kind of connection to them—that's a big deal," he explains.

"The biggest new trend in retail since the advent of Internet connectivity is the advent of mobile," says Lee Holman, lead retail analyst for Franklin, Tenn.-based retail and hospitality research firm IHL Group. From mobile POS services to store associates armed with handheld devices to coupons and offers being pushed to customers' phones via QR codes and location-based apps, the opportunities seem endless for mobile technologies.

But these opportunities can also give rise to new challenges. "While many retailers are saying, 'We want to incorporate mobile into our stores,' the problem is only about one-third of them have a rational road map for how to do so," Holman says. Finding the right employees to manage these new services entails looking for people who are not only fluent in technology but also understand customer needs and natural retail positioning.

And while the idea of customers using their phones to purchase products mid-aisle might sound exciting, the development raises a host of questions: How do you deliver receipts? How do you bag the groceries? How do you let shoppers leave without rechecking everything in their carts? "Those are all operational issues retailers have to think about before they ever put the first device in their store," Holman says.

Tech or no tech?

Ultimately, Retail Insights' Jacobowitz says it's not about which in-store technologies work and which don't. Rather, it's about which technologies fit with the unique needs and atmosphere of your store. "For independent retailers, the first question to ask is what experience you want to offer customers," he says. "The second question is what service level you want to provide."

Those technologies that fit with the shopping experience and service levels you want to deliver might be worth consideration. Those that don't? Take a pass.

That's exactly how Hoffmann at GreenAcres is evaluating potential technologies for her grocery aisles. "Because of the size of our stores, customers can't make it through without interacting with a team member—and we want to keep it that way," she says. "We know there are areas where we could utilize technology. But for every option we evaluate, we consider whether we'd still be in touch with our customers. If you lose that contact, you become just another grocery store."

Use mobile apps to connect with natural products shoppers
Jan 25, 2012

Retailer Roundtable: How is your store using mobile technology to engage customers?
Apr 02, 2012