Beautify your store & community in one brush stroke 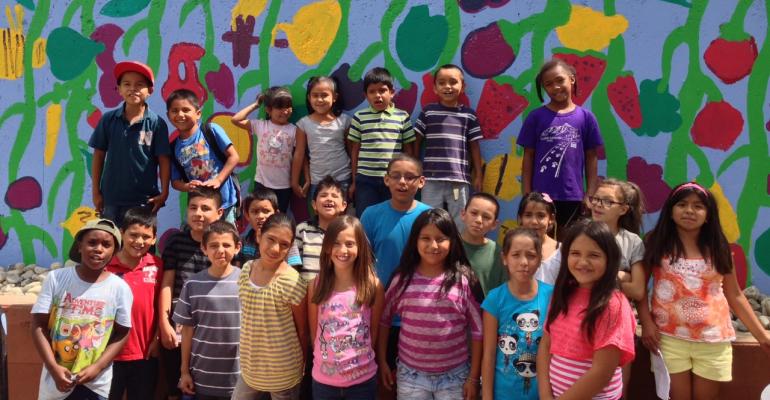 Garden in the sky mural a successful project all around

What do an art museum, elementary-aged summer program and a natural retailer have in common? Not much at a glance—but a little creativity brought the three together in Boulder, Colo., this summer to create a mural masterpiece that made Alfalfa's more vibrant and the junior artists more health-aware. 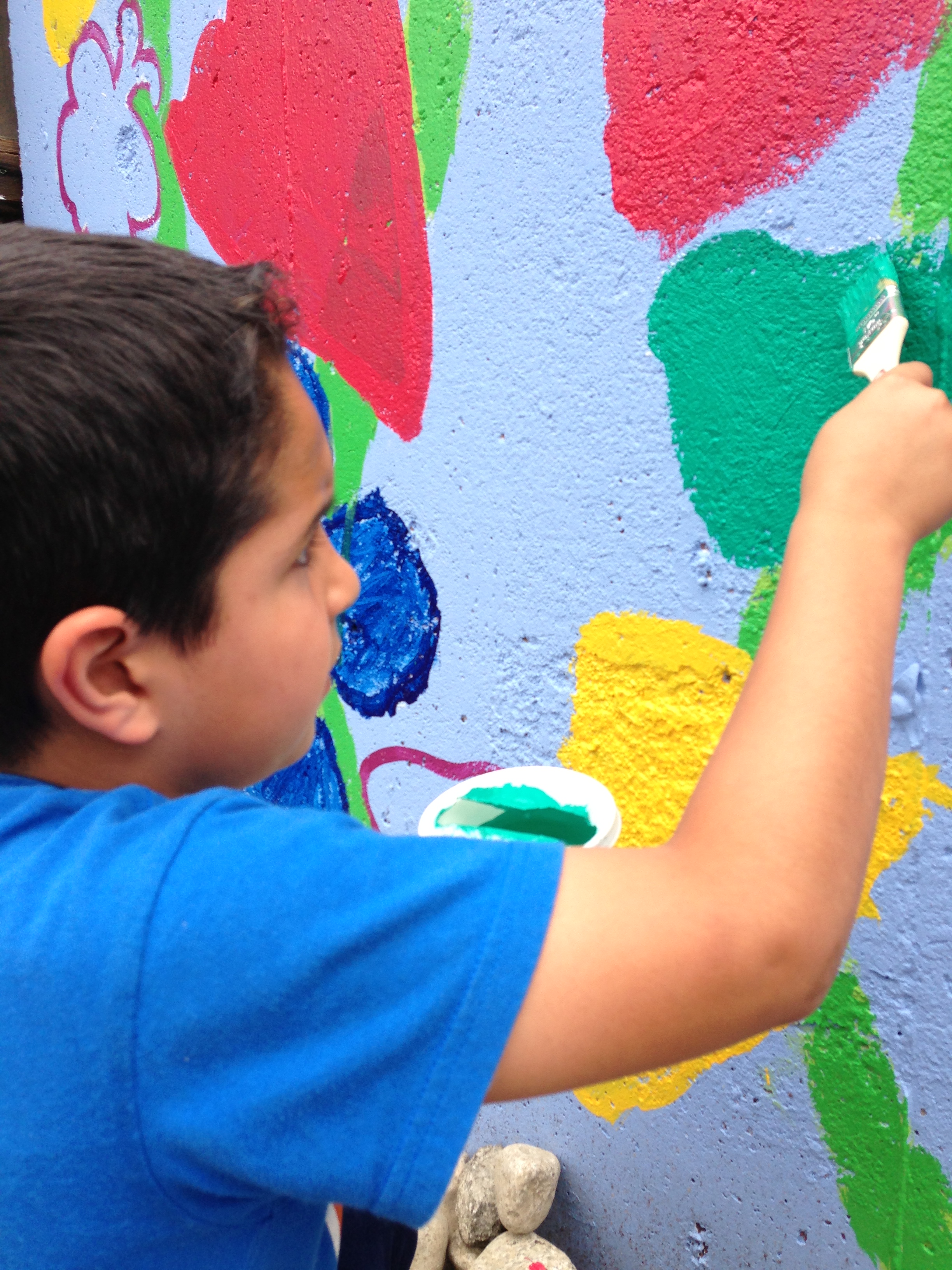 "The reason we did the mural was that we had that big, ugly wall—the paint was chipping off of it," according to Edmee Knight, Corporate Administrative Coordinator at Alfalfa's Market. "There's a staircase that winds down next to it, and a lot of students and people will use that staircase to get to the store."

Instead of putting employees to work on the wall, Knight reached out to the Boulder Museum of Contemporary Art (BMoCA), and into the community the project went.

"We actually did fund raising to pay for all the paint," reports Knight. "We have these tip jars out by all the cash registers, and each month we donate to a different nonprofit or fundraising cause." June's raised funds went toward BMoCA's Art Stop on the Go program that works with underserved children by offering an outlet to be creative.

Mural momentum got rolling when BMoCA connected Alfalfa's with the Family Learning Center, an organization serving children and families of limited incomes. "I love that the kids ranged in age from 5 to 12, and everyone we tell that to is superimpressed," says Shannon Crothers, director of education for BMoCA. 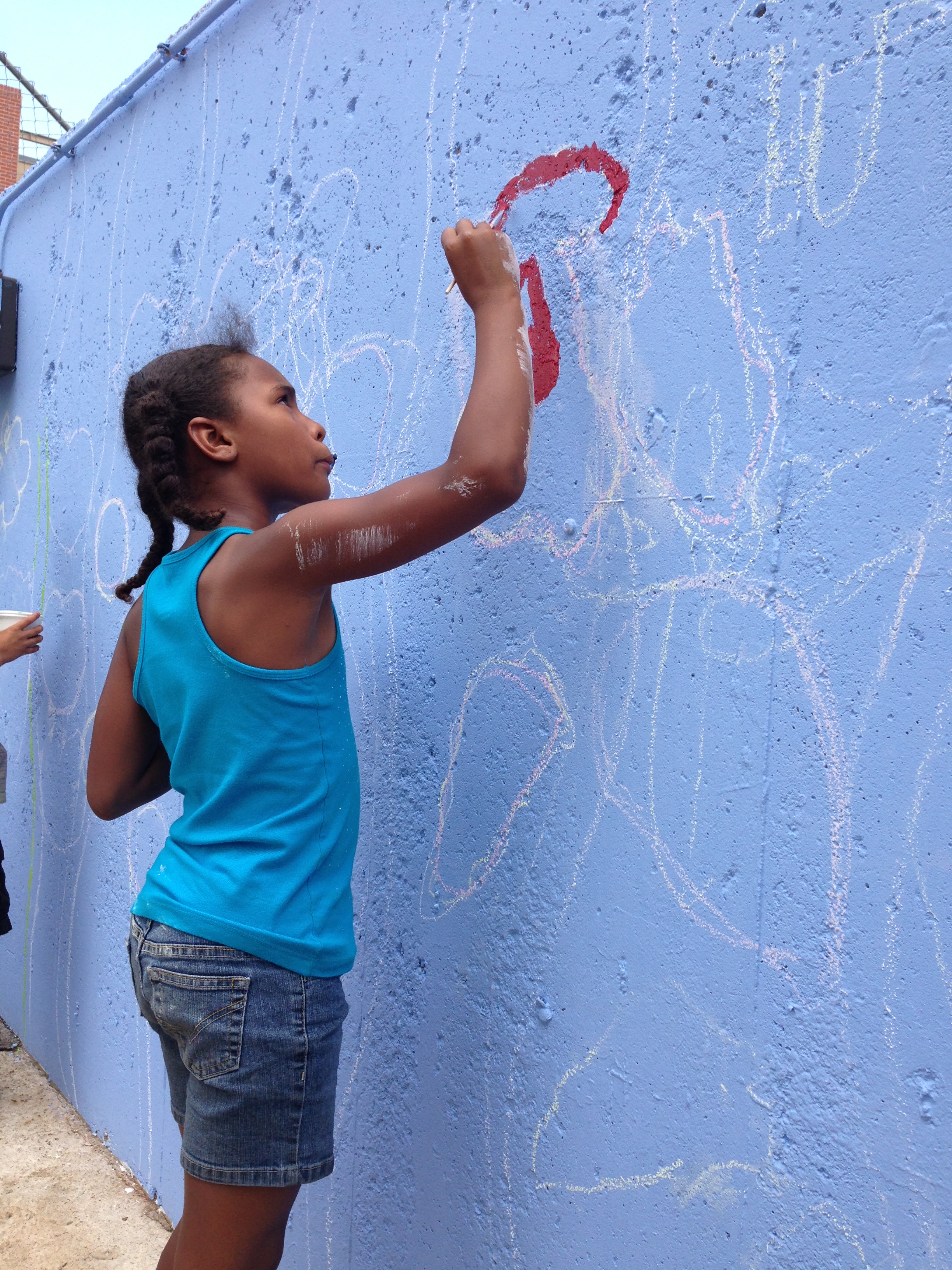 The moment that stood out most for Crothers: "When we asked the kids why it was important to eat locally, they had some funny responses, like 'That way, the food doesn't come from China or somewhere like that.'"

Eric Schmidt, elementary program director for the Family Learning Center, says the kids in his camp came away with a lot more than paint on their hands: "The process was just as rewarding as the end result. Throughout, we explored important topics, such as the role of pollinators, local and organic farming, and the benefits of a healthy diet."

Garden in the sky

The completed mural spans 20 feet and reaches 4 feet tall in the retailer's parking lot—creating a more inviting space to have lunch, take a break and take in some abstract art. "The children named it garden in the sky, isn't that cute?" Knight remarks. 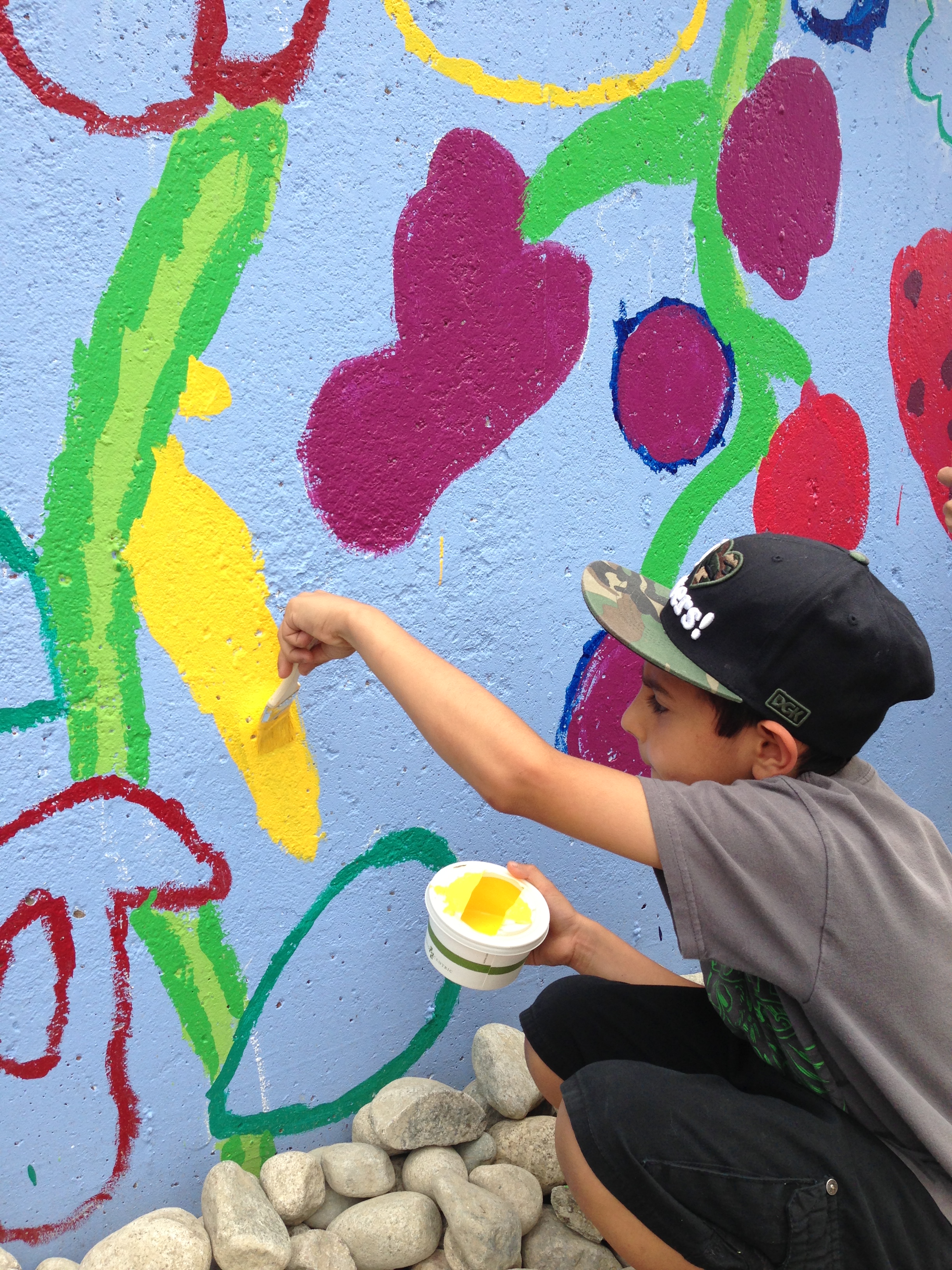 Coming from Philadelphia, a city she says is half mosaic, Knight was shocked at the underwhelming amount of public art upon moving to Boulder, being such an artistic and strong community. "That was part of it; we wanted to just increase public art in the Boulder community. Why have big ugly walls when you can have cute 12-year-olds paint fruit and vegetables on it?"

"Alfalfa’s was very supportive of the project," says Schmidt. "Members of the staff frequently stopped by to meet the kids and see the progress. Alfalfa’s even hosted a community event with an unveiling of the mural, which many of the kids and their families attended."

"Projects like this help to connect kids to their community," he goes on. "Meeting new people, exploring new places and learning to work together are all valuable components of their social development."

Now what the three organizations have in common: a community-inspiring work of art.