Can we feed the world with food waste? 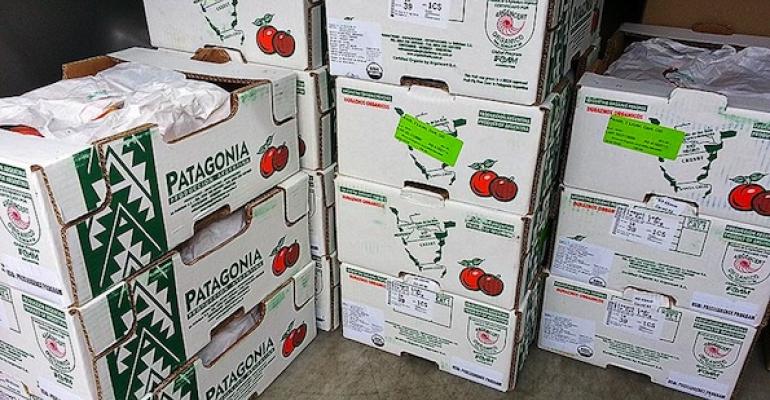 Organic Connections, the magazine of Natural Vitality, explores how one organization, We Don&rsquo;t Waste, brings unused food to those in need. Could a similar model work for your store?&nbsp;

It is estimated that 40 percent of the food in America goes to waste, and most of it ends up in landfills—while an ever-expanding segment of the population is going hungry.

Over the last three years, a remarkable organization called We Don’t Waste, working in and around Denver, Colo., has recovered approximately 800 tons of unused restaurant-grade food and delivered it to those in need within the area. It is an example that could be taken up by any city in the nation.

We Don’t Waste was the brainchild of attorney Arlan Preblud. “My wife and I had volunteered at various nonprofit agencies in the city,” Preblud told Organic Connections. “Over a period of time I recognized that there was a gap that wasn’t being filled by the type of food that was being provided to those people who were most vulnerable. I had some pretty good connections in the restaurant business, so I began talking with them. I found out that most of the time when they had unused food, they would throw it away. I asked if they would be willing to donate it, and of course all said that they’d be happy to do that. I then checked with the community-based agencies and found that they would be most happy to receive this food. I began putting this operation together.”

Today, Preblud and We Don’t Waste have more than 50 food donor organizations and provide food to more than 40 different community-based agencies, which then forward it on.

Shortly after founding the organization, Preblud discovered that the lion’s share of food waste actually occurred at major sporting, concert and convention events. He switched the majority of We Don’t Waste’s focus—and it paid off big time.

Preblud gave an example of one football game. “At Sports Authority Field at Mile High, there are 141 suites that are occupied during every Denver Broncos football game,” he explained. “Those suites are catered by a single company. Once the game is over and the suites are empty, our volunteers go through and they collect all the unused food that is in the suites.”

The astounding fact is how much there is. “We usually collect approximately 4,000 servings,” Preblud continued. “That’s servings of everything from sliders to scalloped potatoes, to chili, to tacos, to roast beef, prime rib, pork tenderloin, barbecued chicken, barbecued ribs, and vegetables. It’s all nutritious restaurant-grade food, and we are thankful that we are there to recover that food.”

But that’s not all. Within the same venue, a couple of days after the event, We Don’t Waste also collects all the unused food from concession stands—and that, too, is donated to those who need it.

Conventions are another prime target for the recovery of wasted food. “Colorado Convention Center is a major convention venue in this part of the country,” Preblud said. “Every time there is a convention, people that are hosting the convention have the caterer there prepare breakfast, lunch, and sometimes dinner. Invariably there are meals that are not consumed, so they will call us. We have picked up on occasion as many as 1,600 boxed lunches that were prepared for conventioneers.”

An important benefit to the We Don’t Waste service is the quality of food. “If you were to drive to a food pantry on a day that they’re handing out food, you would see a large number of people that are waiting in line,” Preblud related. “You would look at them and you would not begin to think that they are food insecure because, generally, they are overweight. Well, the reason that they are overweight is because they’re eating food that is not healthy for them. As a result, you have all these health issues—high blood pressure, diabetes and obesity.

“On the other hand, the food that we turn around and give to these agencies is really nutritious restaurant-grade food. That’s not to say that it’s totally organic—but for the most part we’re giving them healthy, prepared food. So we augment the food supply of the various entities that we work with. We know from experience that people are really anxious when we pull up, because they know that what’s going to be on the serving line that day or the next day will be a lot different from what they’re normally accustomed to getting.”

The demand for an organization such as We Don’t Waste is only growing, and Preblud feels the pressure. “The need is ever increasing,” Preblud pointed out. “There’s more food out there that’s available for us to pick up. It’s just a question of us having the ability to do so.”

Preblud is constantly seeking and finding increased funding to expand their services—and they’re in Denver to stay. “One of the questions that we’re asked most often is, ‘When are you going to come to another city?’” he said. “But we’ve been around just three years in Denver and we have a long way to go here. We need to hone our skills here and improve what we do in this community—there are more agencies that we could serve when there is more food available. As an example, we just brought on the University of Colorado Hospital at the Anschutz Medical Campus, which is a huge complex. We’re recovering all the food out of their kitchens, and this allows us to expand to other facilities that we serve.

“At times we’re stretched—but we never have a day where we don’t have the ability to get out all the food that we’ve secured,” Preblud concluded. “We never throw anything away, and we’ll continue to do that one day at a time.”

Like what you're reading? Read more from Organic Connections.