HomeBusiness ResourcesRetail and DistributionLegacy natural product companies, retailers share lessons for the future
Recent
Latest
Sponsored Content
Organic agriculture and its impact on ingredients and the planet – webinar
Sponsored Content
The goodness wrapped in a certified organic seal – video
Podcast: What brands need to get on shelf at Fresh Thyme Market
May 24, 2022
Natural Habitats releases Palm Positive+, A Reference Guide
May 24, 2022
Trending
Getting ready for 2023: Trends for brands to consider
May 17, 2022
Whole Foods' honors 30 companies with 10th annual Supplier Awards
May 18, 2022
6 tips to promote consumer understanding of Certified Organic
May 18, 2022
Natural beauty market trends
Jun 16, 2021
Natural Foods Merchandiser
brought to you by 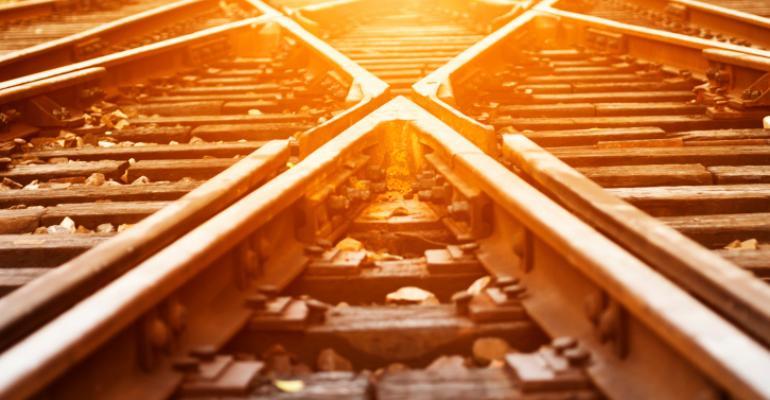 Industry pioneers Sawall Health Foods, Nature&#39;s Path Organic, Presence Marketing and Nordic Naturals, share how they have not only survived but thrived as the industry has changed.

When Frank Sawall opened his 800-square-foot health food store in downtown Detroit in 1936, the nation was in the throes of the Great Depression. Unemployment was 17 percent, and grocers were responding by stocking shelves with cheap, ultra-processed offerings like Spam, Jell-O, Kraft Macaroni and Cheese, and Oscar Mayer wieners. Sawall, a biochemist who had crafted and sold powdered nutritional supplements door-to-door, saw this as a worrisome trend that he wanted to head off.

“Even back in the ’30s, he tried to make it clear that all these chemicals making their way into food were going to contribute to the fall of good health,” says Mark Sawall, Frank’s great-grandson and chief operating officer of Sawall Health Foods, now located in Kalamazoo, Michigan. “He was ahead of his time.”

Today, the industry the Sawalls helped spawn is characterized more by competition and consolidation than counterculture.

Conventional food giants are gobbling up legacy organic and natural brands, and big-box stores and grocery chains are squeezing out independent retailers in pursuit of the coveted $120 billion natural products pie. But amid all this change, a few industry pioneers have managed to not only survive but thrive while remaining family owned. This year, Sawall Health Foods—the nation’s oldest health food store—celebrates its 80th anniversary, Nature’s Path Organic turns 30, Presence Marketing turns 25 and fish oil maker Nordic Naturals marks its 20th birthday.

How did these legacy companies stand the test of time and what lessons can they share with newcomers? Here’s a look.

Change with the times

“Right now, things are crazy—we’re in the middle of a remodel,” Sawall says. This has been the case seven times since 1990, when the store moved into a modest 1,500-square-foot space in Kalamazoo. The Sawalls have changed things up every few years

since, as customer tastes have changed and the competitive environment has evolved. Once the current expansion is complete, the store will measure 24,000 square feet, including the largest supplement selection in Michigan, a giant produce section (which has remained all organic since the store’s birth) and a host of new prepared food offerings. Sawall believes many independent retailers mistakenly view one another, as well as large natural chains, as their main competition. In reality, “anybody who sells food is our competition,” he says. “We want our customers to keep coming here instead.”

To lure them, Sawall added a European-style foodservice area, complete with gluten-free, vegan gelato flown in from Paris; bite-size pastries from a local bakery; paninis; and outside seating. Customers asked for more organic coffee, so he added a coffee bar. When they mentioned that no one offered sulfite-free wine, he added a wine bar. Sawall is proud to note that his family has never closed the store during a remodel. Despite the dust, he believes customers appreciate watching the progress. “We have people who’ve been shopping with us since the 1940s,” he says. “If everything stayed the same, we would have lost them years ago.”

When Bill Weiland got his first job at a health food store in 1979, the aisles were cramped and product packaging was crude at best. Also, the taste of the food was, well, “bad—really bad,” he says, recalling unpalatable carob-chip cookies and dense, crumbly oat-bran muffins that were hard to choke down. “The barriers to entry were slim,” Weiland says. “You could have a really mediocre product and stores would just buy your stuff anyway.”

Today, none of that will fly. “Retailers have to be much more broad and competitive in their offerings,” he says.

Weiland’s career kicked off with what he calls an “interesting twist of fate.” He was 18 and had just started college at Northern Illinois University when his mom called to tell him his loan was cut off. He left school, fully intending to save up and go back. By 21, Weiland was running health food stores and loving the industry. “I have one week of higher education,” he laughs.

Weiland founded Presence Marketing out of his one-bedroom Chicago apartment in 1990 to help brands grow sales at retail. Today, the natural products broker boasts 500 employees in Illinois, Texas, Colorado and Washington and is growing at a double-digit clip. Weiland still works “from home.” But that home office is a 20,000-square-foot three-building compound on five acres, where he plays host to events like farm-to-table dinners and craft cocktail parties to showcase brands.

“The key for brands is to get in the stores and do the old-school fundamental stuff: Make sure your product is in the right position, do demos, educate,” he says. “No matter how sophisticated the channel gets, it all still happens at the shelf.”

Weiland advises independent retailers to constantly update their sets, keeping an eye on upcoming trends, and aim to be first to market with new brands or categories (bone broth is going to be big in 2016, he hints). Another key to longevity: customer service. “You cannot compete on price with Walmart and Trader Joe’s, so you have to find a way to carve out a niche,” he says.

Dare to be different

When Joar Opheim, a native of Arctic Norway, launched Nordic Naturals in 1995 from his home in Aptos, California, the U.S. fish oil supplement market was in its infancy, and at that point, consumers weren’t big fans. The quality of the products on the market was really poor, he says, leaving consumers with fishy burps and fish-scented sweat. Opheim got a $50,000 loan, maxed out two credit cards and set out to develop a product that was high in omega-3 fatty acids EPA and DHA, ultra-purified, odorless and tasteless. In the beginning, it was a tough sell. “Nobody wanted to buy what we were selling because it was too expensive,” Opheim says. “We were one step from closing up shop two times."

Ignoring the advice of consultants who suggested he cut his prices and stick with retail, he launched a practitioner-only line while investing in research on the benefits of omega-3s and educating physicians about the findings as they emerged. Word of the nutrient’s health benefits got around. By 2003, despite its higher price tag, Nordic Naturals was the top-selling fish oil brand in the U.S. Today, it remains so, as the company distributes more than 200 products—including gummies, chewables and emulsion formulas—to 30 countries.

Nordic Naturals has been approached repeatedly by drug and supplement companies wanting to buy it out. “We used to have an offer every week until we said, ‘Stop asking; we are not for sale,’” Opheim says. The company’s independence has been key to its success, he adds, allowing it to fund research, education and in-house quality-control technologies that enable it to guarantee quality “from boat to bottle.” Nordic Naturals recently completed construction of a new fish oil manufacturing plant in Arctic Norway.

“We have demonstrated that it is possible to build a company without taking on investors,” Opheim says. “It has allowed us to do things that might have been voted down otherwise.”

The roots of Nature’s Path date back to 1949, when Arran Stephens’ dad, Rupert, bought an 80-acre berry farm on Vancouver Island. Stephens grew up there, helping his father gather and spread kelp in the fields to augment the soil, planting corn and picking berries. “He always said you should leave the soil better than you found it,” Stephens recalls. industry’s first trade association, with a mission of developing standards for companies using the term organic. “It became obvious who the cheaters were,” he recalls. “People were misusing the term and it had to stop.”

In 1985, Stephens and his wife, Ratana, started selling sprouted, organic manna bread out of the back of their vegetarian restaurant. It had to be distributed frozen and had a short shelf life—a reality that got them thinking about organic products that could last longer. Nature’s Path organic cereal company was born. Today, it is one of only about a half-dozen pioneer organic brands still standing, and among the largest organic brands in North America, with more than 150 products across thousands of conventional and natural retailers.

“Hundreds have sold out or gone out of business, but we are the little red engine that never gave up,” Stephens says.

Today, he’s looking forward, crafting a solid succession plan to ensure the family business stays in the family (two of his children are now heavily involved). He’s also doing what he can to help upstart brands stick with their vision and stay independent. “In a lot of cases, when a big CPG comes in and buys a small organic company, the soul gets gutted out and it loses its moral compass,” he says. Companies like ours need to be mentors and set examples for all these really cool young companies coming up in the organic sphere.”
Nature’s Path has also made a point of putting its money where its mouth is, donating roughly $12 million in recent years to support GMO labeling campaigns, purchase organic farms to preserve them, and finance groups that support urban organic farming and youth involvement in environmental issues. “I believe every successful business person has an obligation to return something of value back to society,” Stephens says. “You can’t take it with you.”