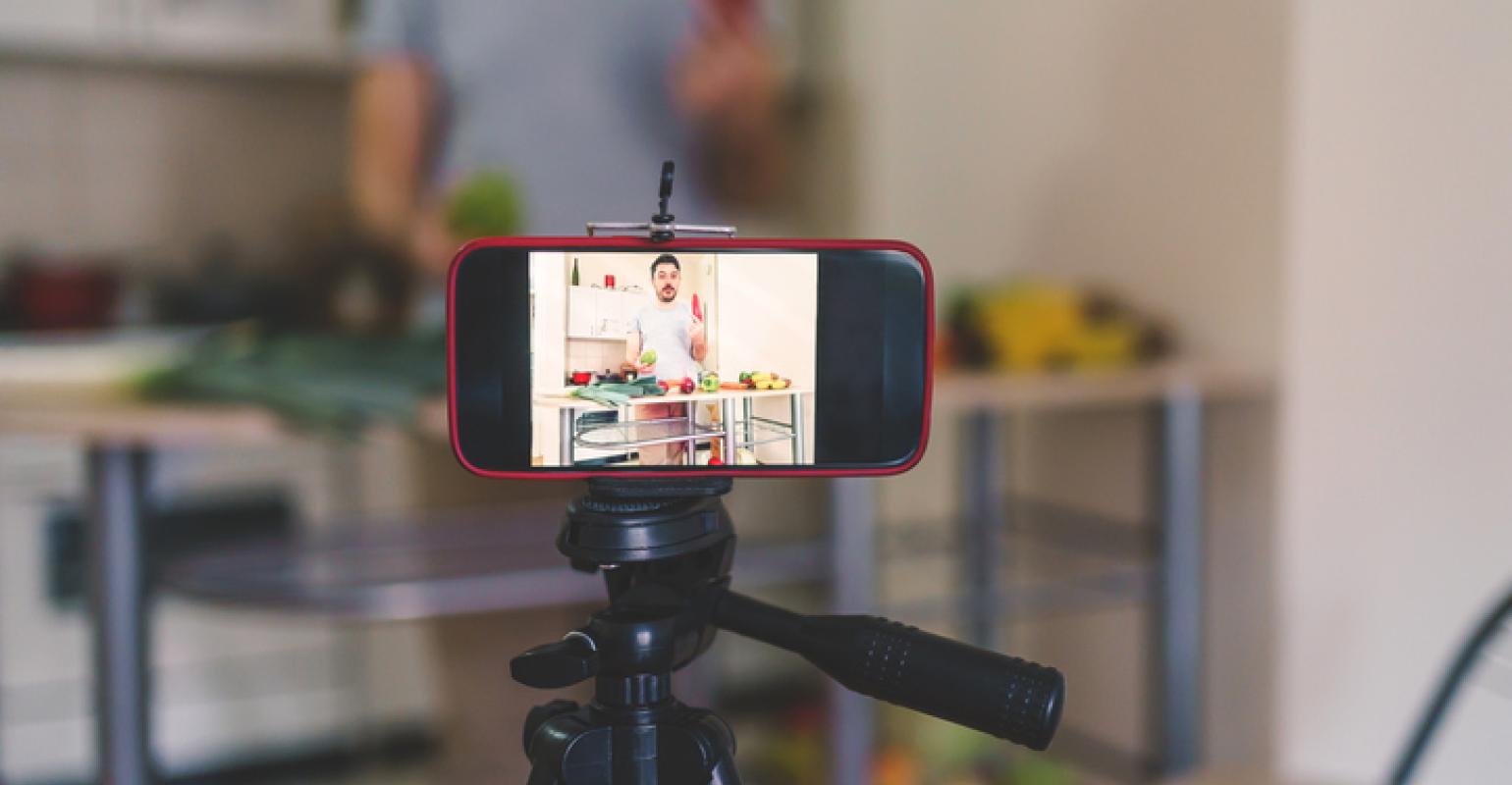 Virtual cooking demonstrations promote products, engage consumers and remind them of the meaning of fun.

Whoever would have thought that attending a cooking class and not being able to savor the flavors and aromas of the final products would become a thing? But here we are. Over the past several months since the COVID-19 pandemic forced most Americans into their homes, ideas about personal interaction and entertainment have changed drastically. Though some might say the bar has been lowered, more positive thinkers can celebrate the fact that boredom at home has not only opened our minds to new possibilities, but also spawned a wealth of creativity. This has been particularly true for the many natural products brands that have been turning to virtual marketing strategies to reach out and interact with customers where they live, spreading brand awareness and helping chase the quarantine blues away.

Virtual cooking demonstrations—the majority of them posted on social media or online conferencing platforms—have emerged as a versatile tool for brands to interact with consumers that have been cooking most of their meals at home. They are also very relevant given that people have been unable—or, as the economy starts to open up around the country, unwilling—to browse supermarket shelves for new products and ideas, indulge in in-store demos or dine out.

But while many brands have latched onto the cooking show concept, the ones that are doing it particularly well are those that have figured out how to offer consumers a little something extra. This might hinge on the service they’re providing, the emotional connection the content provokes or the interaction it inspires among viewers.

Cynthia Samanian, the founder and CEO of experiential marketing consultancy Hidden Rhythm, says this is one of the keys to standing out in a market that is now bursting with virtual experiences and online events. Not only do brands need to think about how they can actually solve a problem for a target consumer, she says, but they should also think about their audience as participants, rather than mere spectators. To truly engage people, she adds, “brands should think about the experience beyond the time that they’re actually live, from the minute they promote it to their final email. The whole lifecycle of the experience isn’t just that time that people log on and watch the class.”

Samanian, who offers a six-week course for brands that want to produce online experiences and has published a free guide to this effect, says that it’s also vital for brands to hone in on their niche: “Any time that you’re in a crowded space, it serves you so much better to narrow your market and become hyper-focused on who your target customer is. That way you can serve them right and deliver an experience that speaks exactly to their needs and wants, rather than just putting a product out there and hoping that anyone who sees it is going to be interested.”

Miyoko’s Creamery, whose founder Miyoko Schinner has been hosting near-daily cooking shows in her home kitchen on Instagram TV, or IGTV, is a great example of how a brand can use these types of demonstrations to serve its core community, in this case vegans. Above and beyond that, Schinner’s lengthy videos are casual, personal and wonderfully relatable. She struggles with finding certain ingredients, talks tearfully about the loss of a beloved pet and gets props for putting on a dress. It’s not just a good recipe, it’s entertainment.

Eat JUST Inc. has also been extremely diligent about serving its customers during this time with more than two dozen cooking demonstrations posted on IGTV as part of the “JUST At Home” series. Hosted by different members of the company’s in-house product development team in their home kitchens, the videos typically average about three minutes in length and have raked in nearly 300,000 total views since debuting in late March. Straightforward and pleasant, the videos feature a huge range of appetizing recipes using the company’s plant-based egg substitutes. They also introduce consumers to the people behind these innovative products.

Cooking with the stars

Other brands have opted to engage with customers through celebrity or chef-run demonstrations. Here, again, IGTV is a favorite tool and one that allows viewers to weigh in on the cooking process. Comedian Whitney Cummings did an almost 40-minute spot for Caulipower as part of the company’s interactive “Caulipower n’ Chill,” content series. Not only did she take viewers’ suggestions for pizza toppings, she answered their questions while waiting for the pizza to cook. This four-part series had more than 70,000 live views and the company gave away 10,000 pizzas to participating viewers.

For its part, plant-based meat-alternative company Gardein enlisted the help of Amy Sedaris and Lance Bass to help launch its new Ultimate Plant-Based Burger, capitalizing on the stars’ more than one-million combined Instagram followers. Each entertainer prepared the new burger on their own IGTV channel and fans voted for their favorite dish directly on Gardein’s Instagram account.

As brands roll out more and more online experiences, the important thing to keep in mind now, says Samanian, is what the next iteration of these online actions will look like as the country starts to open up. “At the beginning, everyone was just putting everything out there, but [the current level of online presence] is not sustainable in the long run.” Even so, Samanian insists that this online experience has unlocked a new and cheaper channel for brands to continue to develop in the future. It has also leveled the playing field for smaller brands to compete with larger ones and reach a broader audience of people across the country and around the world. The challenge moving forward, she says, will be to continue to find creative ways to stand out. 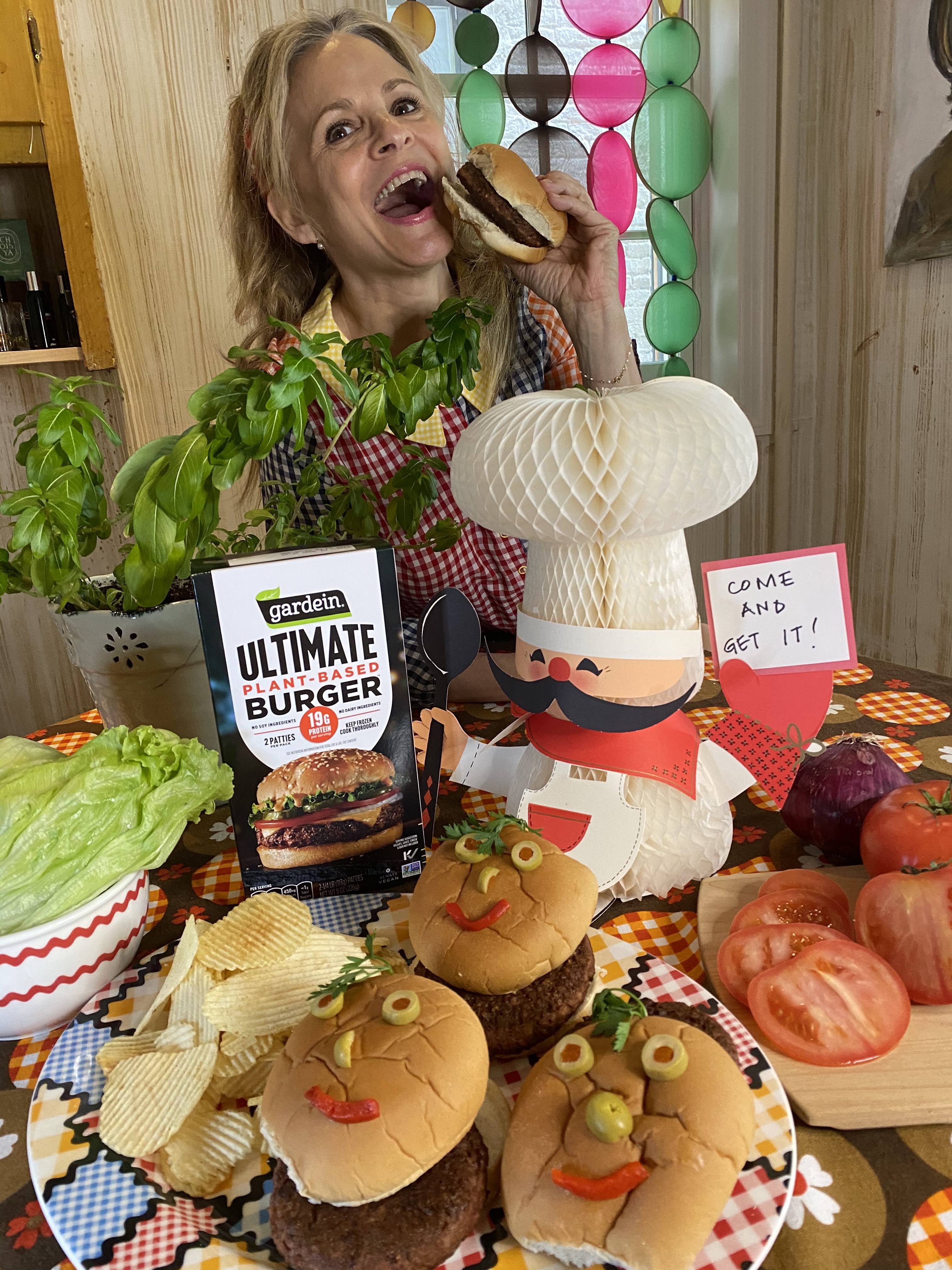