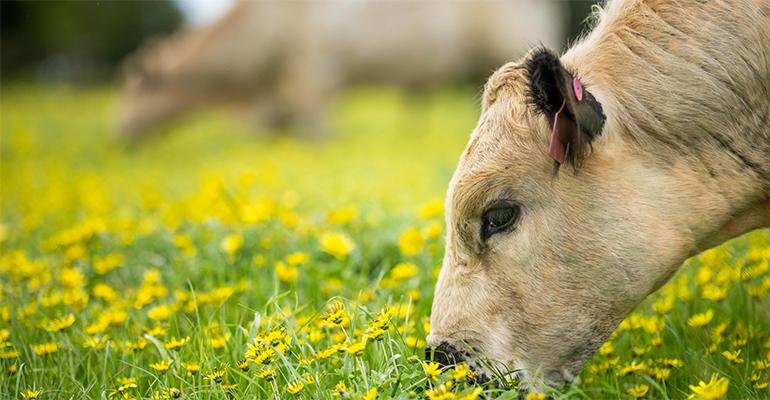 Regenerative agriculture, a more sustainable way of farming and grazing animals to improve soil health, reverse climate change and improve the nutritional quality of food, is fast becoming a focus within the natural food industry.

“We’re in trouble as a planet,” says Ben Katon, CEO at Regenified LLC, formerly known as Regen Earth Verified. “Agriculture is one of the biggest culprits. There needs to be significant movement worldwide, among conventional practitioners in agricultural, toward a regenerative direction or we are all in trouble.”

Over the past few years, regenerative agriculture has become one of the top trends at Natural Products Expo West, says Chris Kerston, chief commercial officer of the Land to Market program at the Savory Institute and a former full-time rancher.

Conventionally farmed agriculture drastically reduces microbes in the soil, as reported in this published study. When soil is denigrated, it releases carbon dioxide into the atmosphere instead of holding it in the ground to nourish crops.

Regenerative agriculture focuses on improving soil biodiversity, reducing erosion and improving watersheds, which improves carbon drawdown. It’s about plants working with microorganisms to regenerate life in the soil, coupled with sustainable grazing practices that improve the ecosystem of the land.

“We’ve lost a third of the world’s topsoil in the last 60 years. This is unsustainable," Katon says.

Over 150 stakeholders—The Carbon Underground, Danone North America, Ben & Jerry’s and MegaFood, as well as farmers, ranchers, soil scientists and investors—created the Soil Carbon Initiative (SCI). This outcomes-based verification program for regenerative agriculture is operated by Green America, a nonprofit based in Washington, D.C., that focuses on marketplace solutions to environmental and social justice issues. 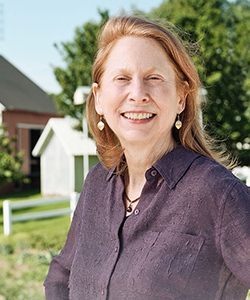 Farmers and food companies commit to setting targets to transition acres to regenerative agriculture. Farms can enroll even if they aren’t formally part of a company supply chain.

Participants are gauged by several metrics: soil health and its carbon sequestration; above and below ground biodiversity; water quality and use; and progress made toward reducing chemical inputs, says Alisa Gravitz, CEO and president of Green America.

Program participants are asked to commit to 100% transition to regenerative practices over a five-to-seven-year period, Gravitz says. In the program, Green America takes baseline measurements, reviews farm-management practices and conducts in-field and in-lab tests to create a plan and set acre targets to map out the regenerative transition.

“In addition to having the measurement and verification piece, we also support farmers with guidance, and we’re starting up a farmer fund we hope to launch in April to help farmers with some of those transition costs,” Gravitz says.

Companies in the program assess their supply chain, calculate the number of ingredients in their products and how many acres of farmland it takes to grow those ingredients, Gravitz says. Then companies commit to transitioning certain brands or SKUs to regenerative practices and sourcing, Gravitz says.

“Companies have an additional level of commitment because they can’t just ask farms to do this stuff," Gravitz says. “There has to be support for helping farmers transition.”

SCI launched its first cohort in March 2020 with 43 participants, Gravitz says, but hopes to bring up to 100 farmers and 10 companies in its next cohort.

The Savory Institute, a nonprofit headquartered in Boulder, Colorado, was co-founded by Allan Savory, the author of “Holistic Management: A New Framework for Decision-Making.” Savory began his career as a wildlife biologist in Zimbabwe and has touted a holistic way of grazing livestock that mimics nature to reverse desertification. 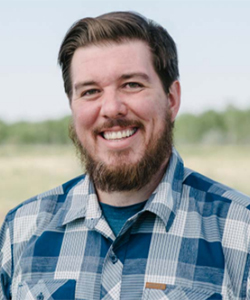 In 2018, the Savory Institute launched Land to Market, an outcomes-based verification program that works with farmers, ranchers and other raw material producers. They are monitored using Ecological Outcome Verification, a scientific protocol developed by the Savory Institute with Michigan State University, Texas A&M, Ovis 21, The Nature Conservancy and others.

The program monitors whether management of the land is going beyond sustainability to improve the entire ecosystem with its soil, water, air and animals.

"This is about more than just carbon, which shouldn’t be the only variable that’s considered," Kerston says. “This about measuring an aggregate of ecosystem health."

Savory Institute’s Land to Market program looks at soil health, sequestered carbon, water, biodiversity with wildlife and habitats, solar energy that is captured, and other important metrics to rate ecosystem of the land parcel.

“We go to the farm, take measurements and send samples to our labs and then trend how the farms are using good management and good stewardship to heal the land,” Kerston says. “We don’t view ourselves like a policing force. We believe what gets measured, gets managed and measurement is a function of optimization.”

Farmers in the Savory Institute's program receive a dashboard with key performance indicators—soil health, sequestered carbon, water and biodiversity—that they can review daily and refine their management practices, he says.

The Savory Institute not only serves as a “verification body,” but also helps brands such as Eileen Fisher and Epic Provisions assess their supply chain and create traceability.

“One of the first things we usually do is a supply chain assessment,” Kerston says. “We ask: ‘How far back can you reach in your supply chain, and do you know any farms?’ Most don’t.”

Savory Institute then sources processors, middle chain partners and “finds farms in its Rolodex” that are already in the regenerative process or could be because of their geographic proximity.

“Then the brand has a choice to operate with what is organically there or go deeper, which might mean creating farm scholarships to support more farms coming on board or providing training,” Kerston says.

The Savory Institute reported in January that more than 2.5 million acres of land around the world are being monitored for regenerative outcomes through its program. More than 70 brands, including Burberry, Timberland and Applegate, are working with the nonprofit to bring verified regenerative products to market. The Institute then aggregates the farms' data so brands can report their impact in financial statements or ESG reports.

Its biggest project is working with Ugg to transition the Australian sheepskin industry to regenerative agriculture. The footwear and apparel company has committed to transitioning a million acres to regenerative practices by 2025, with the company paying the farmers to make improvements, Kerston says.

Formerly known as Regan Earth Verified, Regenified is a for-profit company that rebranded and changed its name in February, “in a desire to differentiate ourselves a little more,” says Katon, the CEO.

Regenified  is co-owned by Gabe Brown, author of “Dirt to Soil: One Family's Journey into Regenerative Agriculture” and co-founder of the nonprofit Soil Health Academy; former Professor Allen Williams; and others. The same people own Understanding Ag LLC, but the two are separate companies.

Tuesday, Regenified launched its rebranded website. In a released statement, Brown said, "Regenerative farming practices that remove carbon from the atmosphere, reverse climate change, and restore ecosystems—from no-till and cover cropping to adaptive grazing and beyond—are not only good for the planet, but they’re also good for the land. They grow soils, enhance soil fertility, increase water infiltration, water retention, and improve biodiversity and ecosystem health—and the healthier the soil, the stronger and healthier the crop.”

In Regenified’s five-tier program, each participant works with an accredited consultant to submit a formal plan for their operation and participate in online educational training by Soil Health Academy, Katon says. Similar to a B Corp Certification process, program participants need to show continual progress, spending no more than three years in any one of the five tiers.