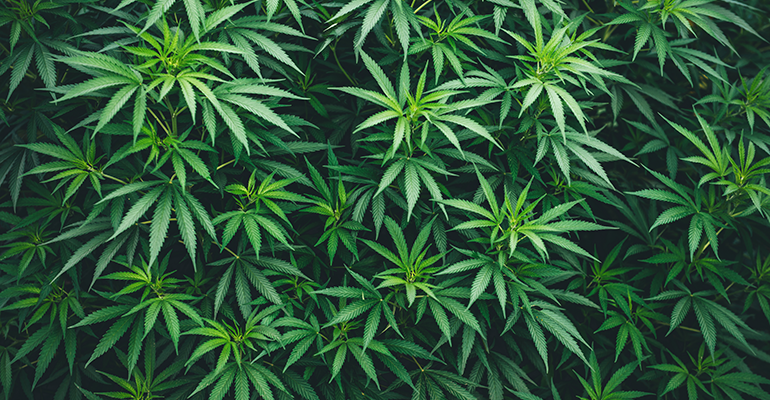 Regulating the market for hemp starts with the plant, but Colorado officials recognize the need to manage the entire supply chain from cultivation and seed to manufacturing and banking.

In the Centennial State, representatives from academia, government and industry are collaborating on an ambitious initiative to develop a blueprint for how the state will manage the hemp market through a thorough examination of the supply chain.

The Colorado Hemp Advancement & Management Plan—or CHAMP—could function as a model for other states aiming to tackle the challenges and opportunities of a burgeoning industry whose skyrocketing growth and evolution has far outpaced regulations.

Hollis Glenn, director of the Division of Inspection and Consumer Services with the Colorado Department of Agriculture, said the state also wants to foster economic development.

“How do we help advance the industry?” Glenn, one of the state officials leading the initiative, asked in an interview. “That’s the A in champ.”

The M stands for management. “What is the regulatory framework that we need to put into place across the entire hemp supply chain?” Glenn inquired. 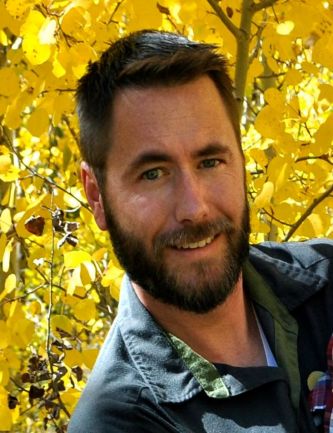 The U.S. Department of Agriculture has been working on regulations for the production of hemp. Once the regulations are adopted, states can submit plans to USDA for approval to administer their own hemp programs.

Colorado, which has administered a hemp program for five years, “really wanted to think beyond the requirements of the USDA plan” and examine the entire supply chain from the standpoint of regulations and economic development, Glenn said.

“It is a project designed to really formulate Colorado’s comprehensive blueprint for leadership in the hemp economy,” Gov. Jared Polis said Aug. 16 during the Hemp-CBD Supplement Congress in Denver hosted by the American Herbal Products Association (AHPA). “It is working on defining a structured supply chain and establishing a strong market for Colorado’s agricultural communities … , establishing industry guidelines to empower entrepreneurs, uncovering gaps, illustrating research and advancement, and looking at a center of excellence.”

Glenn said the blueprint is expected to be released in late May or early June 2020. It will lay out a comprehensive plan for such diverse areas as a certified seed program and law enforcement education, while government agencies and others like universities will be responsible for implement the sweeping plan.

Glenn explained why Colorado officials have included so many different stakeholders in the CHAMP initiative. Considering how nascent the hemp industry is, “it’d be silly to think that the regulators have all the answers,” he observed. 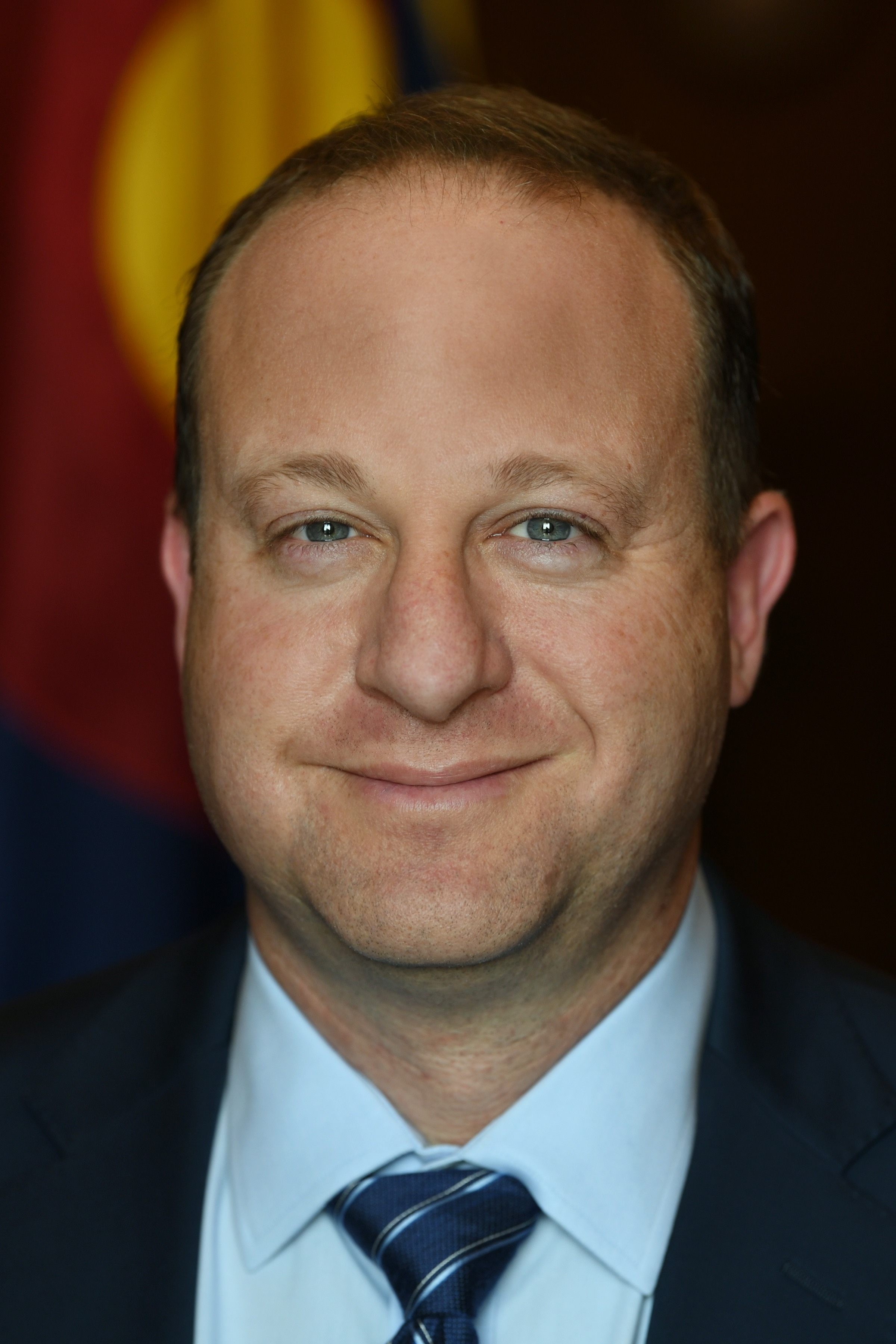 CHAMP’s board of directors includes representatives from various government organizations in Colorado, including (among others) the Office of Economic Development and International Trade, Office of the Attorney General, Commission of Indian Affairs, City of Boulder, Colorado Department of Public Health and Environment, and Department of Public Safety.

“We’re going to have these conversations for years to come and figuring this stuff out,” Glenn said. “And the last thing you wanted to do is kind of have a bifurcated or splintered conversation with Department of Agriculture talking about cultivation and the Department of Transportation dealing with the transportation issue, and public health dealing with the processing issues.”

Tim Gordon, chief science officer of Functional Remedies, a provider of hemp-based products containing CBD, is a member of CHAMP’s executive committee and a stakeholder in the R&D and seed working group.

“From what I hear across the country, I think the CHAMP’s program … is going to make Colorado the continued leader,” he said in an interview. CHAMP, Gordon added, will generate revenue for the state of Colorado, create opportunities for farmers, and foster “opportunities for innovation—and that all starts with smart regulation.”

The R&D and seed working group is aiming to create guidance for farmers to ensure hemp crops don’t exceed 0.3% THC, Ean Seeb, special advisor on cannabis with Polis’s office, said during the AHPA conference. The THC threshold is specified in the 2018 Farm Bill, which removed hemp and its derivatives from the Controlled Substances Act (CSA).

The diverse stakeholder groups in CHAMP illustrate the breadth of challenges facing the hemp industry. Commenting on the transportation working group, Seeb said, “Marijuana and hemp are incredibly similar, and we need to be careful that we are creating a safe method of transport without the opportunity for seizure.”

Four of the working groups have met in person three times, while the other groups in processing, manufacturing, marketing, banking and insurance plan to meet for the first time in October.

“When you look at that supply chain from the regulatory lens, you really see the jurisdiction and the regulatory requirements move from the Department of Agriculture into public safety and health, and environment when it gets into the manufacturing and processing,” Glenn remarked.

Garrett Graff is managing attorney with Hoban Law Group in Denver and a stakeholder in the cultivation working group.

“Ultimately, the goal of the CHAMP initiative is to reconcile Colorado’s existing hemp program that’s been in existence since the 2014 Farm Bill to comport with the forthcoming USDA regulations,” Graff said in an interview.

Colorado officials aim to complete a state hemp plan, mostly consisting of work through the cultivation group, by November. But Glenn added a caveat: Colorado and other states are waiting for USDA to release its regulations, including requirements for state plans.

Graff praised the CHAMP initiative, though he acknowledged the challenge of soliciting input from a large group of stakeholders.

“Does that potentially create a conundrum of having so many voices in a crowded room?” the lawyer asked. “Certainly, but at the end of the day when you go through these sorts of rulemaking processes to ensure there’s as much consensus as possible, I oftentimes find it beneficial to … engage as many stakeholders as you plausibly can.”

“Of course, you’re never going to get everyone [involved], but neither do you want the counter argument to be, ‘Well, this was an exclusive group that made all these decisions on behalf of the entire stakeholder process,’” he added.

Katie Russell is a manager and research scientist at the Southwestern Colorado Research Center in Yellow Jacket, Colorado. Her center is part of Colorado State University’s (CSU) Agricultural Experiment Station, one of nine research centers throughout the state.

Russell is a stakeholder in the cultivation group, but she has not had the opportunity to attend any of the meetings in person on the Front Range.

Russell lives in the southwestern part of Colorado, about an eight-hour drive to Fort Collins—home to CSU’s main campus. Complicating her ability to travel long distances: she broke her ankle and can’t drive.

“To be honest, I haven’t been as involved as I would have liked to have been,” she said in an interview. “I guess one criticism [of CHAMP] is I don’t know that it’s been set up real well for us to be remote.”

Nonetheless, she also was complimentary of CHAMP’s inclusiveness.

However, she added broad stakeholder involvement is “very challenging because that’s a lot of moving parts, a lot of opinions, and then obviously, we have to remain steadfast in our regulatory approach to stay compliant with the federal side of things.”

Farmers in in her region—high desert at about 6,900-feet elevation—face challenges, including an arid climate and potentially steep transportation costs due to the lack of proximity to major markets like Albuquerque, Denver and Salt Lake City. Grand Junction—the nearest metropolitan area with a population of 62,000, according to World Population Review– is more than three hours away.

Some farmers around Yellow Jacket have started out with a half-acre plot or acre of hemp while others have scaled to 50 to 100-plus acres, noted Russell, who suggested it was important locals contribute to influencing hemp policies.

“Some of the more rural areas of the state can get a little bit—for lack of a better term—ignored,” Russell said. “So we don’t want to lose our traction in this playing field….”

Commenting on specific challenges facing local farmers, the research scientist said the costs of transportation to access markets could affect hemp farming depending on whether CBD holds its value.

“If market projections continue to hold out seeing very high values [for CBD], then it still makes sense for a farmer to be able to transport that product six or eight hours away,” she said. But the costs of transportation, she added, could function as a “real barrier” if hemp is grown more for fiber or grain.

“You speak to folks about, ‘Do you have a buyer already in mind?” the research scientist shared.  “Some people claim at least to have forward contracts, or they have purchasing agreements with processors in Denver.”

A forward contract, as Investopedia explains, is a pact “to buy and sell assets at a future date.”

Other farmers, Russell said, are waiting to assess the quality and biomass of their hemp at the end of the season.

“And then they’re going to look for a buyer at that point,” she said.

By government collaborating with industry, Colorado officials are hopeful farmers and others in the hemp supply chain can successfully profit from an evolving marketplace.

“By working together,” Seeb, Polis’s special cannabis advisor, said during AHPA’s conference, “we can ensure that Colorado is the best state for investment, innovation, development, production and distribution of safe, legal hemp and hemp-based products.”

Glenn acknowledged regulators will always lag the industry they are regulating since industry is constantly innovating. But government collaboration with industry can help close the gap.

“How big of a gap is it?” he asked. “And with this [hemp] being so new, we really did feel like a need for us to kick this into high gear for a number of reasons—mostly for public safety reasons as well as to provide safety and security for our farmers as well as economic opportunity.”

Glenn agreed the project is ambitious and Colorado officials would have liked some more time to outline the plan, but he said it was necessary to “seize the moment.”

That is something they have achieved. From establishing funding for CHAMP to creating the stakeholder group and holding meetings, officials have already made significant progress toward their objectives.