Experts clash over the role of meat in a sustainable diet 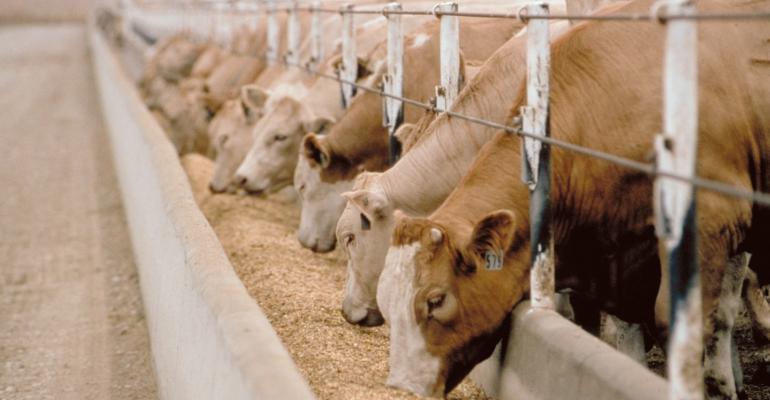 Industrial confinement animal farms are ecologically destructive. But is eliminating meat from the diet the best option?

“I keep thinking about how angry I get at Leonardo DiCaprio, Beyond Burger and also how angry I get, walking around Expo East, at all the ‘clean proteins,'” says Diana Rodgers, dietitian, author, activist and producer of Sustainable Dish, currently working on a documentary film project about better meat. “There's so much money and attention from Silicon Valley and celebrities,” she says, noting DiCaprio’s climate change leadership role with the United Nations. Rodgers is passionate about this, and supportive of efforts like those of the Savory Institute—promoting peer-to-peer ranch improvements with backed-by-science benefits that are marketable to consumers.

Rodgers takes issue with the notion of plant-based proteins being cleaner or purer. She sees a clash between the importance of eating plants and the importance of consuming as few processed foods as possible. “This means vegetables in their natural form,” she says, “not protein isolates or proteins processed into fake milks or burgers fortified with synthetic vitamins and mined minerals.”

This is true in the ecosystem as well as in the diet. “I don't think people truly appreciate the very basic understanding about why biodiversity is important and why we need multiple species of plants,” Rodgers says, “and why something like a lab meat isn’t just produced from thin air and actually is made from a horrible ag system.”

Rodgers, who lives on a working farm, thinks consumers have a simplistic view of food production. The regenerative farming she seeks presents a closed loop. The vegetables are fed by animals. All things eat or are eaten, she says. “Nature is not vegan.”

“I was a vegetarian for 40 years so I understand [the vegan and vegetarian] perspective,” says Organic Consumers Association Founder and Executive Director Ronnie Cummins. “But vegetarians and vegans have to understand that if we’re going to solve the climate crisis, animals are going to be a dominant force that helps us do that.

“But not animals on factory farms, animals grazing.”

Great. So what’s wrong with DiCaprio?

In his film, Before the Flood, the actor and activist explores many issues around human-caused global warming. It’s worth the watch. The piece Rodgers objects to is how adamantly DiCaprio disparages beef in our diet. The film’s leading expert is Bard College Research Professor Gidon Eshel, PhD. Eshel is best known (as stated on the website for Harvard University’s Department of Earth and Planetary Physics where Eshel served as a fellow in 2016 and 2017) for his work “quantifying the geophysical consequences of agriculture and diet.”

“The single most important item that you can minimize or eliminate from your diet is, unquestionably, beef,” Eshel told me when I spoke with him back in December 2016—after watching the documentary. “Beef is without peer in its greenhouse gas emissions, but also in terms of land use, water use, contribution to land-based and coastal ocean-based water pollution.”

It’s a clear statement. Eshel's work supports with sound statistical models what experts across the food and environmental spectrum criticize about current industrial models of beef production. And through this lens, he continued with some of the extensive mathematical analyses he and his teams have performed. For instance, if we replaced the beef we eat with poultry, we could sustain about 140 million additional Americans with the resources freed up by that transition, he said. “I think it’s an amazing result. One hundred and forty, that’s almost half the nation.”

Eshel uses the poultry model to be, as he puts it, “less Draconian.” Switching to plant-based proteins, however, produces remarkably higher results—as much as 20 times more protein with the same resources.

I found myself curious about Eshel’s view of beef production outside of the current CAFO (confined animal feeding operation) model. What about grassfed? What about Allan Savory’s Holistic Management model?

“He’s a total kook and a charlatan,” Eshel said of Savory. “Nothing that he says has even the vaguest resemblance to factual [inaudible word].

“So,” I asked, “it’s your belief that beef is beef, regardless of—”

“It’s not a belief,” Eshel corrected. “What I’m talking about is based on calculations. It’s not how I feel about Savory.” He referenced the 2013 issue of Rangelands Journal which worked to discredit Allan Savory from multiple angles. Eshel’s distinction between “calculation” and “belief”—as well as the mathematician’s emotionality around Savory—brings a religiosity to the argument. This, presumably, is his point: Savory exists—at best—on faith. Eshel presents fact. The effect on me, however, is the opposite. In contrast to Eshel’s impassioned devotion to analytical models, Savory presents a clear, open, evolving, real-world strategy (and science) that’s pure biomimicry—with ranchers standing in for natural predators and livestock standing in for the various ruminants that co-evolved with the world’s grasslands. Of Savory's Holistic Management methodology, Eshel said: “This is a non-starter.”

Persisting with the question, I asked if some beef production methods are better, environmentally, than others. No, is the short answer. Acknowledging different methods, Eshel argues that the current production method is the optimal one, “for obvious reasons,” he told me. “Namely, that there’s a very low profit margin. So, the farmers—who are not fools—are producing it with the least amount of inputs, because input for them is expenditure, which means lower profit. So, that much is clear,” he concluded.

“But your question is really about grassfed beef,” he accurately clarified, and began discussing his analysis. “The main argument in favor of that is that it sequesters an astounding amount of carbon in solid form in the ground instead of keeping it in the air in gaseous and therefore radiatively active form. That claim is largely correct, but it’s [also] incredibly small.” Eshel states that the sequestration potential of grasslands is minimal and variable. Even believing “the rosiest rendition of this fairy tale,” he said, the outcome would be two-thirds less meat to eat. “So, the combination that it is very capricious and mercurial, and how modest it is when it does happen, basically renders the whole enterprise highly questionable.”

A two-thirds reduction, which Eshel calls “a monumental change,” would indeed be an alarming reduction in America’s beef-it’s-what’s-for-dinner diet. But it’s certainly more attainable than the 100 percent reduction Eshel himself presents.

More to the point: Eshel is looking at this the wrong way. The science he and his teams produce serve greatly as necessary critiques of our current industrial methods of raising livestock. These systems—which consume vast amounts of farmland for feed, pollute our waterways, pump methane into the atmosphere, threaten to render medical antibiotics useless—are extractive, destructive and unsustainable. But Eshel lacks creativity in his assessment of disruptive technologies like those presented by Allan Savory. The flaw comes from believing that the destructive industrial model is also the best model (now that's Draconian). Moreover, the flaw comes from assuming that Savory is essentially presenting an alternative method for producing beef that should stand up to the efficiencies of CAFOs without the unintended consequences. What Savory seeks, as I understand it, is a sound method for restoring grassland ecosystems above and below ground, for sequestering carbon, and providing an economic incentive (there’s the beef!) for the human predators managing these ecological services.

Will this produce less (and more expensive) beef? Perhaps. Though Savory Institute experts contend that we simply don’t know yet. To find out, thousands of ranchers around the world are working in and experimenting with Savory’s Holistic Management. By and large, they are reporting improvement in their land. The products they sell (wool, leather, milk, meat) often sell at a premium—based on animal welfare or the artisanal nature of production or increased quality—but not always. Premium or no, the number of these ranchers is growing.

These producers, apparently, are seeing something on their land that Eshel is not seeing in his models.