HomeBusiness ResourcesManufacturing and SupplyHow the coronavirus pandemic is impacting farmers
Recent
Latest
Sponsored Content
Balanced Health Botanicals Newsletter – May
Getting ready for 2023: Trends for brands to consider
May 17, 2022
EXPO VIDEO: How did a young sparkling water brand get licensing deals with Marvel and Disney?
May 16, 2022
Beyond Meat's product launches lower Q1 profits
May 16, 2022
Trending
Debra Stark’s light shines bright on natural products industry
May 10, 2022
Unboxed: 7 plant-forward ice creams to stock this summer
May 10, 2022
Hemp CBD industry struggles so far in 2022
May 10, 2022
Monitor: Consumer research on collagen shows how much education is needed
May 12, 2022

How the coronavirus pandemic is impacting farmers 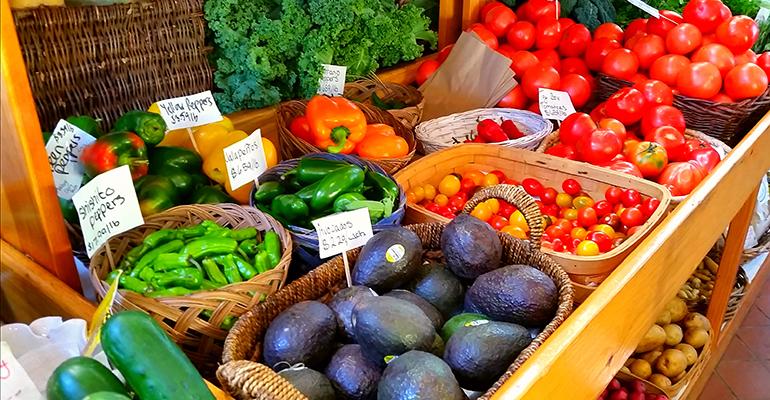 COVID-19 is impacting every food-related business, so how will America's farmers fare?

With shoppers first swarming then steering clear of grocery stores, dine-in restaurants closing their doors and online food retailers such as Thrive Market scrambling to meet surging demand, the entire food industry is experiencing massive upheaval. Though the U.S. is still in the early stages of the COVID-19 pandemic, many companies are going bust while others are seeing sales skyrocket by 200%, 500% or more. Whether positively or negatively, this pandemic is impacting every food-related business to some degree.

That, of course, includes America’s farmers. Those who grow our organic vegetables, raise grass-fed beef and free-range laying hens, and cultivate ingredients for the natural products now in hot demand are certainly feeling the effects, as consumer needs, wants and purchasing patterns shift in response to this strange new reality.

One change benefitting many farmers is that more consumers are bypassing retail, both brick-and-mortar and online, and purchasing food directly from the source. According to Tera Johnson, director of the Food Finance Institute at the University of Wisconsin-Madison and host of the Edible-Alpha podcast, buying direct from farmers gives shoppers more transparency and helps them not feel as vulnerable to breakdowns in the supply chain. “It’s just human nature,” she says. “And once people have established a relationship with a farmer, once this crisis gets resolved, I don’t know if they’ll go back [to buying at retail].”

Therefore, among the many farms Johnson works with at FFI, those that had a direct-to-consumer model set up before the pandemic are now seeing their business explode. “Direct-marketing involves a lot of infrastructure—an online ordering platform, delivery mechanisms, etc.—so for those already set up for it, this is a terrific opportunity,” she notes.

This includes farmers who raise animals for meat. “Direct marketing of meat online had been kind of slow to catch,” Johnson says. “Omaha Steaks had been doing it for a while, but generally, people like to pick their own steaks or they worry about cold chain. But now this business is way up. Some farmers I know who direct-market grass-fed meat, their sales have quadrupled.”

Another positive result of this crisis: community-supported agriculture memberships are rebounding. “CSAs used to be the best way to get really fresh and organic vegetables, but once [fresh organic veggies] became more ubiquitous, membership was declining,” Johnson says. “Now I’m seeing more people signing up for CSAs again, which goes back to wanting direct connections to farmers and not having to worry about truckers not delivering produce to the store.”

In light of social distancing, stay-at-home orders and hypersensitivity around food handling, farmers markets have been forced to adapt—and in some cases close altogether. For the growing number of producers who rely on these markets for income—many of which are small, family-run farms—such disruptions may be devastating.

“Maybe 20 years ago, farmers markets were viewed as these cute little things, but over time, they have morphed into something more significant economically,” Johnson says. “They have become such an important channel of distribution for many farmers and are often their first point of entry for direct-marketing to consumers.”

However, while markets may have the green light to operate, it’s hardly business as usual. “Many are developing mechanisms for making them safer,” Johnson says. “Usually, the rules now are people can’t touch produce—they must point to what they want and the farmer puts it in a bag and hands to them. Or they limit the number of people who can come in at a time to keep everyone a safe distance from one another.” Others are requiring shoppers to order online then come to pick up their prepacked box.

These reconstrued markets—while still better than no markets—don’t net the foot traffic they would otherwise. The legions of casual browsers who stroll through farmers markets for entertainment and impulse shopping undoubtedly aren’t showing up.

For producers who do 100% of their business at one farmers market or a small handful of markets, this loss can be devastating. For example, Johnson says the Dane County Farmers Market in Madison, which is the largest producer-only farmers market in the U.S., is the sole income source for some Wisconsin growers. Now they must figure out alternative ways to sell their fresh produce, local honey, culinary herbs and other products.

Over the last several years, chefs have become a hugely important distribution channel for farmers, especially those near large cities. “Farmers living near a big metro area often gravitate to one distribution channel, such as restaurants, whereas those near smaller markets don’t have that luxury so they have to have multiple channels to get enough sales,” Johnson explains.

So now, with government stay-at-home orders shuttering eateries nationwide, the farmers who supplied solely or mainly to restaurants are among the hardest hit by the pandemic. “This is a much scarier scenario,” Johnson says. “Restaurants are so important in introducing the whole concept of farm-to-table to consumers, and now those farms that have that. Some are scrambling to get direct orders set up. We are encouraging them do that or else collaborate with another farm that already does a CSA.”

With consumers hoarding bread, pasta, soup and other pantry staples, certain ingredients may soon be in short supply. Some, such as eggs, are already stretched. Depending on the ingredient, heightened demand may hit farmers, but by and large, Johnson believes this is more of a supply chain problem than a farm-level issue. This is especially the case with major ingredients such as wheat and rice, for which import and export volumes and prices are primarily what dictate availability.

"The world produces plenty of wheat—the Baltic states are big exporters, and we grow it here too,” Johnson says. “China produces a lot of rice, though I’m hearing they are saying they are not going to export it. That’s the kind of stuff that causes the problem, not farm production.”

Also, just because a food manufacturer’s sales are doubling or tripling right now, that doesn’t necessarily mean they should ramp up production and therefore press farmers for more output. “We actually don’t need more—it’s just people panicking,” Johnson notes. While the surge in demand will take a while to work through, it won’t necessarily mean farmers need to grow more crops to fulfill it.

“However, in the natural category, where there is organic and non-GMO, there are far fewer places to source that stuff,” Johnson says. “If food manufacturers are suddenly clamoring for organic wheat, for example, we would see shortages. I’ve been telling all of our food brand clients to call their ingredient suppliers and talk to them about every single ingredient to find out if it’s imported or if there have been shortages.”

How natural brands are mitigating hunger during COVID-19
Mar 26, 2020