How to find solid production talent 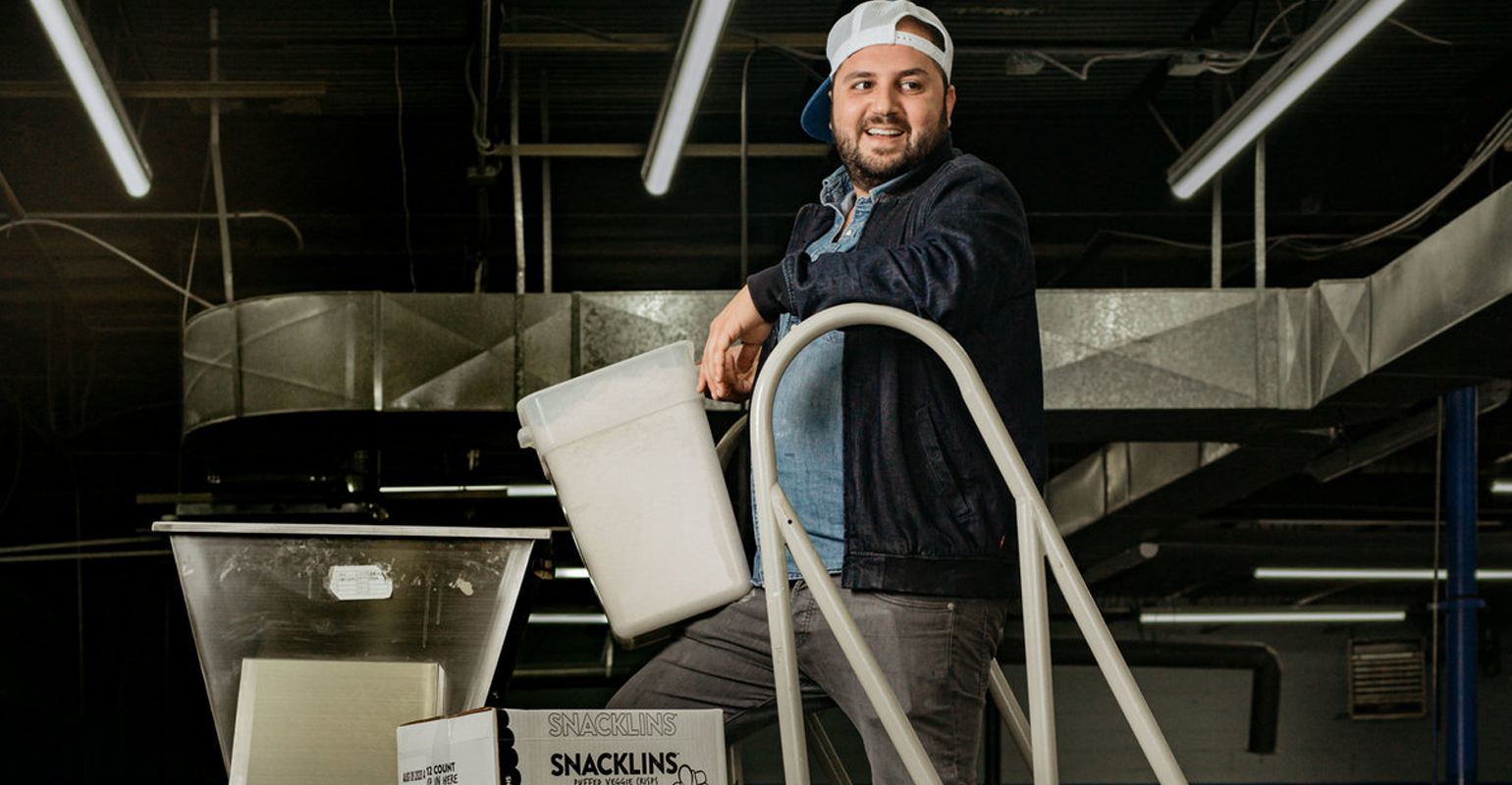 Creatively sourcing passionate employees takes some ingenuity if you are doing your own manufacturing.

When Samy Kobrosly, co-founder and “chief snack bagger” of Snacklins was trying to launch his Washington-based food startup in 2016, he needed someone to run his production line.

He hired Silvia Escoto, the sister of a line cook he worked with at a barbecue restaurant in Washington. Initially, he waited tables to pay her salary.

“The biggest challenge most businesses face is finding good production talent,” says Kobrosly, who has 21 employees and manufacturers out of a 5,000-square-foot Rockville, Maryland, warehouse.

Making the right hire for his first employee made all of the difference says Kobrosly, who went on ABC’s "Shark Tank" in 2019 and caught the eye of billionaire investor and Dallas Mavericks owner Mark Cuban.

“You’ve got to find your own Silvia,” says Kobrosly who started his business in Union Kitchen, a Washington-based food and beverage business accelerator with the goal of making vegan pork rinds. “Find someone who is hungry, who wants to change their life. Then you’re not going to just pay them by the hour. You’re going to let them live part of your dream.”

Offer more than just a paycheck

Make production talent part of your board or give them equity in the company, Kobrosly says. Make it worth their while, he says, because if it’s just about collecting a paycheck for part-time hours they won’t be around for very long.

“They don’t have the same passion you do so you’ve got to create that passion for the people around you,” he says. “That’s the key.”

Maybe that’s allowing employees to pick their own schedules or more freedom and flexibility in their work schedules.

Not sure what to offer? Spend a couple of weeks working in a bakery overnight and learn how they mass produce bread, Kobrosly suggests. “Then you will understand this is what I’m expecting someone else to do every day to help me achieve my dream,” he says.

Business owners can then think about what they can offer production talent to make it better, easier and more efficient for their jobs.

For Kobrosly, if someone has to take care of their child, he’s offered to run part of their production shift.

“That speaks a lot louder than a 50 cent raise,” he says. “Once you find someone good you’ve got to keep them happy because good people bring in good people. A lot of my job is making sure that good people are happy and we can take care of any concerns they have.”

Frank Milianti, managing director of Creative Alignments, a recruiting firm headquartered in Boulder, Colorado, says sourcing production roles can be challenging, especially if you are doing your own manufacturing, because “a lot of these individuals are not on LinkedIn so you have to get creative about how you think about sourcing talent.”

Milianti, who is based in Chicago and oversees national recruiting for natural food and CPG brands, says that means not just relying on applications for those who directly apply for production roles.

“There’s a lot more talent out there now and some good crossover from service-level individuals who were laid off during COVID,” Milianti says.

Hiring is a two-way street. Companies need to make sure they have a strong social media presence to get potential employees interested in your product, who you are and what you are doing, Milianti says.

“You can grab talent pretty easily by making sure you have a brand that looks appealing,” he says.

Depending on the stage of the company, consider creating an employee referral program, Milianti says. Look at internal training programs and create different path ups for employees who inspire to do more.

To find solid production talent, Kobrosly asked people within the restaurant industry if they knew of anyone who might be interested in picking up part-time hours.

His advice: go to a restaurant either late at night when everyone is getting off or when they are breaking for lunch.

“You will probably find people who would love to change their schedule or find a better job,” he says. “We didn’t want manufacturing employees as much as food employees.”

Start with a mission and find people who buy into it

When Nina Tickaradze created her healthy beverage company, Nadi, it was around the idea of helping “internally displaced people,” a term used for people who are forced to flee their home like refugees but can stay within their country borders.

“I really felt sorry for these people who can take nothing with them and start all over again,” says Tickaradze, who came to the United States at age 14 from her native country of Georgia.

Tickaradze, who lives in Marietta, Georgia, reached out to friends and family in her native country to start a company that makes certified organic juice from wild rosehips grown in the Caucasus Mountains between the Black and Caspian Seas. In 2017 she launched Nadi, which means “collective work effort” in Georgian.

“I had no idea how to make a juice,” says Tickaradze, one of 15 award winners in the Stacy’s Rise Project, which provided $10,000 grants, advertising and executive mentorship to female entrepreneurs.

Tickaradze quickly realized she wanted to self-manufacture to achieve a higher quality product. To find strong job candidates for her production team, she sought out a food chemist who understood how to make wine and juice and trustworthy partners.

“We were taking big risks doing something we’d never done before, so I tried to find people who had some experience that we could count on,” says Tickaradze, whose childhood friend, Gaga Abashidze, is the CEO of the Georgia subsidiary and head of Nadi operations in the country of Georgia. 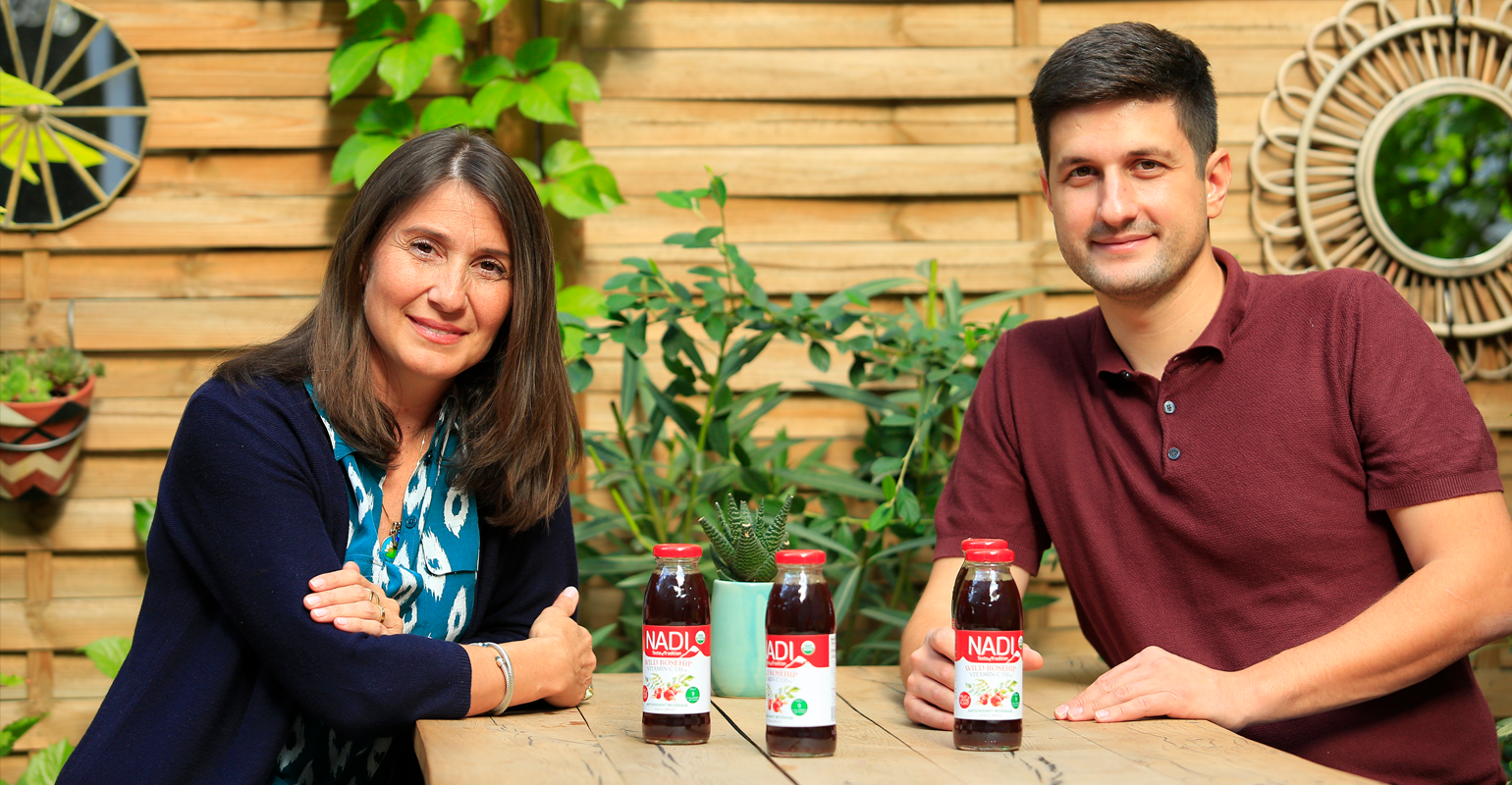 Since she was manufacturing in Europe while living in the U.S., Tickaradze said it was even more important to check a lot of references of anyone she hired for her production team.

Tickaradze, who speaks fluent Russian, Georgian, German and English, quickly learned to ask production talent what languages they spoke. “I know it sounds funny but we are dealing with international markets and buying from all over the world for production so it helps to know what languages someone can fluently speak,” Tickaradze says.

After going through a production run where her English-language labels were printed upside down, Tickaradze quickly realized she needed to give her employees additional training. She spent six weeks between Thanksgiving and Christmas cleaning labels off bottles with her friends and family and gave her production staff English classes to avoid future problems.

Having a mission-driven company that hires internally displaced people has afforded Tickaradze something many business owners dream about: buy-in from her production team.

“Everyone is so hard-working because they understand first-hand what it is like to lose everything,” she says. “They get what it means to be an entrepreneur because they know what it means to start from nothing. Unlike hiring people with fancy resumes who stay for three or four years and then leave, they stay, become a part of your company and want to see you succeed.”

Transitioning to regenerative agriculture is necessary—here's how to get started now
Dec 14, 2020