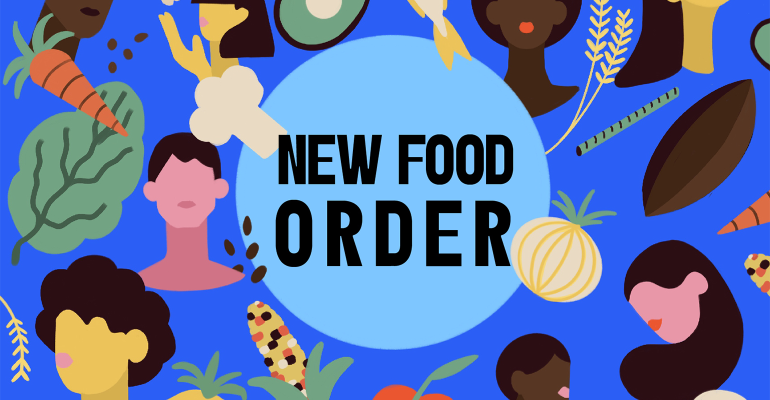 Tom Goldtooth, executive director of the Indigenous Environmental Network, discusses the colonization and corporate ownership of lands and the food supply.

For the well-being of future generations, the industrialized food system needs to change.

“Picture a bathtub in the sky; the bathtub is overflowing with too much carbon,” Goldtooth says. “The world cannot absorb that.”

In the fifth episode of New Food Order, a new podcast about the business of tackling climate crisis through food and agriculture, journalist Louisa Burwood-Taylor and entrepreneur Danielle Gould discuss with Goldtooth, who is Navajo and Dakota, his concerns about carbon markets as a new form of colonization and corporate ownership of land rights. He also opines on the role of technology in food sovereignty, water rights and how cultivating an indigenous mindset can positively change food systems to help the climate crisis. The podcast is produced in partnership with New Hope Network.

We need a localized, regenerative economy

For the betterment of the world, Goldtooth says, the industrialized food system needs to shift from capitalism to a regenerative economy that helps all humankind—one that allows Indigenous people to reclaim and revitalize their traditional knowledge and practices. The food system needs to become more localized, sourced in neighborhood food markets and sustained by growing food, fishing, hunting and gathering as Indigenous people have done for thousands of years, Goldtooth says. 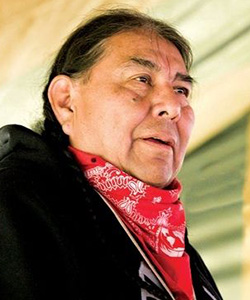 To make this happen, corporations will need to transform their current framework—and likely lose money as they move toward a sustainable food system that will help feed the whole world, Goldtooth says. Corporations need to take on more sustainable farming; reevaluate systems such as transportation, processing and packaging; and look at preservation methods, such as pickling, that eliminate the need for refrigeration. Hydroponic aquaculture and other “intermediary technologies” should be incorporated into a redeveloped food sovereignty system, especially in areas where water systems are severely polluted.

In addition, corporations need to reexamine their ethics and legal systems to value nature instead of violating human rights with toxic chemicals and pollution. Fossil fuels need to be phased out, Goldtooth says, and energy production needs to move away from “centralized corporate colonized energy systems” to microgrid systems that rely on local solar panels to wind turbines.

“This is very important to address the well-being of our future generations, not just as Indigenous peoples, but all people of the world,” says Goldtooth, a recipient of Sierra Club’s highest recognition, the John Muir award.

An indigenous just transition means re-evaluating and recognizing the importance of the spiritual ties to nature and going through a decolonizing process that values sustainability, Goldtooth says. It means rebuilding communities that “define our values,” which may include having its own monetary system, generating its own electricity, and establishing food and healthcare systems as part of healing process.

Greenhouse gases and the food system

Of all greenhouse gas emissions, between 44% and 57% come from the global food system, particularly its reliance on fossil fuel, Goldtooth says.

Since The Paris Agreement in 2015, fossil fuel financing from the world’s 60 largest banks has increased to nearly $4.6 trillion, including $742 billion in 2021, based on a “Banking on Climate Chaos 2022: Fossil Fuel Finance Report,” that was co-authored by Oil Change International, Rainforest Action Network, BankTrack, Indigenous Environmental Network, Reclaim Finance, Sierra Club and Urgewald. Corporations have financialized nature through the carbon sequestration offset markets that allow for carbon credit trades that put local communities at risk, Goldtooth says.

The carbon trading system has created a massive property rights issue by commodifying and privatizing the ownership of carbon and soil.

“If you really look at the legalities, the carbon and the soil is being owned by the corporations,” Goldtooth says. “It's that’s serious.”

What Goldtooth calls “governments of the north,” such as the United States, aren’t cutting emissions. Instead, they use trees as a “carbon sink” to tout that large corporate polluters are becoming carbon neutral.

“Are they cutting their emissions at the source? No,” Goldtooth says. “They’re using these scams. They’re using trees as sinks and there’s a lot of money being created and being exchanged within the matrix system.”