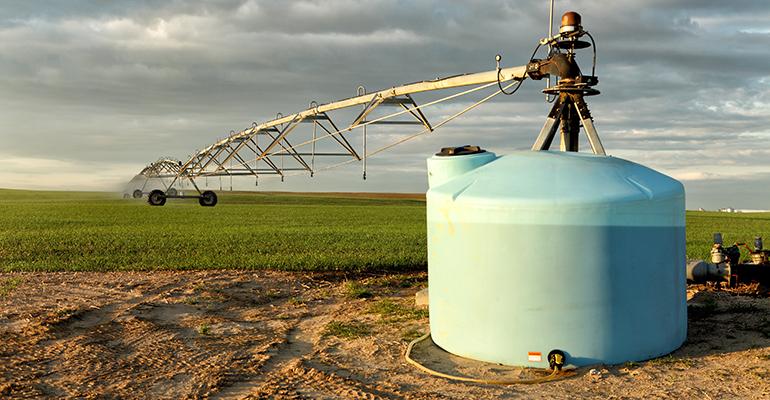 The packaged meat and apparel industries face extreme financial risks if they don't address water risks, according to new reports from Ceres and Bluerisk.

"There isn't a company on Earth that can operate without water," says Kirsten James, senior water program director at Ceres, in a webinar on the reports. James moderated the discussion with three other researchers: Steven Bullock, manager, S&P Global Sustainable1; Virginie Galas, head of the CROCI Comparable Analysis team at DWS; and Paul Reig, founder of Bluerisk.

"Just like the climate crisis, the water crisis is already happening all around us." James says. "Water scarcity is growing more dire every year. Surface and groundwaters are becoming more and more polluted.

"In fact, scientists are estimating that the global water demand will exceed supply by up to 56% within the next 10 years."

Related: The fashion issue: What do we do with all these clothes?

A Ceres analysis found more than half the public companies listed in the four major indices are in industries that face medium to high water risk.

"Companies and investors can no longer ignore this critical issue," James says. Ceres' analysis, "Financial Implications Exposed," shows that ignoring the water crises will cost companies more than they would spend addressing it.

A more thorough and comprehensive report regarding the Valuing Water Finance Initiative will be released in early 2022.

Companies are becoming less hesitant to release the costs of "unaddressed externalities" such as physical risks attributed to climate change, Reig says. But companies are less likely to be transparent about the risks they create—such as allowing fertilizer runoff to damage a river's ecosystem or releasing untreated wastewater into the environment.

Researchers chose to study the packaged meat and apparel industries because both create highly negative effects on water, he says. They used publicly available corporate data to extrapolate the significance of the two industries.

Because the study did not include complete data, the studies' authors estimate the costs to address industries' water-related risks are higher than they could calculate. But not addressing the issues could cost as much as five times more.

"The bulk of externalities for both industries are outside the direct control of a company; they're in the supply chain," he says.

"If you really want to be serious about addressing externalities and additional risks in both of these industries, you're going to have to start thinking about how are engaging your suppliers; what incentives are in place; how are you helping your suppliers address these; and how are you collaborating. In both cases, you're sharing sourcing areas with everyone else in your industry," Reig says.

Researchers used data from BRF S.A., a Brazilian packaged meat company, Hormel Foods and Tyson Foods to determine the annual cost of water risk on each company's valuation. They linked the externality and water impact with agricultural activities in different sections of the supply chain.

Examples of financial risks for the packaged meat industry, as stated in the study, include higher feed costs; increased capital and operational expenses to access an alternative water supply; and litigation regarding downstream water quality or groundwater depletion.

The activities that cause eutrophication—oxygen depletion in waterways because of excessive nutrients—include fertilizer applications, manure handling and processing water discharge. Agricultural activities that lead to water shortages include irrigation, drinking water for livestock and using water in the processing of the meat.

"By spending less than one-third of what they annually spend on IT, companies in the packaged meat industry could eliminate their contribution to systemic and chronic impacts on water availability and quality and protect the associated value at risks," according to the report. 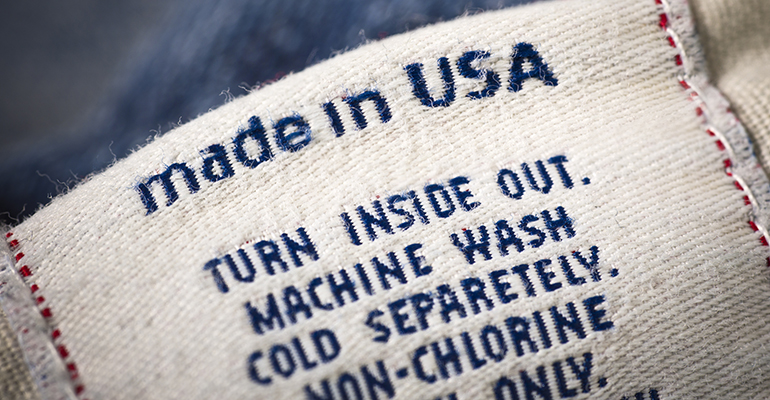 Water risks in the apparel industry

The apparel industry uses more than 174.3 million acre-foot of water per year, according to the Ceres report, which cited a 2018 report from Quantis. A 2015 study by The Sustainable Business Group found that apparel is responsible for polluting 20% of the planet's freshwater.

The business risks in the apparel industry are increased capital and operational expenses to access an alternative water supply; increased cost of raw materials; and litigation regarding downstream water quality or groundwater depletion. Water stress is linked to irrigating the growing cotton; spinning the cotton into yarn; knitting and weaving the yarn into fabric; bleaching, dyeing and finishing the fabric; cutting, sewing and transporting the clothing; and, at the consumer level, washing the clothes.

Eliminating the effects of using so much freshwater and discharging the resulting wastewater would require apparel companies to spend between $189.8 million (Burberry) and $1.77 billion (Inditex). The costs of eliminating wastewater discharges account for 25% to 31% of the total expenses.

The effect on companies' EBITDA ranges from -21% to -47%, with the more profitable companies sustaining the lower losses, according to the report.

"Externalities associated with wastewater discharge are more expensive to address than the externalities associated with industrial water withdrawals because all wastewater needs to be treated, while only a portion of the withdrawals needs to be reduced (between 8 and 14% for the companies analyzed) to eliminate a company’s contribution to water stress," the authors wrote.