The Road to Natural: A tale of three farms 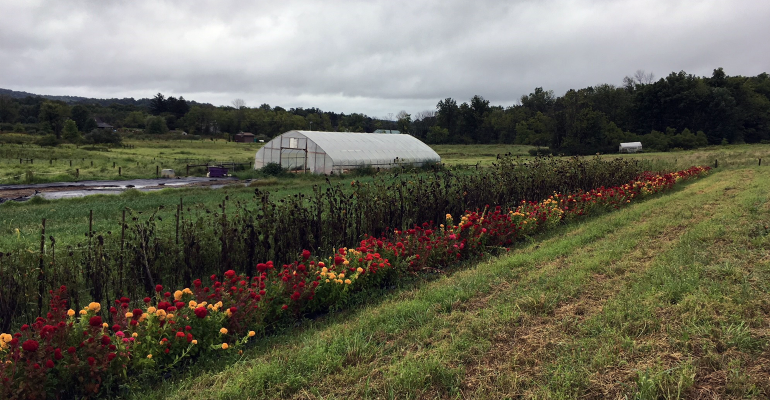 On the first day of the fourth Road to Natural series, we visit small farms in Pennsylvania to explore the challenges and motivations behind regenerative farming.

Emma Cunniff has not “done the numbers.” She has not added up what it would cost to bring in the fertilizers and herbicides. She has not calculated what her margins might be if she went to an aggressive tilling model or kept the soil in constant production.

She might make more money. She might have a bigger greenhouse, a real office. She might pay the bills without wincing, without worrying as much about juggling fixed costs against what needs fixing. But she has not done the numbers.

Standing a few inches from the incessant morning rain that drips from the plastic tarp sheltering the only dry spot on her 7-acre Kneehigh Farm near Knauertown, Pennsylvania, she declares: “I haven’t looked at it because I would never want to do that.”

Cunniff is the first farmer we meet on the first day of The Road to Natural: The rise of regenerative series and part of a growing contingent of farmers, many of them young like her, who don’t see the land as a resource in the production sense. They are not simply growing food from the land, they are growing the land itself.

That message and model is central to regenerative agriculture, the idea that farming done right can not only conserve the soil but restore it to the rich and biodiverse abundance. Healthy soil grows healthy food. Healthy soil supports the environment far past the fence line. Healthy soil can sequester carbon and many see it as a tool for reversing climate change.

Cunniff sees regenerative simply as the only way she can farm. “I don’t think there’s an alternative,” she says.

When we reach him by phone from his Costa Rican farm later that afternoon, Tom Newmark agrees. The New Chapter founder turned evangelist for regenerative agriculture is a founder of the Carbon Underground, an effort to convert more farmland to the regenerative model by educating consumers, farmers and brands about the carbon-trapping capacity of optimally balanced soil. It’s urgent, but it’s also inevitable, he says. “What we have right now is a dead system walking,” he explains. The dominant theories of agroeconomics, what Newmark describes as the “Earl Buttz go-big-or-go-home philosophy of monoculture farming,” referring to the 1970s agriculture secretary, have bankrupted farmers. “No one’s making money,” he says.

Cunniff shrugs. “No one” includes Kneehigh Farms some months. Money is an issue for Cunniff, but it is not a driver. She grew up in Santa Cruz, California, and found herself on an unlikely trajectory to rural Pennsylvania by following the draw of the land. She loved good food. She loved nature. Farming was the intersection of the two. She was turned off by production farming. “I thought of farming as actually hurting the planet, which a lot of farming is, absolutely,” she says. “I was more interested in permaculture and designing systems that mimic nature.”

Such sensibilities led her to a series of stints on farms in the Pacific Northwest and eventually to the Seed Farm, an “agricultural incubator” in Pennsylvania where she learned the principles she put to work when she found the land she leases for Kneehigh Farm.

That was three years ago. She’s learned from the land, found what works and what doesn’t with the heavy clay soil that clings to her boots and the paws of her dog, June. She points out the low spots where it’s “basically a marsh” and the patches where her cover crops, planted to replenish the soil, have struggled against weeds. The land teaches her what it can give and what it needs and she gets to see the health of the soil returning. She uses soil tests but she says she can taste the health returning to Kneehigh Farm. “They get real spicy if they get stressed,” she says of the radishes she packs in the CSA boxes for subscribers in the valley.

What she has learned from the land, however, is not simple to share with the people who eat the fruit of those lessons. She sees them at the farmers market. A few of them volunteer. She can talk about the regenerative work on her few small acres. She can’t teach them what took her the years, the sweat, the mud and the worry to learn.

She’s not sure they have to understand it.

She is certain they have to care. 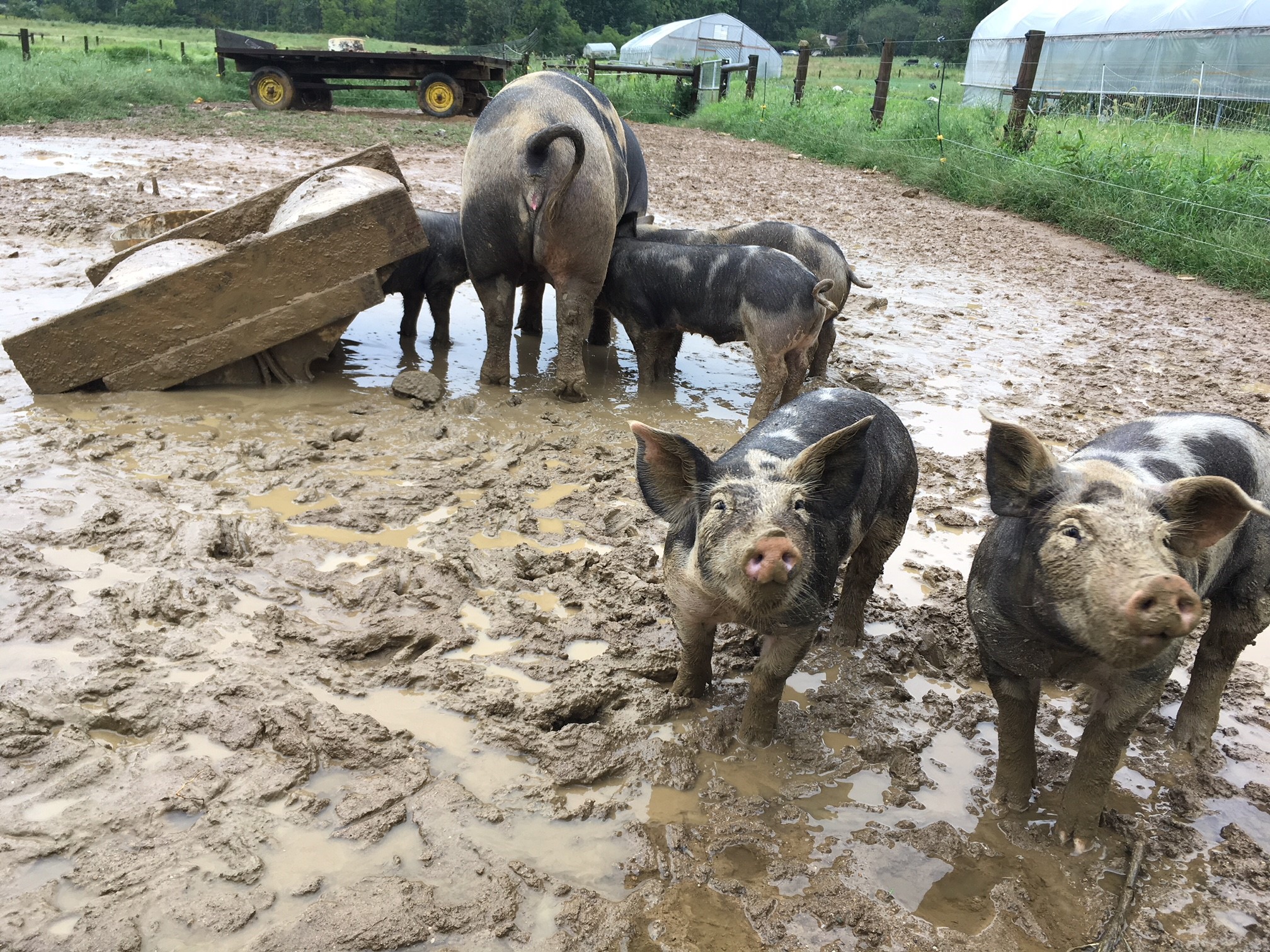 From the porch of the modest house he built on an eastern Pennsylvania hillside, Ben Davies can see the shape of his ambitions in 80 acres of mud. He can see the sheep stoic against the rain. He can see the cover crop sheltering a patch of ground just short of the ridge. He can see the rows where the vegetables are shaded under tarps. He can see the hemp plants clambering over each other for light and the pigs quiet and complacent in their expansive pasture.

What he can’t see is the intricacy of life at a microscopic level and how it has changed since converting Wild Fox Farm to a regenerative polyculture model when he bought the land seven years ago.

But he can know it’s there. He has led his cattle to graze the same pasture four times this year. The steers may make a fifth trip to the buffet before the year closes out. This is not the soil he bought. This is the soil he built.

“There’s no way we could have done that year one,” Davies says, describing the farm as it was when he bought it before putting regenerative practices into effect. “We’ve never put any fertilizer. We've never planted any seeds in that field yet.”

Davies, who is raising his children on the land, spent his own childhood a few miles away on what he describes as his parent’s hobby farm. It wasn’t a business, but it fed his family. And it was a huge part of a youth spent “mucking about in the fields and the woods.”

Other passions, including a degree in religious studies, drew him away from the valley, but the arrival of his own children tugged him back. He followed his curiosity to the farm and an appetite for “YouTube videos, audio books, regular books, seminars, everything” gave him a crash course in the latest and cleanest agricultural strategies. That led him to regenerative.

Now, drawing the sprawl of activities into a more focused business plan with hemp grown for CBD extraction a central piece, he can look beyond the 80 acres and wonder how not just to grow a market but help grow a sensibility in the consumer mind. 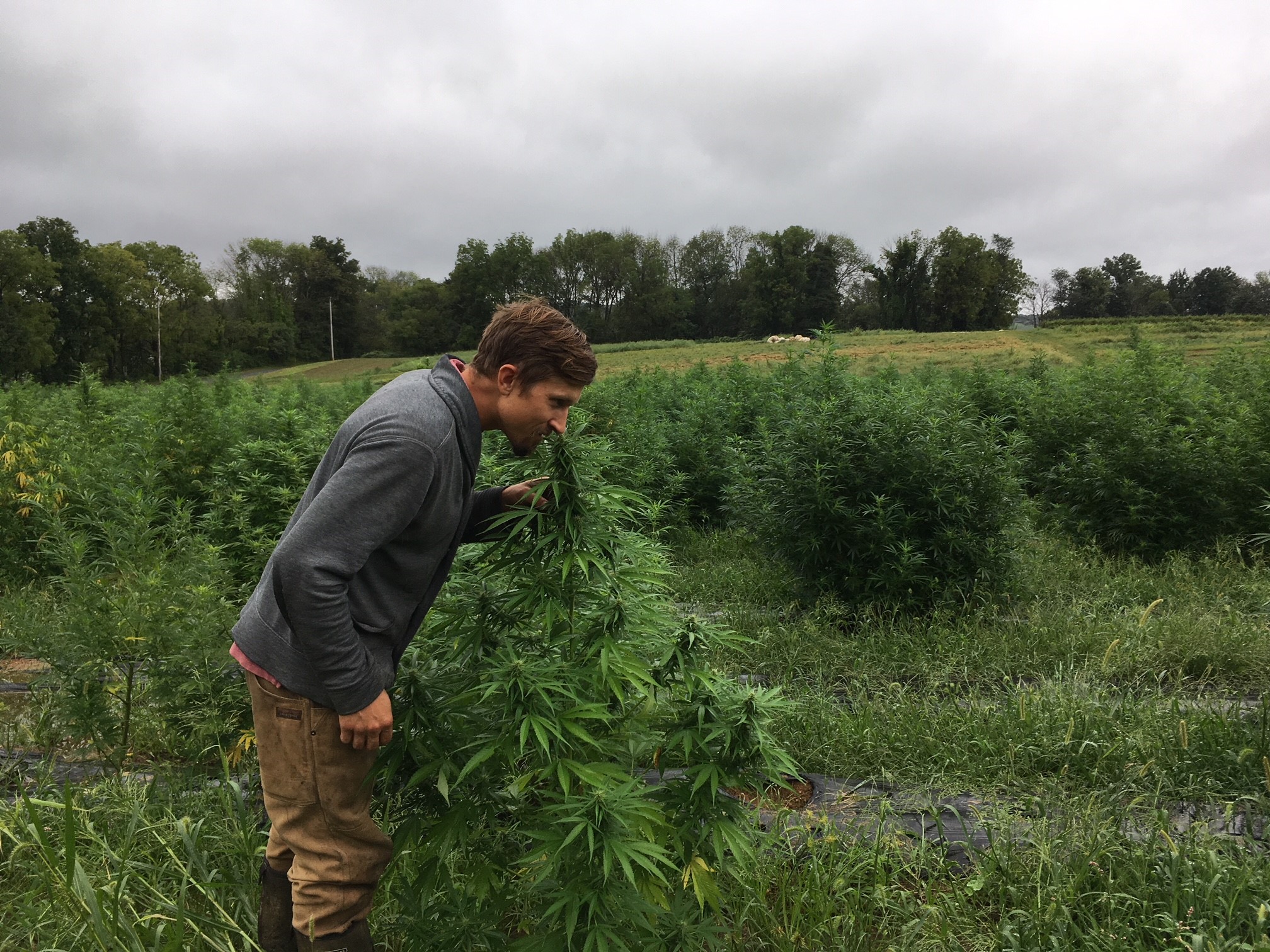 Consumers, brands and other farmers need to find their own curiosity, Davies says. “I think that the most important thing for customers and just general consumers and anyone really, farmers included, is to learn how to ask better questions.”

If people knew what to ask, they might start asking it, he says. “I'm constantly surprised at how little customers know or general consumers know about what's going on behind the scenes at farms. And in the agricultural world,” he says. “We just sort of have this culturally societal agreement that we just want to believe whatever's on the label.”

Until that label gets questioned, Davies says, the whole concept of regenerative agriculture might never gain the traction it needs to be a pivotal force. He’s seen what it’s done for his farm, but he worries it could be diluted, weakened, deprived of meaning.

“Regenerative isn’t going to matter,” he says, “until consumers get on board.”

Newark would say it matters now. Farms are saved one square foot at a time and saving the planet will be equally incremental. But farmers are saved as individuals, as families. Davies and Cunniff found their way to the land, following a passion. Farmers already on the land might find the same passion without leaving the farms they already work.

We are parked near Pottstown when Newmark calls. The rain is lighter but not stopping, the sky a blank gray. There may be an inevitability in Newmark’s predictions, but there is also an urgency in countless farms facing broken economics, depleted land. He calls for “compassion” for these farmers. The more consumers know this, the more they might spend on products that bring relief to the countless family farms withering in the chemical-tainted headwind of Big Ag.

People respond to different benefits promised by regenerative farming, Newmark says. For some, it could be the carbon sequestration science. For others, it might be habitat recovery. Some might look at nutrient density. But farmers have to be part of the picture too.

“Let’s save the planet,” he says. “But let’s also save the farm, and the farmer.”