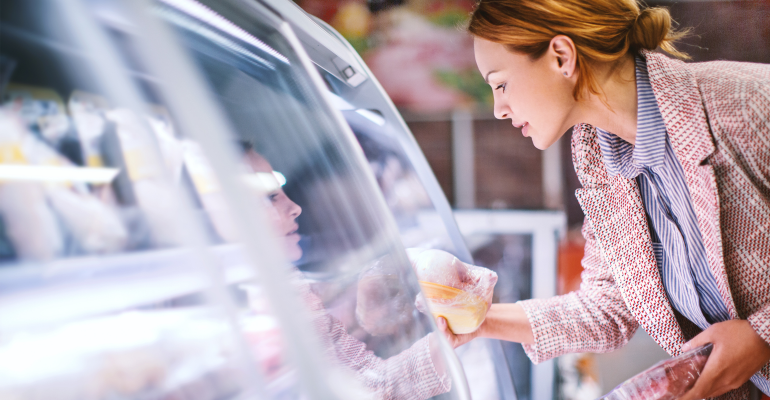 The 14th annual Power of Meat report reveals opportunities in leveraging the new food culture to provide solutions to consumers shopping for meat.

The Food Marketing Institute and the Foundation for Meat and Poultry Research and Education recently released the 14th annual Power of Meat report, an exploration of the $67 billion retail meat and poultry category.

The report takes an in-depth look at the behaviors, shopper preferences and trends driving major changes in the category, which boasts an impressive household penetration rate of 98.9%. Here are the highlights.

Circulars are out, in-store signage is in

For the first time in the report’s history, circulars are not the most frequently used promotional platform. Instead, retailers are turning to in-store promotional signage to take advantage of the fact that 52% of shoppers make purchase decisions in the store rather than preparing (and sticking to) a shopping list. Use of social media blasts, digital circulars and in-store apps such as MyMeatUp are also on the rise, as retailers attempt to help shoppers choose products that fit their interests and busy lifestyles.

Shoppers are increasingly concerned with the stories behind their food, from the history behind that imperfect heirloom tomato to how animals are treated on the farms where they are raised. The report reveals that two-thirds of shoppers look for “better for you” items—products labeled as low-calorie, high protein or hormone-free, for example—in the meat department, while 3 in 10 look for products that are better for the planet, farmers, workers and animals. This presents an educational opportunity for suppliers and food retailers as consumers consider the environmental, animal welfare and their health in terms of purchasing decisions.

Convenience-focused meat and poultry products saw robust growth in 2018, including value-added (up 5.1% ), fully cooked (up 2.5%) and frozen (up 2.2%). Retailers can take advantage of this trend by offering up new and creative ways to prepare familiar foods, such as meal kits or recipe cards that can be used with popular appliances like the Instant Pot.

Customers are shopping the entire store for meat

Meat products are no longer relegated to a single aisle or area. Instead, shoppers now look for meat offerings throughout the store, including the deli, frozen food section and even the snack aisle. The report advises retailers to consider new ways to help shoppers plan multiple meal meat purchases, as 40% of shoppers buy meat and poultry to cover meals for several days, and 35% buy meat to freeze and use over time.

Flexitarian and plant-based diets are on the rise

While 86% of shoppers report that they eat meat, plant-based and flexitarian diets are on the rise, especially with younger consumers. Among Generation Z, 13% eat a flexitarian diet, versus 6% of boomers; women are more likely to be flexitarians than men, at 15% vs. 6%. Try merchandising plant-based options like legumes next to ham bones, hocks or bacon ends smack dab in the middle of the meat aisle.

The report reveals that shoppers are feeling experimental when it comes to blended alternatives such as beef and mushroom burgers. Of the participants, 63% say they would “maybe” or “definitely” purchase blended meat and plant items. Integrating plant-based items into the meat department offers an opportunity to engage flexitarian customers while simultaneously making a meat sale.