HomeMarket Data and AnalysisBranded produce sales up 8%: Nielsen report
Recent
Latest
4 tips to get ahead of chemical concerns in packaging
May 20, 2022
7 CBD favorites in the increasingly popular gummies format
May 20, 2022
Mission MightyMe helps parents introduce allergens to babies
May 20, 2022
UNFI's Eric Dorne to step down as chief operating officer
May 20, 2022
Trending
Whole Foods' honors 30 companies with 10th annual Supplier Awards
May 18, 2022
Sponsored Content
The rise of sustainable business – eGuide
Sponsored Content
Getting ready for 2023: Trends for brands to consider
May 17, 2022
Sponsored Content
Unboxed: 7 plant-forward ice creams to stock this summer
May 10, 2022 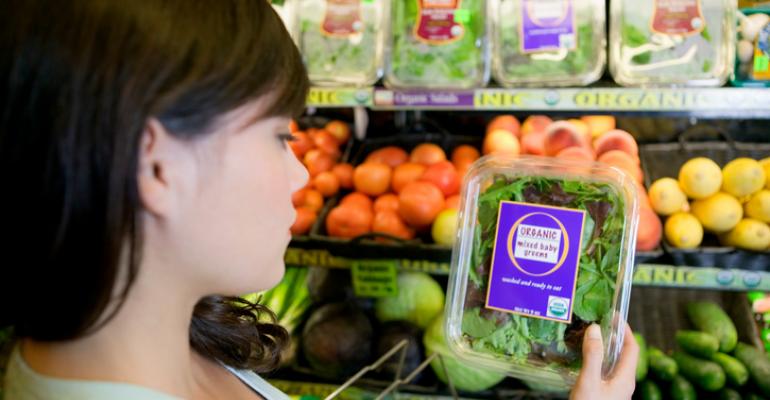 Branded and private label products are gaining market share in the produce category—especially in fruit.

Branded produce sales were up 8 percent in the past year and now account for well over one-third of the category’s $68.8 billion in sales, according to a new report from Nielsen.

“In the past, retailers stocked produce items with a farmers market look and feel,” Nielsen said in the report. “However, as consistent quality and trust has grown in importance among consumers, so has the opportunity to offer branded produce products.”

For the 52-week period that ended Sept. 30, while branded produce sales rose 8 percent, unbranded sales were down 3.3 percent and private label sales rose 2.3 percent, according to Nielsen FreshFacts.

In the $1.1 billion produce snack segment, branded produce has an ever larger share, at 72 percent of dollar sales.

Between 2012 and 2016, sales of branded produce have grown to account for 38.5 percent of category sales, up from 30.8 percent five years ago, while unbranded produce saw its share of the category decline to 49.9 percent, down from 58.5 percent in 2012, according to Nielsen FreshFacts. Private label produce grew to 11.6 percent of sales, up from 10.7 percent in 2012.

Despite the success of branded produce, 55 percent of consumers don’t have a specific brand in mind before they purchase produce items, according to the 2017 Nielsen Category Shopping Fundamentals report. Branded products are succeeding in part by offering convenience and through labeling claims that address consumer interest in health and wellness, Nielsen said.

4 challenges for organic—and how retailers and brands prevail
Nov 07, 2017