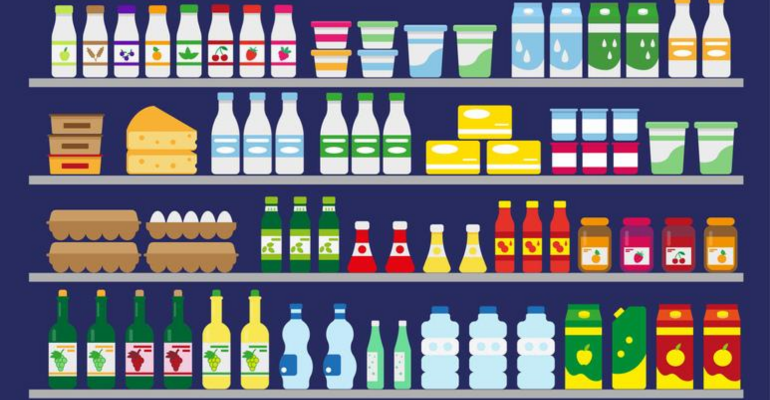 SPINS data on category sales over the past six months provides insight into recent retail sales patterns. Here are some of the categories that have been winners and losers in terms of sales growth.

How consumers shop and what they buy has changed dramatically in the first six months of 2020. While many retailers reported a rough start to the year in January and February, the rollercoaster that soon followed with the onset of the COVID-19 pandemic has been even more difficult to navigate.

With so much of the last several months spent in reaction mode—dealing first with supply chain issues and health and safety concerns, then with restocking, reopening (for some) and now the possibility of renewed shutdowns in some regions—it has been challenging for many natural products retailers to take stock, both literally and figuratively, during this ongoing crisis.

The situation has also varied greatly from place to place and store to store. Some natural product retailers reported huge upticks in sales during the early days of COVID-19 panic buying—by as much as 300% and 400% in a few cases—yet others have shared with New Hope Network that, several months later, they’re only doing 30% to 40% of their “normal” business..

Such disparate experiences make it tough to understand what’s going on in the natural products industry—yet this is precisely what retailers need to help plan for the future.

The following charts report data provided by SPINS for its “natural enhanced channel,” a grouping of more than 1,850 full-format stores with more than $2 million in annual sales and 40% or more of coded sales from natural/organic/specialty products. Using average sales growth year-over-year for the six-month period between January and June 2020, they depict what the best and worst categories have been so far this year in terms of sales growth. Though some of the featured categories may not be a surprise, the degree of growth and decline for others is staggering.

These 12 categories reported the strongest average growth from January to June 2020 compared with the same period in 2019. Just over half of these categories—and particularly those comprising shelf-stable pantry staples such as pasta, beans, grains and rice, meats, fruit and vegetables, as well as first aid products—experienced the greatest growth in March during the initial pandemic panic-buying surge. Notably, other high-growth categories including shelf-stable meat, poultry and seafood, and shelf-stable and frozen fruits and vegetables, came back with a bang after having reported negative growth in January and February, compared with that same period last year.

And while the meteoric more-than 160% growth of shelf-stable beans, grains and rice for the four weeks ending March 22, 2020, had dropped to 26% by June, this still amounted to a massive increase. This is particularly striking when considering that the total sales growth in 2019 among natural products retailers was just 2.3%, according to the Annual Market Overview conducted by Natural Foods Merchandiser and Nutrition Business Journal of chain and independent natural, health and supplement stores (including Whole Foods Market).

The ongoing success of refrigerated plant-based meat alternatives has been a surprise to some prognosticators who forecasted a decline in this somewhat novel category early on in the pandemic in favor of more traditional meat and poultry products. However, coronavirus troubles at meat processing plants have shone a negative light on the conventional meat industry and caused supply chain breakdowns. At the same time, consumers are more aware than ever of the connection between what they eat, their own wellness and the health of the planet—concerns that plant-based meat alternatives address.

Though some categories have performed exceptionally well pre- and during COVID-19, these 12 suffered overwhelmingly sharp declines in sales growth when compared with 2019 performance. In fact, all but two of the categories included in this chart—with the exceptions being wellness bars and gels and pet care and wellness—started the year off with negative growth even before the onset of the pandemic in the United States.

For some categories, particularly personal care items including cosmetics and beauty products, and body care kits, the decline over the course of this six-month period has increased, with particularly marked decline in April, perhaps as a result of any essential purchases being made the month before. And while some staple products such as deodorants and antiperspirants, wellness bars or gels and skin experienced positive growth during the March stockpiling phase, their numbers quickly turned negative again in April.

More surprising perhaps was the decline in shelf-stable baby food, which seems like more of a pantry must-have for anxious parents in a time of uncertainty. Although this category rose to double-digit growth in March, it was down by more than 30% percent in April compared with the year before. Shelf-stable jerky and meat snacks also experienced March growth followed by a rapid decline in April.