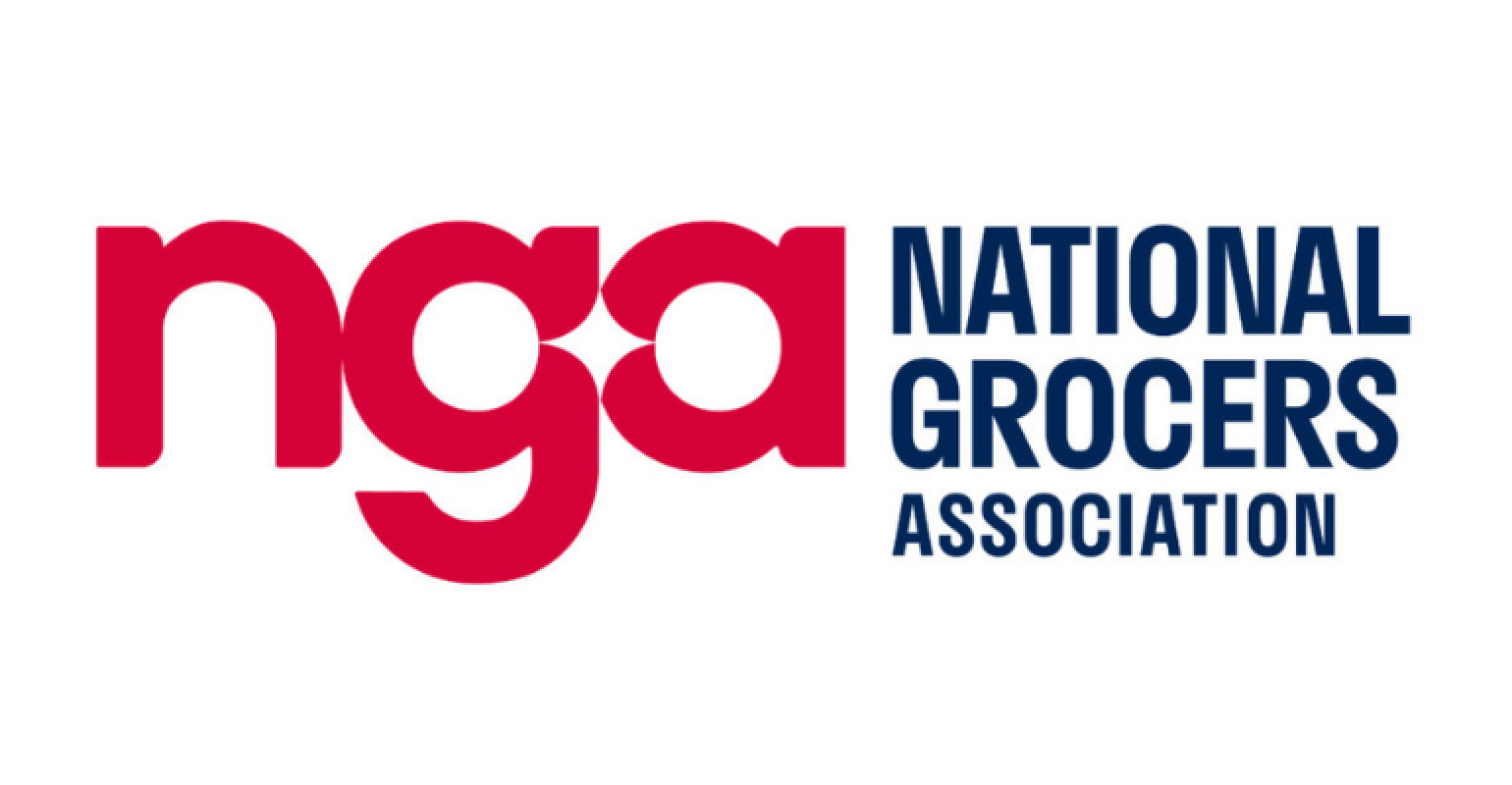 Independent grocers now account for 33% of overall U.S. grocery sales, up from 25% nearly a decade ago, new research from the National Grocers Association (NGA) shows.

Sales by the independent supermarket sector rose almost 94% to $253.61 billion in 2020 from $131 billion in 2012, the year of NGA’s last economic impact study. Over the same period, total U.S. grocery store sales climbed 47% from $524 billion to $772 billion, according to NielsenIQ/TDLink data cited in NGA’s latest research, conducted by John Dunham and Associates.

As a slice of the economy, independent grocers represented 1.2% of the 2020 U.S. gross domestic product of $20.93 trillion, with a total output topping $255 billion, NGA reported. The sector encompasses 21,574 stores nationwide.

“Not only are independent community grocers at the heart of the community, they are also at the heart of the U.S. economy, responsible for more than 1.1 million American jobs across thousands of communities,” NGA President and CEO Greg Ferrara said in a statement. “The continued strength and growth of the independent supermarket industry shows consumers are supporting local, community grocers who continue to innovate and bring value to the communities they serve.” 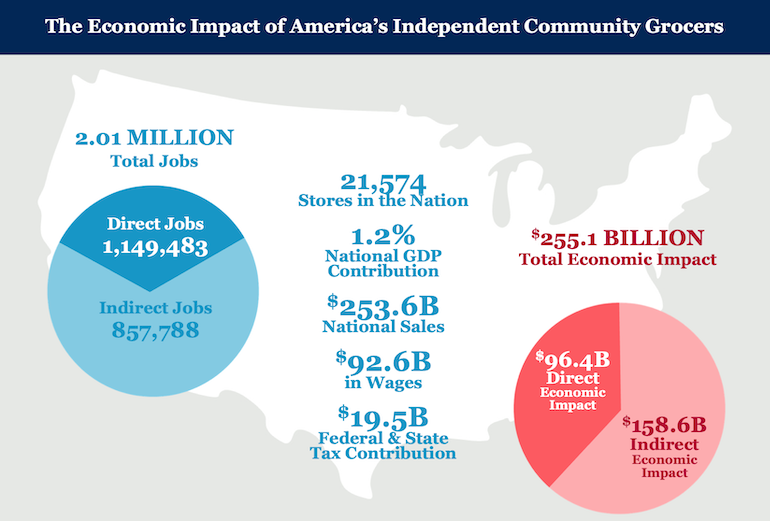 NGA’s study also noted that independent grocery is directly or indirectly responsible for almost 860,000 jobs across industries, including agriculture, manufacturing, construction, wholesaling, retailing and transportation, among others. Independent grocers, too, account for federal, state and local tax revenue of $36.11 billion.

“Through strategic investment and planning, independent community grocers found themselves well-positioned to meet the intense demand placed on them by consumers during the pandemic and have proved themselves to be indispensable partners in their communities and local economies,” Ferrara explained.

Still, independent operators have struggled to hold onto share in some markets, especially where food deserts exist, as they battle competitive disadvantages favoring big-box retailers and dollar stores, according to NGA.

“Despite this growth over the past decade, independents appear to be losing a foothold in rural and inner-city low-income areas,” Ferrara stated. “NGA is working to reverse this trend through a comprehensive antitrust advocacy approach that would rein in growing power-buyer influence and encourage grocery investment in disadvantaged communities.”

Independents also have stepped up investment in online grocery shopping platforms, which provided a lift during the COVID-19 pandemic, NGA said. Citing eMarketer data. the study reported that U.S. online grocery sales rose 54% in 2020 to nearly $96 billion, representing a 12% share of the nation’s e-commerce sales and 7.4% of all grocery sales.

The growth came during a period higher food inflation, NGA added. From 2012 and 2020, food saw an average inflation rate of 1.69% per year, according to U.S. Bureau of Labor statistics data.

“This study is further proof that independent community grocers are crucial to feeding the nation’s pocketbooks as well as its bellies,” Ferrara commented.