HomeMarket Data and AnalysisJust how important is 'natural' to consumers when making food decisions? Here's a look at the research
Recent
Latest
4 tips to get ahead of chemical concerns in packaging
May 20, 2022
7 CBD favorites in the increasingly popular gummies format
May 20, 2022
Mission MightyMe helps parents introduce allergens to babies
May 20, 2022
UNFI's Eric Dorne to step down as chief operating officer
May 20, 2022
Trending
Whole Foods' honors 30 companies with 10th annual Supplier Awards
May 18, 2022
Sponsored Content
The rise of sustainable business – eGuide
Sponsored Content
Getting ready for 2023: Trends for brands to consider
May 17, 2022
Sponsored Content
Unboxed: 7 plant-forward ice creams to stock this summer
May 10, 2022

Just how important is 'natural' to consumers when making food decisions? Here's a look at the research 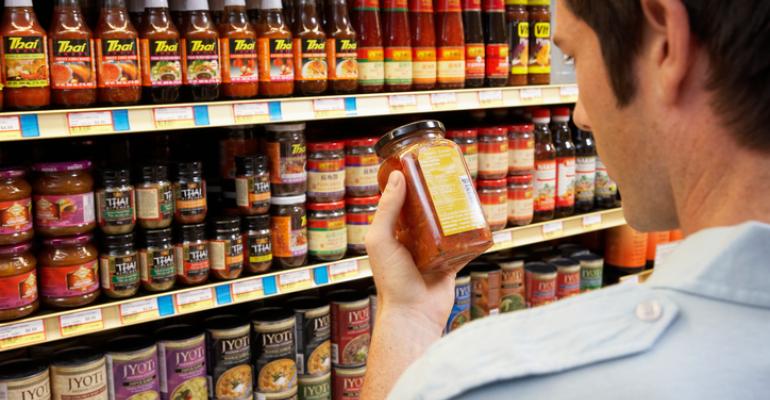 Consumers tend to define natural in three different ways, according to a new research review.

Natural has long been an effective food label claim, but with such widespread use and such little regulation around it, it’s not always clear what exactly about it consumers are drawn to. A team of researchers in Europe decided to analyze all the studies they could find focused on consumers’ preference for food naturalness—amounting to 72 studies in 32 countries involving more than 85,000 consumers—for patterns in how important “naturalness” is for consumers. While they didn’t turn up any shocking results, what they found in their scientific review was interesting and has potential implications for the natural foods industry.

How is natural measured?

The researchers found, first and foremost, that “natural” has been defined and measured in a variety of different ways. They classified these approaches using three main categories: how the food is grown (farming practices, with emphasis on organic and local production); what technologies and ingredients are used during processing; and the properties of the final product, referring mainly to things like healthiness, tastiness, freshness and eco-friendliness.

The second category is worth explaining in a bit more detail. Here's how the authors describe it:

The second category refers to post-harvest food processing and distinguishes between the ingredients used and the production process itself. As for the ingredients, consumers seem to give more importance to the absence of certain negative elements (mainly additives but also preservatives, artificial colors and flavors, chemicals, hormones, pesticides and genetically modified organisms) than to the presence of certain positive elements (natural ingredients). The products should be as minimally processed as possible, even resembling homemade foods. Using traditional food production methods is perceived as preserving the food's natural state.

Importance of natural: Not where, but who

The researchers found the answer to their second question—to what extent is perceived naturalness important to consumers—is that the value of natural is pretty universal. Naturalness turned out to be “considerably important” for consumers independent of the country being studied and the year in which the study was conducted.

Looking at sociodemographic factors that influence the perceived importance of natural, they found only two variables that were consistently significant: female and older consumers tended to place greater importance on naturalness than their male and younger counterparts.

Some of the studies showed a correlation between consumers valuing naturalness and their intentions—to eat foods that are local or traditional, fresh, more environmentally friendly and lower in calories. There was also a positive association with intake of healthy, organic and traditional foods; people who value naturalness also reduced their consumption of unhealthy and convenience foods. Furthermore, while there was a negative perception of novel food technologies among consumers valuing natural, one study in Spain found that perceived naturalness in functional foods actually increased their consumption.

Implications for the food industry

The authors explain what the significance of naturalness among consumers may mean for the food industry:

It may have consequences not only for the development and marketing of foods, but also for the development of innovative food technologies… [Consumers] want to save cooking time and buy convenience food; at the same time, they like to eat unprocessed and natural foods. This issue also poses an opportunity for the food industry. Production processes, ingredients, packaging and marketing need to be combined in a way that consumers perceive the products as natural foods that have similarities with traditional ones.

One important caveat to all this is that the research did not include cost-benefit analyses to understand exactly how much consumers value natural when actually making their purchasing decisions. The study authors say, for instance, that consumers take less issue with naturally derived food additives than they do with synthetic products. However, replacing synthetic with natural food additives may impact a product’s price and shelf life—and there’s not much research looking at how consumers prioritize such tradeoffs. “For example, it is unclear to what extent consumers are willing to sacrifice shelf life and how much they are willing to pay for more naturalness in their food products,” they write. Stay tuned for the results of that research.