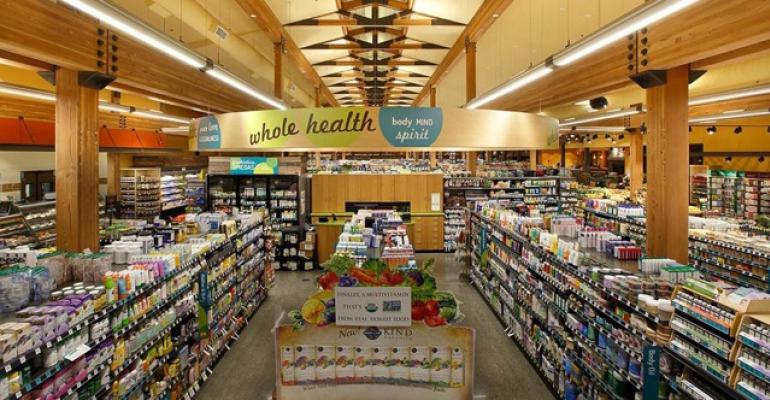 Jackson Whole Grocer and Cafe in Jackson, Wyoming, made 2019 investments that had it prepared to meet 2020 curbside pickup demands.
Store upgrades, increased collaboration and an investment in employees in 2019 helped independent natural retailers brace for a storm they never could have seen coming.

You could call it the calm before the storm.

After a tumultuous decade characterized by fierce competition and narrowing margins, independents rose to the challenge and settled into a healthy rhythm in 2019, holding on to modest year-over-year sales gains and winning back customers from struggling soon-to-be shuttered chains.

“If there is one word I would use to describe 2019, it would be ‘stable,’” says C.E. Pugh, CEO of the St. Paul Minnesota-based trade group National Co+Op Grocers. “Folks had begun to adapt to all the changes, expand and grow.”

Little did independent retailers know that their investments in store upgrades and expansions, online platforms and employee benefits would also help them weather the unimaginable pandemic in 2020.

“I have absolutely no regrets,” says Paku Misra, co-owner of Sunflower Market, which completed a glistening 9,000-square-foot addition to its 40-year-old Woodstock, New York, store in September (with plenty of space for what we now know as social distancing). “If we hadn’t done that expansion, we would be really struggling to provide what our customers need right now.”Competition easing up, e-commerce on the horizon

Overall, according to Natural Foods Merchandiser’s latest Natural Retail Market Overview Survey, 2019 looked a lot like 2018. Sales of natural products across all channels hit $166 billion, up about 5% from 2018. Conventional stores held 44% of market share, while natural retailers held 36%—a balance largely unchanged from the previous year. But a few subtle shifts were on the horizon. E-commerce sales increased a whopping 20%, as large online retailers like Amazon and Walmart doubled down on internet sales, nudging some forward-thinking independents to dabble in it, too.

“We started doing e-commerce (curbside and in-store pickup) about two years ago—thank goodness,” says Jeff Rice, owner of Jackson Whole Grocer and Café in Jackson, Wyoming. It was slow to catch on, he says, noting it accounted for only about 1% of his business last year. Now it’s up to 15%. “I feel bad for all these retailers trying to spin up a new system in real time because of COVID.”

Read all of the Natural Foods Merchandiser Market Overview coverage:

Large chains and specialty stores struggled in 2019, with year-over-year sales gains barely breaking 1%, while independents overall saw sales increase by 3%. That mediocre showing for the so-called “supernaturals” foreshadowed announcements in January and February of 2020 that natural chains Lucky’s and Earth Fare were filing for Chapter 11 and closing dozens of stores across the country.

While no one wants to see a competitor go under, those imminent closures—and the sagging performance of such stores—were already benefitting independents like Rice’s Whole Grocer in 2019. Six years ago, he moved out of his 14,000-square-foot natural foods store in the ski town of Jackson Hole to expand into a 40,000-square-foot one a half mile away—complete with an in-house bakery, juice and coffee bars, a café and a modern vibe. To his chagrin, Lucky’s moved in to his old space, piling more competition on to that from Albertson’s and Smith’s, which had expanded their natural sets too.

For a time, the double-digit sales increases Rice had once enjoyed went away.

But in 2019, as the quality of his neighbors’ offerings began to deteriorate, his foot traffic picked up again, pushing year-over-year sales increases to 12%. Once Lucky’s closed in 2020, that increase doubled to 25%.

Just over 81% of retailers surveyed by Natural Foods Merchandiser said no new competitors had opened in their neighborhoods in 2019 or thus far in 2020, while 24% saw a competitor close.

“Marketing 101 tells you that new competitors slice up the pie into smaller pieces, and fewer competitors give some of those slices back,” says Jay Jacobowitz, president of Brattleboro, Vermont-based consulting firm Retail Insights. “It’s still an uphill climb. You have to fight for every dollar. But the independents that have continued to reinvest in their stores and stay current are doing very well.”

The power of association

Retailers also are learning that there is strength in numbers and are joining trade organizations in droves.

“If there is a secret sauce to success here, it is the network,” says Pugh, whose National Co-op Grocers (NCG) now includes 147 co-ops operating 200 stores in 38 states. They share ideas via Listserv, visit one another’s stores and use group buying to level the playing field on pricing against larger chains.

For instance, NCG recently worked with distributor UNFI to get a good price on its controlled brand, Field Day, giving its members access to a value priced private label to put on their shelves.

“We facilitate a hive mind and leverage combined purchasing power to save people money,” Pugh says.

“It gave us better pricing and better access to products that our members can pass on to consumers,” says Pat Sheridan, interim president and CEO of INFRA.

Meanwhile SENPA, a nonprofit trade group boasting 300 independent retailers in the South and beyond, puts on two trade shows to unveil new products and provides an array of educational programs and network offerings for its members.

“Back in the ’90s if you had another health food store coming in, that was your competition,” says Debra Short, executive director of SENPA. “Now the independents support each other.”

Investing in people and progress

Only 1% of natural products retailers surveyed by NFM added a new location in 2019, while 3% closed a location.

Among the locations that closed, one of 20-year-old Mustard Seed Market’s locations in Solon, Ohio.

“When my family opened the Solon store, we had high expectations,” says CEO Gabe Nabors, announcing the Oct. 30 closure on Instagram. “It was the largest natural foods grocery store east of the Mississippi, and the natural foods industry was having double-digit growth. Unfortunately, the store did not develop as we had hoped and today with the increased competition both in brick-and-mortar stores as well as online, our time has come.”

At Jackson Whole Grocer and Café, which boasts 140 employees, Rice ramped up wages an average 16% to reduce employee turnover at a time when unemployment was extremely low and quality workers were hard to find in the ski resort town. He also recruited a new director of culinary operations from San Francisco to take in-house foodservice and bakery to the next level and worked hard to continue building a culture that employees wanted to be a part of.

“When COVID hit, our employees stuck around,” he says. “They are committed to what we do and who we are, and I am really proud of them.” 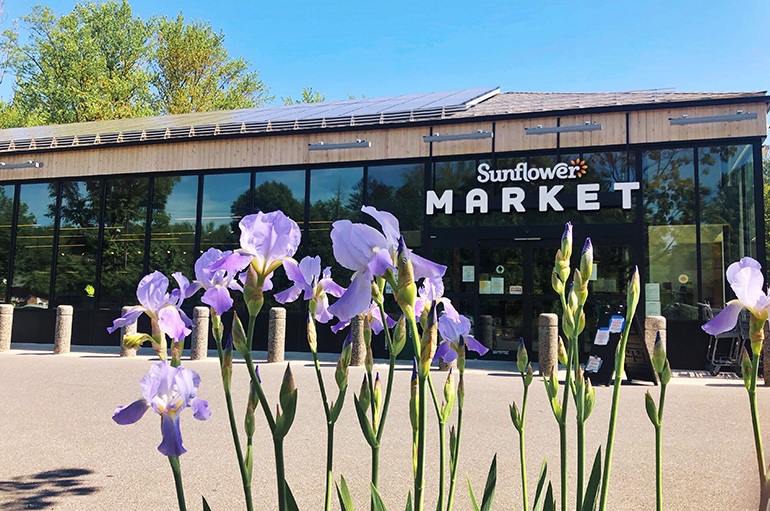 Sunflower Market’s Misra also made major investments in 2019. Founded in 1978 in Woodstock, New York, by his father-in-law Bob Whitcomb, the store was a cramped but beloved community landmark that needed a facelift.

Misra and his co-owners (all family) bumped it up from about 5,000 square feet to 14,000 square feet, still breaking even despite the need to close portions of the store throughout the year. When they opened the doors in the fall, the response was phenomenal, he says.

“We knew right away it was a good move,” he says. “People were calling their friends from the aisles and saying, ‘You gotta come check this out.’”

Not everything went according to plan.

The owners installed a kitchen and planned to open a hot bar, a cold bar and indoor café. But because of the labor shortage of 2019, they couldn’t find enough people to staff it. That proved serendipitous because foodservice offerings were the first to suffer or get shut down when COVID-19 hit.

Now, with restaurants nationwide struggling because of the pandemic, Misra is rethinking his café.

“The trend before was that you had to get into the foodservice game to get people to come into your stores, but now I hear a lot of retailers saying they are going to shut down their cafes and just leave that to the restaurants.”

Instead, what was to be a seating area has been transformed into a discount section. Because of the pandemic, the store’s additional square footage has become invaluable.

“In our other store, it would have been unimaginable to social distance,” he says. “This addition was the best thing we ever did.”

While the landscape for independent retailers, as with every business, looks quite different now than it did in 2019, INFRA’s Sheridan says he remains optimistic.

Often smaller and more agile, independents were among the fastest stores in the nation to get personal protective gear for employees and social distancing measures in place for customers—moves that not only secured the faith of existing customers but drew in new ones. With people cooking at home more and health top-of-mind more than ever, natural retailers are poised to play an even more important role, he says.

“Despite all of the negative impacts and challenges that this pandemic has brought, it also brings with it opportunities,” he says. “My outlook for independents is quite positive.”