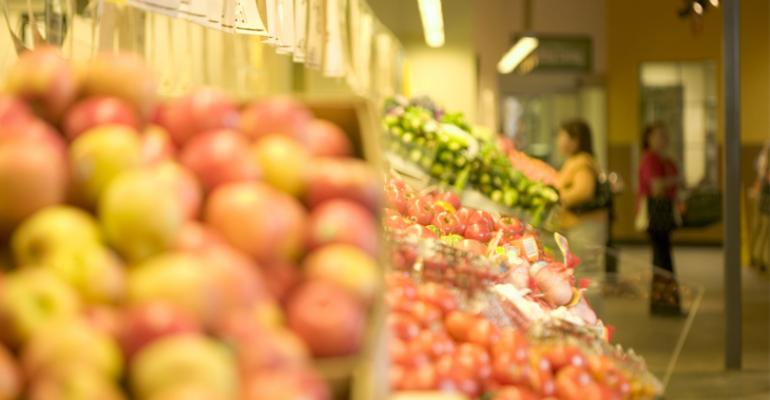 With its childhood innocence in the distant past and the erratic growth spurts of adolescence now behind it, the $141 billion natural products industry moved firmly into adulthood in 2016, maturing to a modest 7.4 percent growth rate across all channels, with independents and natural chains slowing to a 4.3 percent year-over-year change.

The good news: With this maturity appears to have come some stability for independents, as those who have weathered the past few years have learned how to not only survive but thrive in an era of increased competition, shifting consumer demands and hunger for community in the wake of a divisive election. Just 4 percent of stores closed in 2016, down from 6 percent in 2015, according to Natural Foods Merchandiser’s latest Natural Retailer Market Overview Survey. Sixty-nine percent of natural products stores surveyed reported a sales increase, and 72 percent noted that they did not have a competitor open in their neighborhood last year.

A tough year for the big guys

For conventional grocers and so-called “supernatural” chains, 2016 was a tough one.

With oil (and thus transportation costs) cheap and the dollar strong, food prices deflated for the first time since 1967, decreasing by 1.3 percent overall, with retail prices for eggs tumbling 21 percent, beef falling 6 percent and dairy declining 2 percent, according to the U.S. Department of Agriculture. For conventional chains already operating on razor-thin margins, this was not good news.

Price wars ensued. Retailers dipped into their margins to stay competitive, and some laid off workers and closed locations. Cincinnati-based Kroger Co. (which includes King Soopers, Ralph’s and Fred Meyer) reportedly offered buyouts to about 2,000 employees in 2016. In March 2017, it reported its first same-store sales decline in 13 years. (Walmart, in contrast, continued to enjoy double-digit gains).

Meanwhile, Whole Foods Market continued its lingering struggle, reporting in May that same-store sales fell 2.8 percent in the second quarter of its 2017 fiscal year (its seventh quarterly decline). In April, hedge fund Jana Partners became the second-largest shareholder of Whole Foods (after the investment firm Vanguard) with an 8.8 percent stake in the company and was putting pressure on Whole Foods to make changes to improve its bottom line. (Since then, news of Amazon purchasing the Whole Foods broke.)

Independents tend to be more agile and a bit less affected by commodity price fluctuations. And with the lines blurring between large corporate grocers and supernatural chains, independents now have a great opportunity to show off what makes them distinct.

“The difference between the corporate model, which you would now have to say includes Whole Foods, and the authentic, community-owned independent, is becoming clearer every day,” says Jacobowitz. “Those who embrace that authenticity and are passionate about serving their unique community will do well.”

Regardless of who they voted for, consumers shared one thing in the wake of the 2016 presidential election. After a year of historically divisive politics, they were hungry for community.

“We saw stores become a place where people can gather—where they see community happening and they feel welcome,” says Shindelar.

Talk of budget cuts to the Environmental Protection Agency and U.S. Department of Agriculture (which oversees the National Organic Program) have served as a wake-up call, Shindelar says, galvanizing many consumers to “vote with their dollars,” supporting local farmers and independent retailers who share their concerns.

While many retailers say they steer clear of partisan political talk inside their store walls, some have taken creative steps to quietly engage their customers in activist causes they believe in.

For instance, Sunflower Natural Foods Market in Woodstock, New York, recently instituted a monthly “Giving Back” drive, encouraging customers to round up their purchases to contribute to a different local charity each month. The store then matches the total contribution. Recent beneficiaries have included Planned Parenthood and Healthcare is a Human Right—a campaign for universal, publicly financed health care.

“We don’t necessarily vocalize it, but people know which way we lean,” says co-owner Paku Misra, who with his wife Melissa is in the process of purchasing the 39-year-old store from her stepfather, the original owner. The store, which recently put in a deli, saw sales climb by double digits this year. It will double in size next year.

“Our business has always stood for taking care of the community and the environment. People appreciate us for that,” says Misra.

Politics aside, independents nationwide are bolstering their community offerings, rolling out everything from cooking and yoga classes to community garden spaces as they re-establish their original role as stewards, rather than mere purveyors of food.

When 45-year-old Ever’man Natural Foods Cooperative completed its latest remodel and expansion in 2014, it added a 3,000-square-foot stand-alone community education center, which now hosts 80 classes per month, ranging from Reiki for pets to yoga for wounded veterans.

Like many independents undergoing a face-lift, it also capitalized on busy millennials’ appetites for healthy prepared foods, expanding its deli into a full-blown café, adding a juice bar, smoothie bar and coffee bar, and boosting its array of healthy, made-from-scratch grab-and-go offerings.

“Fifteen years ago, people cooked and baked at home. Now everybody is on the go but they still want to eat healthy,” says Thalia Lawrence, merchandising manager for Ever’man.

All the while, the store, founded in 1973 as a buying club for hippie surfers, has made a point of keeping its bulk offerings, organic produce and “conscious living” mission intact. Next year, it plans to open a new store.

“We have expanded outward without forgetting our base,” Lawrence says. “So far so good.” While the natural products industry may be mature, there are areas of the country which are far from saturated, Jacobowitz notes.

Once you move away from big cities, or even away from higher-income neighborhoods within big cities, there are still plenty of “B and C” real estate markets, where the land is affordable and the community is still underserved.

For instance, according to NFM’s latest survey, while the Pacific region of the country accounted for 24 percent of all natural products sales in 2016, the East South Central region (Missouri, Alabama, Tennessee and Kentucky) amounted to only 5 percent.

“It’s a big country, and the big boys can’t be everywhere at once,” says Jacobowitz. “There are still opportunities out there.”

In 2012, the 45-year-old, 500-square-foot co-op in West Philadelphia moved into a newly remodeled space five times its original size in the middle of what would otherwise be considered a food desert. The move cost $2.5 million, raised via public and private donors.

“It was scary,” recalls store manager Bull Gervasi. “But given how much our membership had grown and given the growing interest in natural and organic food, we felt it was a good bet.”

After four years of “phenomenal growth,” things began to taper off in early 2016, he says, slowing to 16 percent year-over-year growth that year.

This year, that number is around 8 percent or 9 percent.

“We are talking about expanding again,” says Gervasi, whose co-op is mulling a larger space with room for a deli, more grab-and-go items and a community gathering place.

He has no doubt that the industry is maturing, and that more competition lies ahead as more people shop online. But he’s not worried, and he’s not lowering his expectations.

“We just have to stay on our toes, sharpen our pencils and keep adapting,” he says. “It’s the grocery industry. It’s always a wild ride.” Click the "download" button below to get an easy-to-read, printable PDF of the 2017 Natural Foods Merchandiser Market Overview report including all of the data charts published in the July/August NFM magazine

Retailers find fresh solutions for their most challenging—and critical—categories
Jul 13, 2017