A groundswell of support for Black Lives Matter and demands for change have consumers re-examining social norms, but brands need to tread lightly and authentically.

Natural Products Industry Health Monitor, June 11, 2020
A global lockdown might make weeks feel like months and months weigh like centuries, but business allows little room for ennui. As distracting as the daily inundation of the negative can be, the time to look forward is always now. In this new weekly feature, Informa Health and Nutrition sister properties provide that right-now-right-here update. Look for the Industry Health Monitor each Friday to learn the major news that is affecting the natural products market immediately and the less obvious insights that could dictate where the market may struggle or thrive in the months to come.

Consider this: The natural products industry has a poor track record for diversity in leadership

If "a house divided against itself cannot stand," as Abraham Lincoln intoned in the lead-up to the Civil War, then the United States seems ever to be perched on the edge of collapse. But something different might be happening as those divisions manifest in the most raw and jolting ways. Protests are filling the streets nationwide and yet an Ipsos/ABC News poll shows us closer to agreement than ever. In a 2014 poll, 43% of respondents called the killing of Eric Garner evidence of a broad pattern of racial injustice by police. In 2020, following the death of George Floyd, that number has risen to 74%.

And yet at the same time, there is no clear agreement on what natural products brands should be doing. Many brand owners may have strong and genuine feelings about making a statement, but how many can point to concrete steps being taken to redress inequities within their own company?

New Hope Network’s Senior Vice President of Content Carlotta Mast put the matter starkly in an IdeaXchange piece last week: "According to the Natural and Organic Industry Benchmarking Survey conducted in late 2019 by the J.E.D.I Collaborative and New Hope Network, only 2% of leadership positions within our industry companies and on company boards are occupied by African Americans. The situation isn’t much better for Latinx professionals, who hold 2% of company board positions and 6% of company leadership roles within the U.S. natural products industry.”

J.E.D.I stands for “justice, equity, diversity, inclusion” and the natural products industry should clearly see the survey as a call to action. But how that action is taken is important. Bold statements without a track record of vocal advocacy and reform can look knee-jerk at best and opportunistic at worse. Put simply, authenticity matters. In a podcast interview for Natural Products Insider, Lara Dickinson, co-founder of the J.E.D.I Collaborative, explains that not every company has a Ben & Jerry’s track record and that out-of-nowhere declarations can look insincere. "It is easy to tweet support and put a poster on your website for a day but that creates a lot of noise that may limit hearing the people who need to be heard right now, the people who have experienced trauma and deserve our empathy and our ears and for us to learn from their experience,” Dickinson says.

Indeed, the natural products industry may not be a house divided, but it would be advised to get its house in order before it makes grand commitments and statements that may be well-intentioned but not backed by action.

Recent civil rights protests in response to George Floyd’s killing wrenched a visceral reaction bringing much-needed awareness to the systemic racism entrenched in our society. Part of this ripple effect has companies voicing action, while also looking inward at their own practices to turn inherent biases into anti-racist policies. Additionally, consumers are confronted with their own role in anti-racist messaging, from taking action to putting more thought into where and how they are spending their money.

Beyond marching in the streets, consumers may feel they have little ability to affect change before November’s elections, but an avenue of change immediately available to them is supporting companies manifesting social values. More consumers identify with and agree with the statements that they are “willing to pay more for products that demonstrate environmentally responsible practices” and “willing to pay more for products that demonstrate socially responsible practices.” The fact that these two values-based markers are notably higher than the 2017 benchmark could reflect the heightened awareness for humanity in response to confronting the social and economic stratifications exposed through COVID-19 and compounded by civil rights protests in response to what happened to George Floyd. Do consumers directly link socially responsible practices with that of a widespread social justice movement? It’s unclear, but the emotion of the marketplace on consumers is triggering a nation toward greater awareness for fairness, and humanity.

Do this: Words speak louder with action

The natural products industry should not need a crisis to act on social justice. And it shouldn’t watch from the sidelines now. Mast offers steps and resources on how companies can engage. Mast writes, "Through these actions, we can be allies for positive change and help construct the more just, equitable and inclusive world we all deserve."

Eric Pierce, on New Hope Network’s Next Data & Insights team, reveals the advantages of diversity in an IdeaXchange piece that calls out studied and quantified advantages to diverse leadership. In one study, companies with organizational diversity yielded 21% higher financial performance. In another, companies with diverse boards experienced a 44% hike in share price.

Hear this: Hope and mission

Urgency and action: Corinne Shindelar, president emeritus of the Independent Natural Food Retailers Association, lives not far from where George Floyd died. In an IdeaXchange piece, Shindelar sees despair, hope and a role to play for the natural products industry: “And yet everywhere I biked this morning there were signs of rebuilding. Rebuilding diverse businesses, fundraising, community dialogue, civil patrols and at almost every other block a food distribution site, because what was once a vibrant food corridor is now pretty much a food desert. If that doesn’t put the problem right in front of our faces, directly following the blows from COVID-19 to our food system, I am not sure what will.”

A special resonance: Ben & Jerry’s has never shied from taking a stand for social and environmental justice, but though the company’s "We Must Dismantle White Supremacy" call to action in the wake of George Floyd’s death was intended for an audience as broad as American society, the words could easily be marching orders for the natural products industry, where white privilege is made obvious by the J.E.D.I survey cited above. The statement reads, "Unless and until white America is willing to collectively acknowledge its privilege, take responsibility for its past and the impact it has on the present, and commit to creating a future steeped in justice, the list of names that George Floyd has been added to will never end. We have to use this moment to accelerate our nation's long journey toward justice and a more perfect union."

Consumer behavior indexes measure consumer behaviors through weekly surveys that are compared to a 2017 benchmark before COVID-19 emerged to see how the novel coronavirus is changing consumers. Behaviors seeking environmentally and responsibly made products, high-quality ingredients, nutrient density and transparency struggled to compete with other priorities as consumers grappled with a COVID world beginning of April. But with nearly three months of weekly tracking we see core consumer values realign with 2017 benchmark data that evaluated the same consumer behaviors.

Obvious Plant’s comedic genius deserves to be more widely known. While the brilliant and perfectly executed work (Google them!) has little to do with natural products, this particular piece unintentionally yet tangentially has something to say about both COVID-19 and civil rights matters. 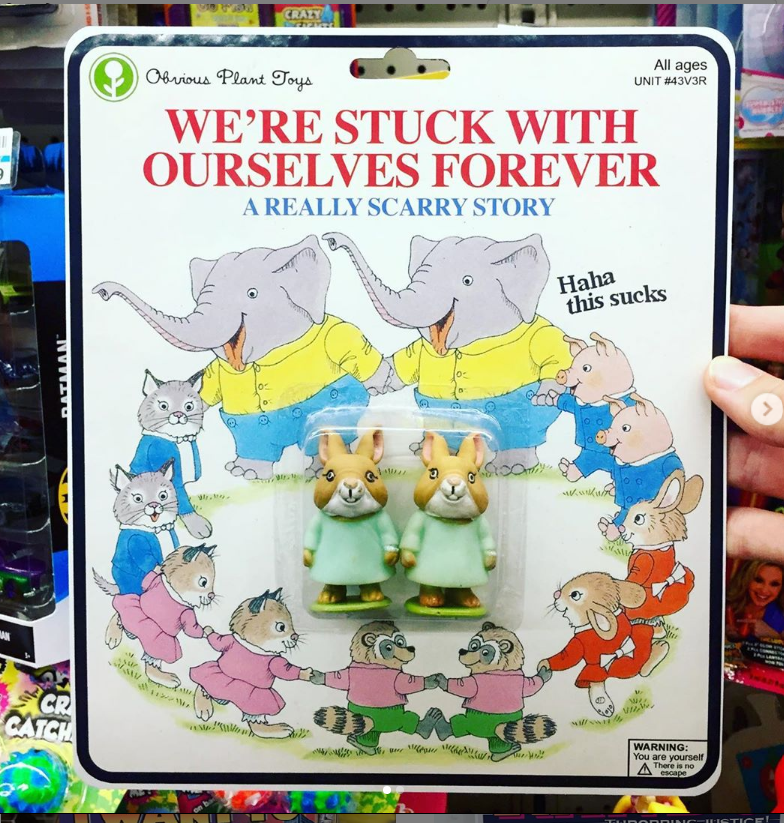