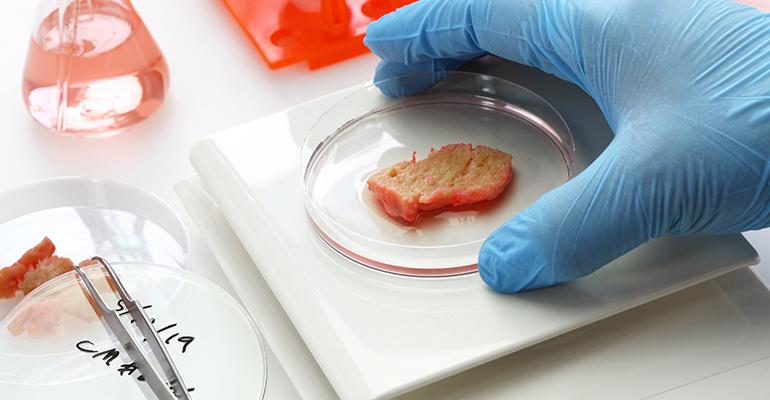 By 2030, cultivated meat can be cost-competitive and massively reduce the climate impact of meat production.

New studies released today by independent research firm CE Delft show that—compared with conventional beef—meat cultivated directly from cells may cause up to 92% less global warming and 93% less air pollution and use up to 95% less land and 78% less water.

The life cycle assessment (LCA) and techno-economic assessment (TEA) conducted by CE Delft, with support from The Good Food Institute and GAIA, are the first to utilize data from companies active in the cultivated meat supply chain. Informed by real-world inputs, the studies paint the most complete picture to date of the anticipated environmental impacts and costs of large-scale cultivated meat production.

Beyond emissions, the LCA also accounts for the impacts of pollutants on human health and shows that cultivated meat causes significantly less harm than conventional meat. Not included in the report are the global human health benefits associated with decoupling meat production from conditions that give rise to zoonotic disease transmission and antibiotic resistance.

Furthermore, with conventional meat using up to 19 times more land than cultivated beef—which doesn’t require crops and pastures to raise and feed livestock—a transition from conventional animal agriculture to cultivated meat production can free up land to restore ecosystems and sequester carbon. While these land-use-change benefits are not accounted for in the LCA, these parallel climate strategies can act as force multipliers in global efforts to reduce and offset carbon emissions.

These analyses provide governments interested in a safer, more secure and climate-resilient food system with data that can inform the allocation of R&D funding, considered vital to accelerating the development and global scaling of cultivated meat.

CE Delft Senior Researcher Ingrid Odegard: “With this analysis, we show that cultivated meat presents as an achievable low-carbon, cost-competitive agricultural technology that can play a major role in achieving a carbon-neutral food system. This research provides a solid base on which companies can build, improve and advance in their goal of producing cultivated meat sustainably at scale and at a competitive price point.”

GFI Senior Scientist Elliot Swartz: “As soon as 2030, we expect to see real progress on costs for cultivated meat and massive reductions in emissions and land use brought about by the transition to this method of meat production. This research signals a vote of confidence and serves as a practical roadmap for the industry to address technical and economic bottlenecks, which will further reduce climate impacts and costs. Government investment in R&D and infrastructure will be critical to accelerating the development of cultivated meat and help us achieve global climate goals. Favorable policies and carbon markets can incentivize the restoration of agricultural land for its carbon sequestration and ecosystem services potential, maximizing the climate benefits of cultivated meat.”

GFI Executive Director Bruce Friedrich: “The world will not get to net-zero emissions without addressing food and land, and alternative proteins are a key aspect of how we do that. Decarbonizing the global economy is impossible with the diffuse production process and range of gases involved in conventional animal agriculture. As these new models illustrate, if we can concentrate the environmental impact of meat production in a single, manageable space—and if we power that space with electricity generated from clean energy sources—that’s how the world gets to net-zero emissions.”

GAIA Consultant Hermes Sanctorum: "For GAIA, cultivated meat is primarily a solution for shifting away from animal agriculture and its many harms. Industrial farming has a major impact on the environment and animals. That is why we and GFI commissioned a study to make the comparison between cultivated meat and conventional meat. This study is a worldwide first: it is the first time that a study on cultivated meat has been made in collaboration with cultivated meat companies and with detailed data from these companies.”