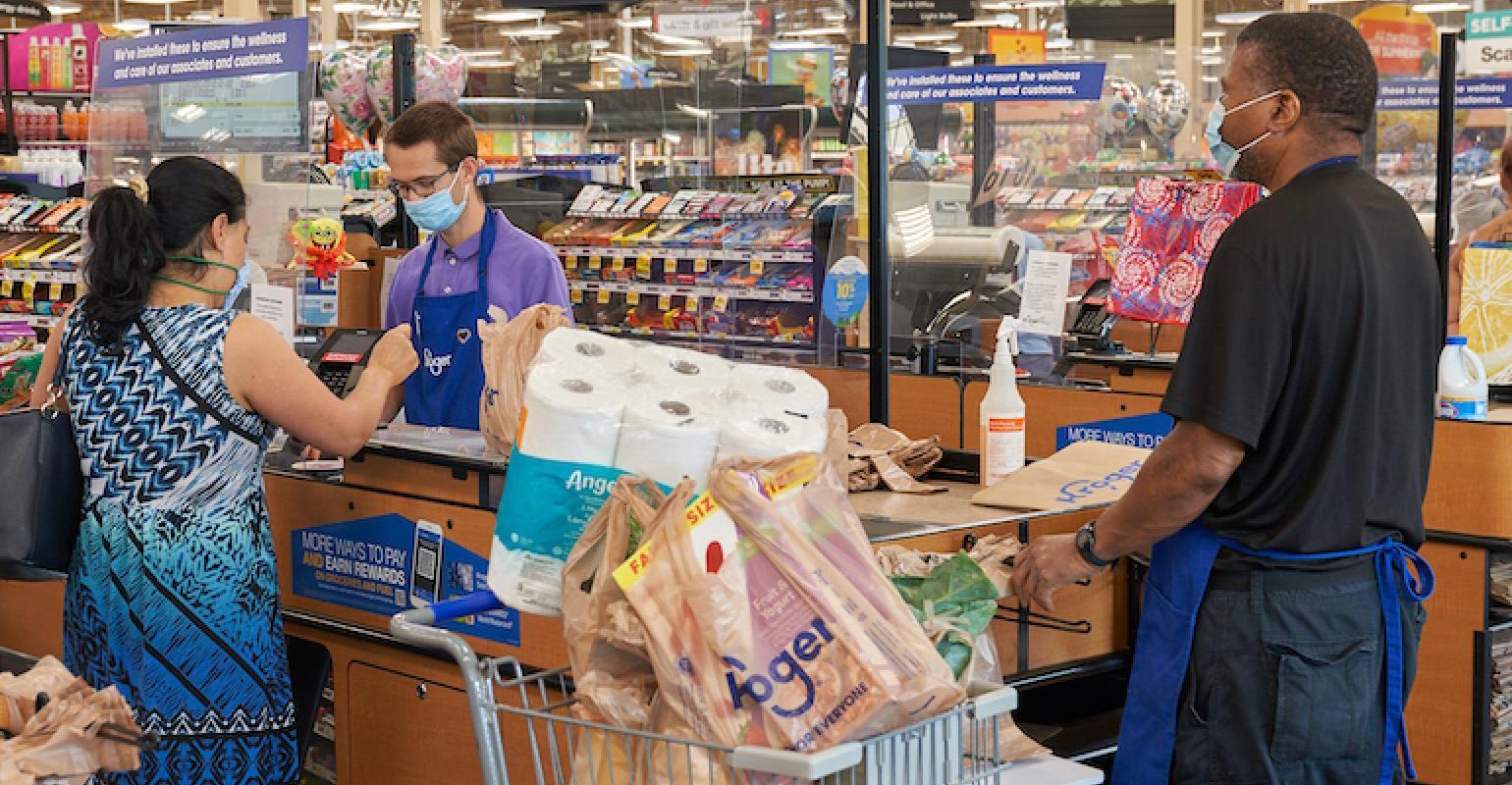 Chicago-based NielsenIQ said Wednesday that an analysis of the May 2020 to February 2021 period shows that, even after that two-month spurt of panic-buying by U.S. consumers upon the coronavirus outbreak, out-of-stock issues lingered in supermarkets through the rest of the year, leading to billions of dollars in missed sales.

Among the top 10 CPG categories with the highest missed-sales values, more than $2.93 billion in purchases were lost during the period, the NielsenIQ On Shelf Availability Barometer revealed. 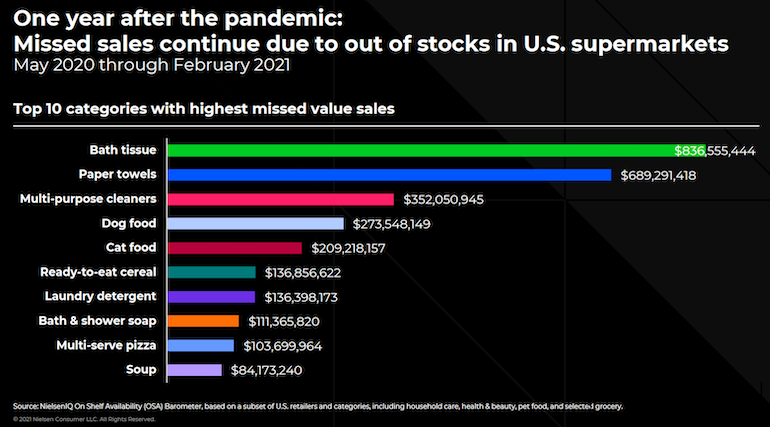 Probably unsurprising to most Americans, bath tissue and paper towels tallied the most lost sales from out-of-stocks, totaling $836.56 million and $689.29 million, respectively. Those categories were followed by missed sales of $352.05 million for multipurpose cleaners, $273.55 million for dog food and $209.22 million for cat food.

Missed-value sales are defined as purchases lost because retailers didn’t have on hand in their stores what customers wanted to buy. NielsenIQ research found that 30% of shoppers surveyed will go to new stores when they can’t find what they want in their current stores. Likewise, 70% of shoppers will buy another brand when a product they seek isn’t available.

“As one of the easier retail problems to fix, managing out-of-stocks is clearly critical, as it significantly affects the revenue of manufacturers and retailers,” according to Richard Cook, intelligent analytics leader at NielsenIQ. “Not only can retailers lose a significant amount of their sales if the products are not on the shelf, but out-of-stocks also result in reduced customer satisfaction and lower loyalty levels.” 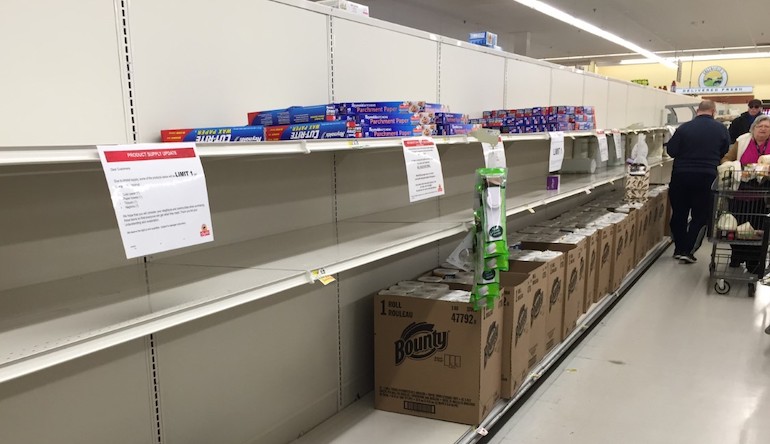 Combined, bath tissue and paper towels had more than $1.5 billion in missed sales because of out-of-stocks.

“As we see vaccinations rise in the U.S., with people yearning to socialize and be with their families, we might see out-of-stocks on Easter items—similar to what we measured during the Thanksgiving and Christmas holidays last year,” he explained. “Warmer weather and the reopening of schools could put pressure on categories like sunscreen, lunch meat and insect repellent in the coming months. Getting the right analytical models in place to avoid out-of-stocks is essential to ensure retailers and manufacturers don’t miss out on millions in value sales.”

For example, Oracle Advertising’s New Consumer report found that shoppers tried new CPG brands at “unprecedented” rates, with 43% of purchasers were new to a brand in 2020 versus 32% in 2019. Repeat purchase rates also are up, reaching 24.7% in 2020 compared with 23.3% in 2019. The report evaluated Oracle CPG Retail and Point of Sale Transaction data, representing over 75 million U.S. households and $762 billion in annual consumer spending from February to December 2020.

The rise in eating at home during the pandemic had Baby Boomers opting for home cooking, whereas younger shoppers leaned toward convenience foods. Baby Boomers focused on “from-scratch” cooking and often purchased “meat and potato” meals (31.1%), Oracle’s report showed. Millennials (29.4%) and Gen Z (26.2%) skewed toward quick-prep meals, such as frozen foods.