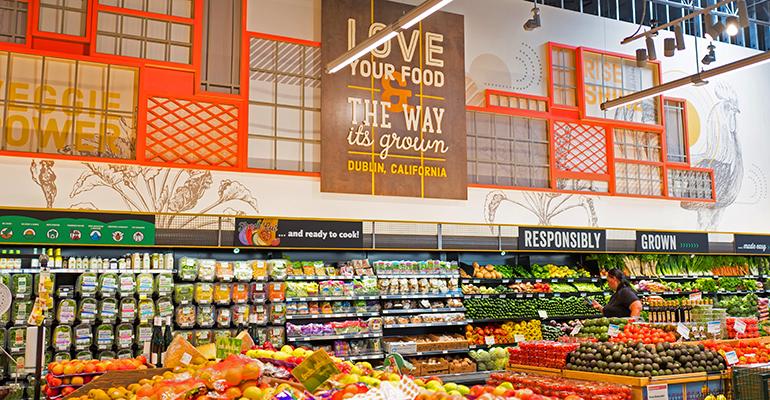 E-commerce, click and collect and delivery services helped stores meet customers' needs during COVID-19, even as retailers expanded across the country.

The supernatural retail segment continued to expand in 2020, both in sales per store and in new-unit development.

E-commerce appeared to drive significant sales growth for these companies, primarily via buy online, pick up in store models.

Sprouts Farmers Market, for example, reported that its e-commerce sales increased 340% in 2020, compared with 2019 levels. The chain expanded its relationship with Instacart to allow not only home delivery but also for customers to place orders on Instacart and pick up themselves.

Overall, Sprouts saw its total sales increase 15% in 2020, to $6.5 billion. That included comparable-store sales growth of 7.9%, plus sales from 22 new stores that opened during the year.

This year, the company plans to open 20 additional new stores, including several under the chain’s new, revamped format. Sprouts also opened a produce distribution center in Aurora, Colorado, in March, and another in Orlando, Florida, at the end of May.

"I believe 2020 was a turning point for Sprouts, and we're continuing to build on that success and momentum this year," Jack Sinclair, CEO of Sprouts, said during the company's first-quarter earnings call with analysts.

Based on Amazon's financial reporting for fiscal 2020, a portion of sales at its Whole Foods Market stores appears to have migrated online, as the company reported a 5.6% decline in brick-and-mortar sales for the year. Amazon's total online sales, however, which include orders placed online for delivery or pickup from physical stores, were up about 40% for the year, compared to 2019 levels.

Whole Foods, which now operates more than 500 locations, opened 18 stores in 2020 and debuted two new concepts: an online-only store in Brooklyn, New York, and Ideal Market in Denver. It recently said it also has nearly 40 more new locations in the pipeline.

Earth Fare, meanwhile, after filing bankruptcy in February of last year, appeared to get a new lease on life when eight locations were acquired the following month by Asheville, North Carolina-based Hulsing Enterprises, led by longtime customer Dennis Hulsing. The chain has since opened a total of 21 stores in North and South Carolina, Georgia, Virginia, Florida, Tennessee, Michigan and Ohio. Earth Fare operated 50 stores before filing bankruptcy, but sold several of those locations to other retailers.

"Our original plan was to open eight Earth Fare locations. However, after an overwhelming response from the public, we knew we had to do more," Cianciarulo said in a statement.

The Future of Food: Letter to the natural products industry
Jan 06, 2023