HomeMarket Data and AnalysisSupplements and the new normal
Recent
Latest
Innovation at Milkadamia is a weekly exercise
May 27, 2022
Sponsored Content
Are there potential carcinogens swimming in your biobased laundry detergent? – article
Rowdy Mermaid disrupts functional beverages with science-based innovation
May 26, 2022
Monitor: Environmental claims confuse consumers—even natural shoppers
May 26, 2022
Trending
Getting ready for 2023: Trends for brands to consider
May 17, 2022
Natural beauty market trends
Jun 16, 2021
The Planting Hope Company aims to prove gender equity leads to success
May 23, 2022
Podcast: What brands need to get on shelf at Fresh Thyme Market
May 24, 2022
NBJ
brought to you by

Supplements and the new normal 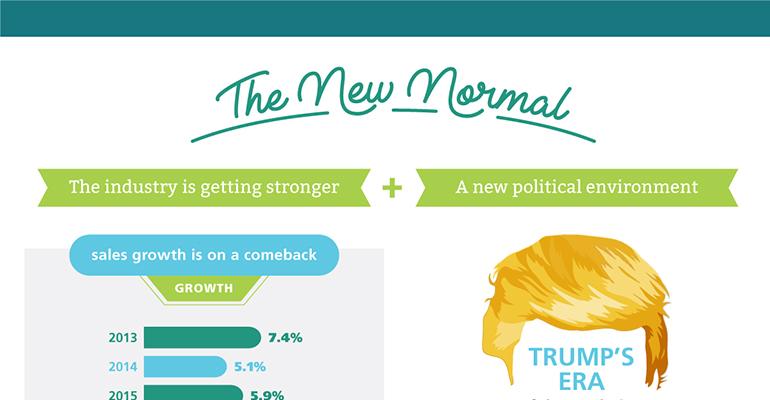 For companies in the nutrition industry, the “new normal” may be very different, less desperate, less exasperating and more hopeful. For us, the new normal could include the $41.1 billion in sales on 6 percent growth that NBJ estimates for 2016. This is a notch up from 5.9 percent in 2015, suggesting the industry has settled into what feels like a modest pace, after recovering from a historic slowdown in 2014.

So “the new normal” starts to sound like the good times are over but the industry has found its footing. Omega 3s, a major target of the negative headlines circa 2013, have crawled out of negative growth to find increasing sales that suggest a turnaround. While 1.9 percent might not sound like a lot in the supplement world, it’s a vast improvement over the negative 0.5 percent in 2015 or the plunge to negative 5.4 percent in 2013.

Welcome to the new normal. Learn all about it in NBJ's 2017 Supplement Business Report. Digital Disruption: Under the Influencer
Jun 07, 2017