To tackle climate change, we need to rethink our food system 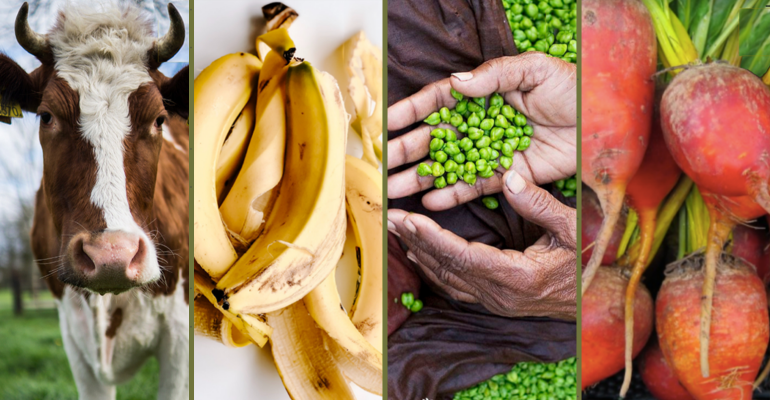 A new United Nations report finds that we must change our food system quickly to mitigate the most devasting effects of climate change.

The way we produce, consume and discard food is no longer sustainable. That much is clear from the newly released United Nations climate change report which warns that we must rethink how we produce our food—and quickly—to avoid the most devastating impacts of global food production, including massive deforestation, staggering biodiversity loss and accelerating climate change.

While it’s not often recognized, the food industry is an enormous driver of climate change, and our current global food system is pushing our natural world to the breaking point. At the press conference releasing the Special Report on Climate Change and Land, report co-chair Eduardo Calvo Buendía stated, “The food system as a whole—which includes food production and processing, transport, retail consumption, loss and waste—is currently responsible for up to a third of our global greenhouse gas emissions.” 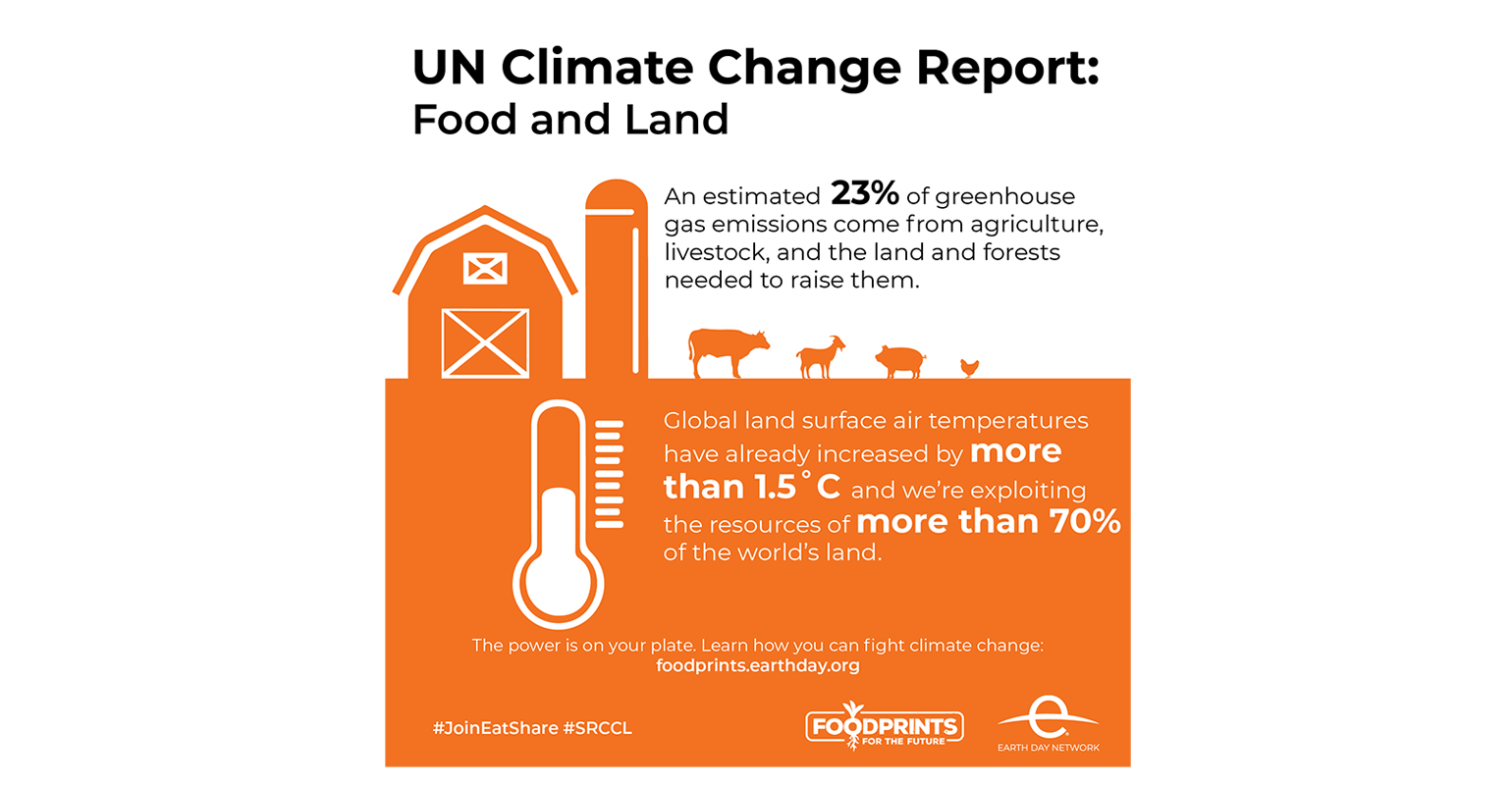 In other words, while most of us have been focusing on the energy and transportation sectors in the climate change fight, we cannot ignore the role that our food production has on cutting emissions and curbing climate change. By addressing food waste and emissions from animal agriculture, we can start to tackle this problem. How do we do that? 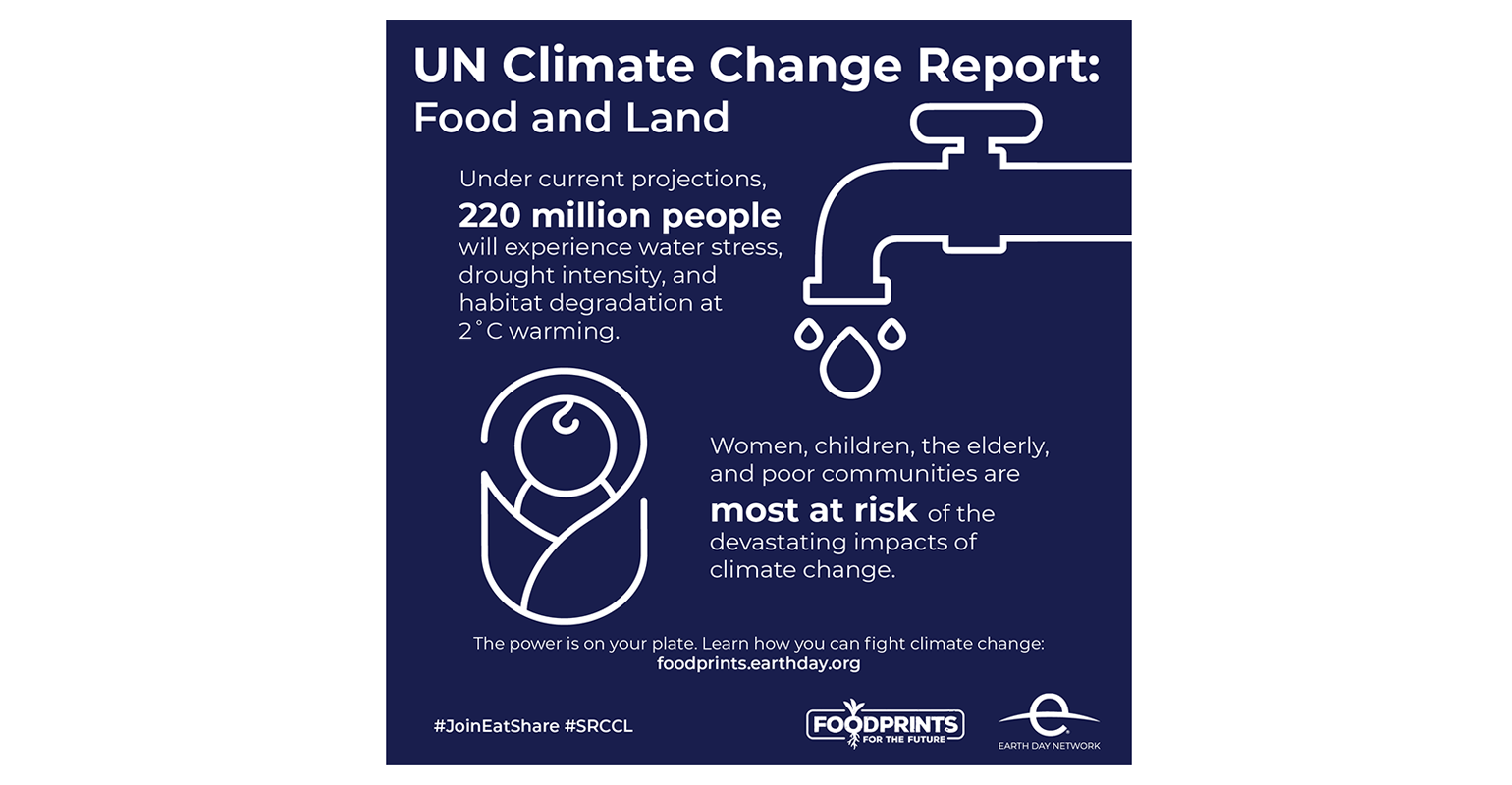 Livestock production is a leading culprit: driving deforestation, degrading our water quality and increasing air pollution. In fact, animal agriculture has such an enormous impact on the environment that if every American reduced their meat consumption by just 10 percent—about 6 ounces per week—we would save approximately 7.8 trillion gallons of water. That’s more than all the water in Lake Champlain. We’d also save 49 billion pounds of carbon dioxide every year—the equivalent of planting 1 billion carbon-absorbing trees. 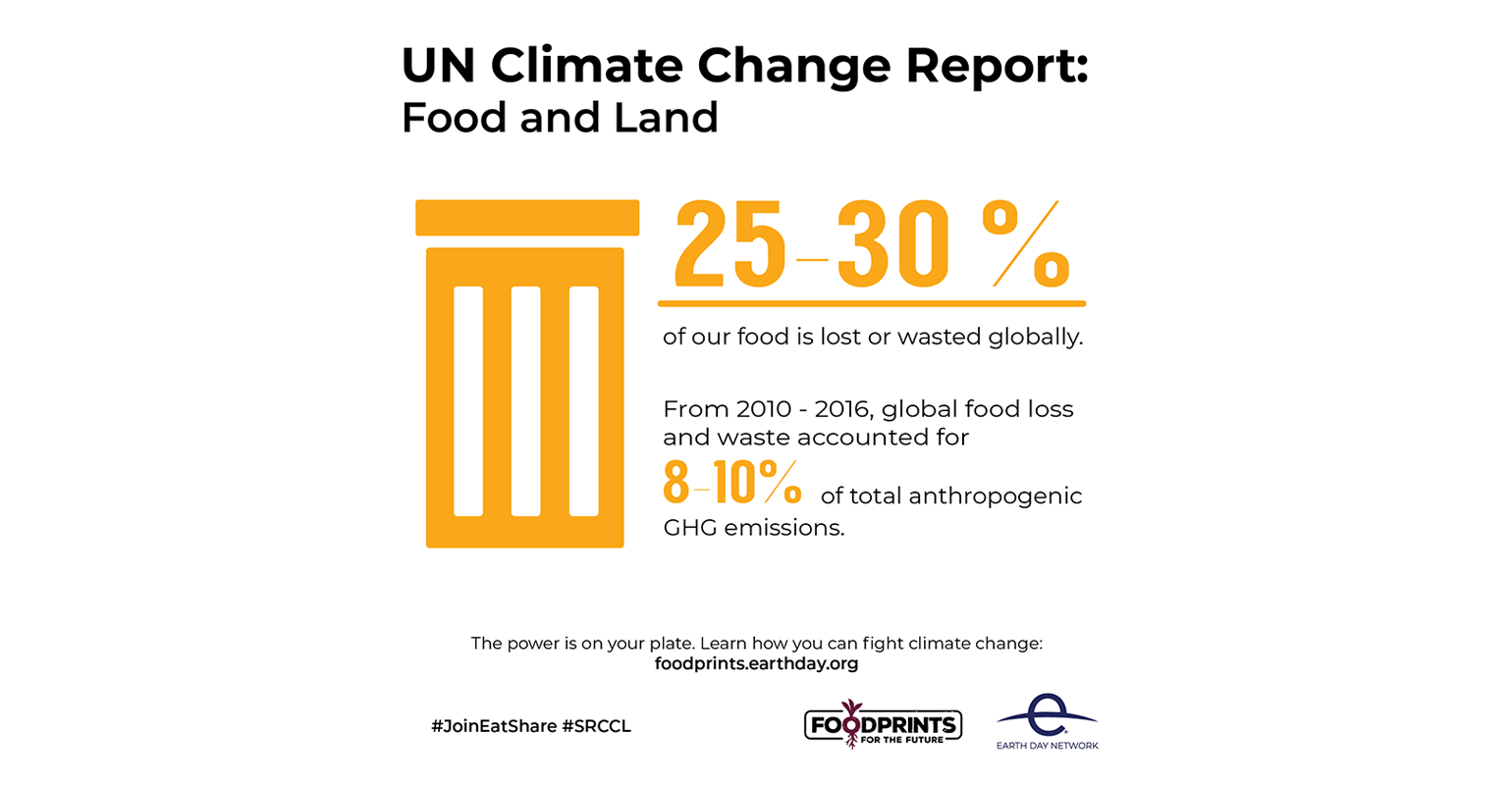 What’s more, to the injury from unsustainable food production, we add the insult of extraordinary levels of food waste: nearly one third of all food produced globally ends up in our garbage cans and then landfills. We are throwing away $1 trillion worth of food, or about half of Africa’s GDP, every single year. At our current rates, if food waste were a country, it would be the world’s third-largest carbon emitter after the U.S. and China. 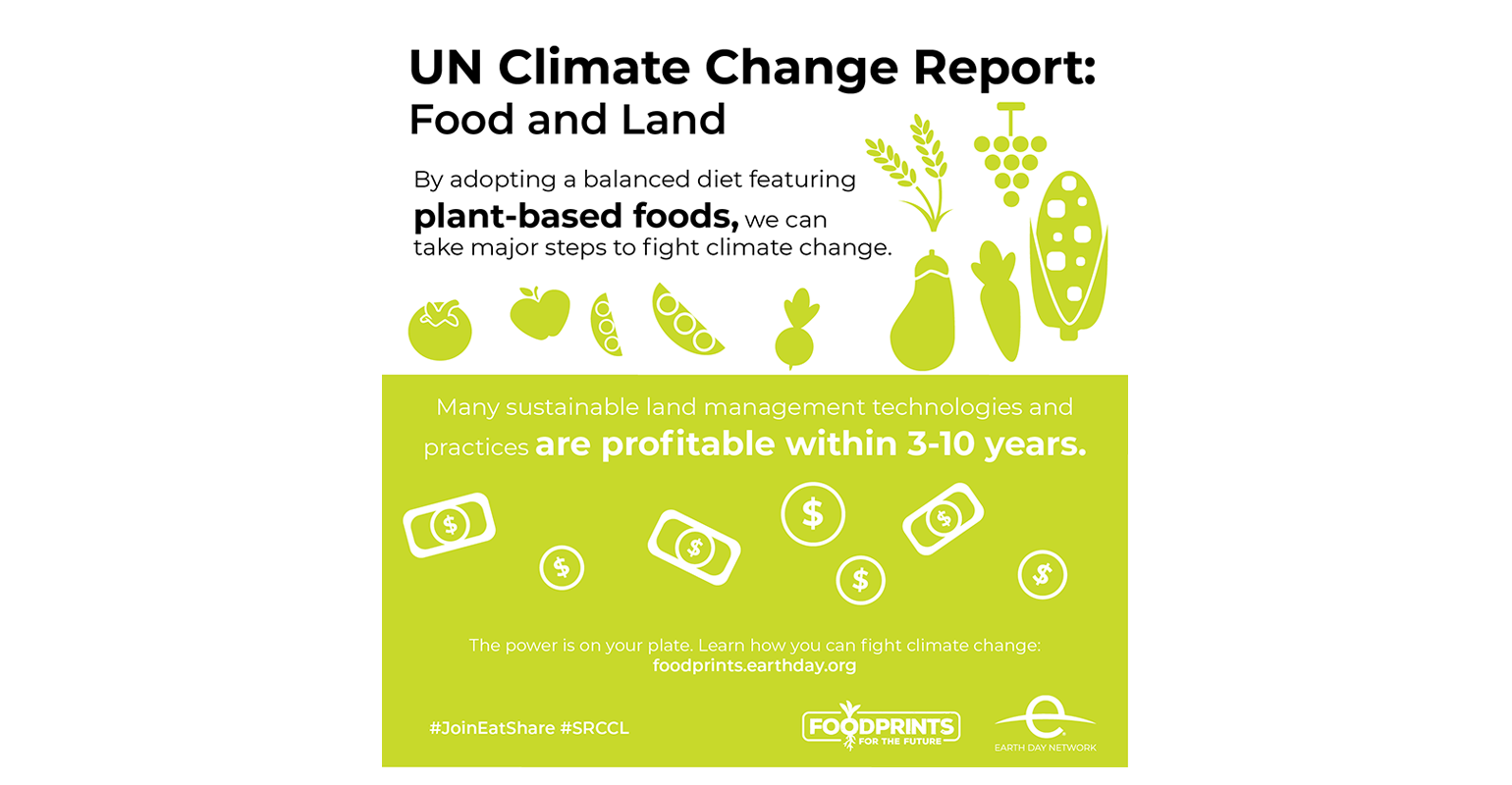 To ensure global food security and sustainable food practices in an ever-growing world, we need to reexamine our food systems and take regional resources, such as land and water availability, as well as local economies and culture into account. To start, the United States and other developed countries must encourage food companies to produce more sustainable food, including more plant-based options, and educate consumers and retailers about healthy and sustainable diets. Leaders must create policies that ensure all communities and children have access to affordable fruits and vegetables. And we all can do our part to reduce food waste, whether it’s in our company cafeterias or our own refrigerators.

Developing countries, on the other hand, face high levels of undernutrition, as well as limited access to healthy foods. Many nutrient-dense foods (such as fruits, vegetables and quality meats) are highly perishable, often making prices significantly higher than ultra-processed, nutrient-poor and calorie-dense foods. The high cost of nutrient-dense foods creates a significant barrier to healthy diets, as seen in urban Malawi and many other countries.

By promoting enhanced production of healthy and nutritious foods while also improving markets in low-income countries, we can lower prices and increase accessibility of healthy and sustainable diets. Politicians can also tackle systemic inequalities by redirecting agricultural subsidies to promote healthy foods, as well as investing in infrastructure like rural roads, electricity, storage and cooling chain.

Change must happen at every level if we want to build a better food system. International participation and resource-sharing can spread regional solutions across countries. And working for change at the ground level—among individuals, communities, local and federal governments and private entities—can help fight hunger and food inequality firsthand.

Yes, our food system is broken, but not irrevocably so. The challenges are enormous, but by understanding the problem and potential solutions, we can effect critical changes in the ways we produce, consume and dispose of food.

Kathleen Rogers is president of Earth Day Network.
Shenggen Fan, who has a doctorate in applied economics, is director general of the International Food Policy Research Institute and a commissioner for the EAT-Lancet Commission.

How the coffee bean can help shift the climate conversation from doom to solutions
Mar 15, 2019