America&rsquo;s industrial farming complex has been charged with wreaking havoc on the environment, depleting resources and engaging in egregious animal cruelty. One solution has been here all along&mdash;bison. Organic Connections, the magazine for Natural Vitality, investigates.

With disdain for factory farming at an all time high, the future of bison meat is bright: It’s healthier, more ecological and easier to raise than it’s ruminant counterpart, the cow. Cue Dave Carter, executive director of the National Bison Association, and campaigner for the increased production and consumption of buffalo.

But why are bison hailed as such a viable sustainable food source?

Most notably, bison are creatures that love to roam. They thrive in an open-range environment, and unlike 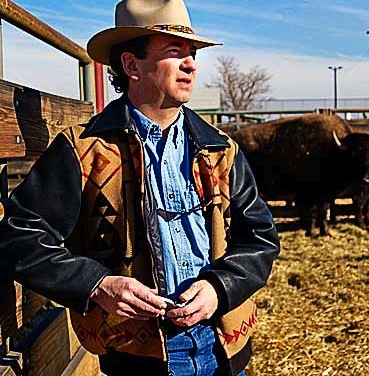 cattle, rarely need antibiotics—or much care for that matter. When left alone, bison graze on natural grassland, both negating the need for costly (likely genetically modified) corn, and contributing to the health of the grasslands.

“The grassland ecosystem has evolved through tens of thousands of years of grazing by large ruminants, primarily bison,” Carter explains in an interview with Organic Connections magazine. “If you take bison off that land, the grass is going to produce about 30 percent more growth than it can decompose; so after a couple of years it just chokes out and dies.” Plus, their hooves act as a natural aeration system, further contributing to the wellbeing of the prairie lands.

Dave Carter is particularly enthusiastic about encouraging younger farmers to pursue bison raising, due to the ease of taking care of them. Large tractors, barns, and feedlots are unnecessary—only a large plot of land, a fence, and the bison themselves are required.

While beef is still the front runner in red meat sales, bison meat is growing increasingly popular, with a whopping 11 percent growth in 2010. “Yes, it takes longer to produce bison and there will always be some extra cost, but there’s extra value—this is meat that tastes great, is healthy, and is healthy for the environment,” says Carter.

Interested in cooking with bison? Try the following quick and easy recipes: