Americans' meat-buying habits are changing. Is your meat department keeping up? 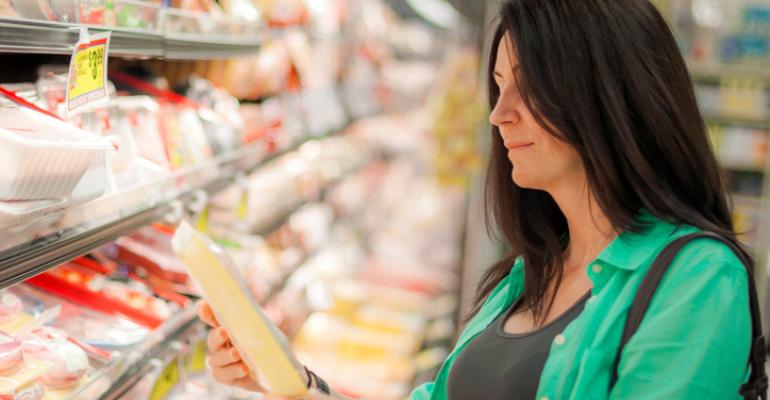 Only 3 percent of U.S. shoppers buy their meat primarily from natural or specialty stores, but interest in claims like organic, antibiotic-free and hormone-free are emerging. Here&#39;s how to prime your store for modern-day meat shoppers.

Meat hasn’t exactly benefited from the protein craze in the way that plant-based protein has.

In fact, recent news—like the World Health Organization declaring that processed meat is potentially carcinogenic, and the Dietary Guidelines Advisory Committee's recommendations (not included in the final guidelines) that Americans eat less meat— has cast somewhat of a shadow over meat. But new data shared in The Power of Meat 2016 report, prepared by the Food Marketing Institute and North American Meat Institute, demonstrates that most consumers still consider it an important part of a well-rounded diet.

What is changing is how consumers are shopping for meat. The report, based on surveys administered to a national sample of 1,360 U.S. adults, shows a slight decline over the past two years in the frequency with which U.S. consumers purchase meat, and an uptick in demand for variety and moderation. In other words, consumers are being more thoughtful in choosing how they spend their meat dollars.

This translates to an opportunity for natural retailers. Only 3 percent of people consider natural or specialty stores their primary channel for meat and poultry purchases, but interest in claims like organic, antibiotic-free and hormone-free are emerging.

The report sheds the following light on how customers shop for meat, and how retailers can set themselves up for success.

Consider going small. For a majority of consumers, price per pound dominates the purchase decision tree when it comes to meat. However, total package price is of top importance to millennials and single-person households, which today make up of more than one-quarter of U.S. households and even more than that in some urban areas. Variety in package size may become increasingly important.

Target your promotions. Most shoppers—by a wide margin—prefer a reduction in the price per pound of meat over other types of promotions. That’s especially true of shoppers who emphasize fresh and organic, according to the report. Buy-one, get-one was the second most popular type of promotion, which larger households were especially likely to gravitate to.

To find these deals, shoppers say they most often consult a paper circular; however one-quarter of those surveyed said they researched outside of a weekly or in-store circular. “With millennials more likely to use digital, mobile and in-store promotional vehicles, items registering higher on the millennial radar such as local, organic and value-added may be a natural match,” the report notes.

Variety wins. More than one-third of shoppers surveyed said they’re spending the same amount of money on meat and poultry items as last year but are buying fewer and/or different items. While chicken breast, ground beef, bacon and steak continue to have the highest household penetration, pork, lamb, value-added products (like marinated meats and kabobs), convenience meats and meat alternatives all saw an uptick in popularity with this year’s survey. Natural and organic shoppers were more likely than the overall survey group to have healthy eating strategies in place—for example, choosing leaner cuts of meat, eating more fish or seafood, and eating more alternatives.

Presentation matters. Nearly half of shoppers say they decide what items they’ll purchase in the meat department before they go to the store. That may seem like a lot, but it also means that the other half is potentially making decisions on the spot. Across all store formats, cleanliness was the top-rated satisfaction attribute among meat departments, along with freshness and appearance in service cases. Survey participants noted wipes, non-leaky packages, clean floors, butchers in white aprons and being able to see where the cutting is done as indicators of cleanliness.

Become a trusted source. Millennials are more likely than other groups to seek the assistance of meat department associates, but the response of survey participants as a whole suggests that expert advice could drive sales and satisfaction. Half of all shoppers surveyed said they would use more readily available advice on how to prepare certain cuts of meat. About one in four people said they could use help navigating the USDA beef grading system, and 42 percent said they would like help choosing wine and meat pairings.

Carry these claims. Organic meat and poultry remains niche, making up only 3.8 percent of products in all meat cases. But more than one-quarter of shoppers say they expect to purchase more in the next year, and that jumps to three in 10 for shoppers who already purchase some natural and organic meat. According to IRi, dollars spent on organic meat and poultry grew 31.5 percent last year, with organic chicken dominating, followed by beef. Antibiotic-free may serve as a bridge to organic here, with 86 percent of shoppers saying they’re somewhat or very interested in antibiotic-free claims, compared to 68 percent for organic and 54 percent for non-GMO.