HomeBusiness ResourcesBranding and MarketingBeef's presence shrinking in the retail meat case
Recent
Latest
4 tips to get ahead of chemical concerns in packaging
May 20, 2022
7 CBD favorites in the increasingly popular gummies format
May 20, 2022
Mission MightyMe helps parents introduce allergens to babies
May 20, 2022
UNFI's Eric Dorne to step down as chief operating officer
May 20, 2022
Trending
Whole Foods' honors 30 companies with 10th annual Supplier Awards
May 18, 2022
Sponsored Content
The rise of sustainable business – eGuide
Sponsored Content
Getting ready for 2023: Trends for brands to consider
May 17, 2022
Sponsored Content
Unboxed: 7 plant-forward ice creams to stock this summer
May 10, 2022 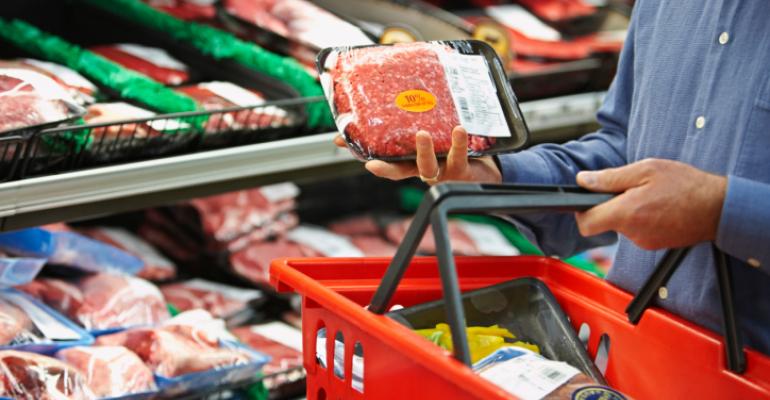 The record high prices of beef over the past few years had a major impact on the make-up of the retail meat case, according to a new study from Sealed Air Corp. presented on Monday.

At supermarkets, beef went from 25 percent of all meat packages in 2010 to 22 percent in 2015. A similar trend occurred in pounds of beef on display as a percentage of all meat, dropping from 21 percent to 17 percent.

Another major change is in the average number of SKUs for each category. From 2004 to 2015, the average meat case lost nine SKUs of beef and gained two SKUs of ground beef.