How one grocer sells "grotesque" fruits and vegetables 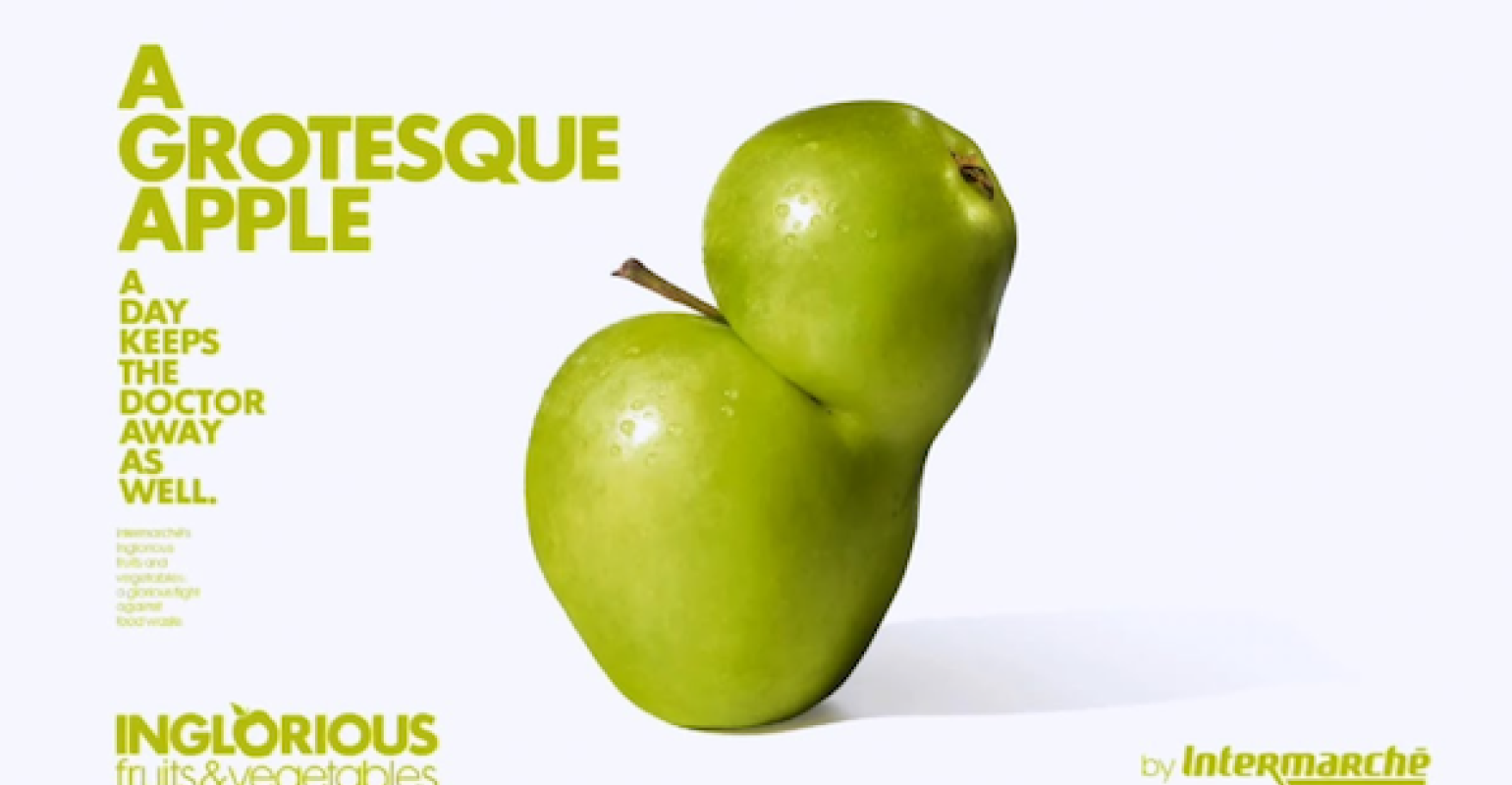 Food waste has escalated to shameful levels&mdash;some reports say that Americans and Europeans throw away nearly half of edible food. Here&#39;s how one French supermarket is using cheeky signage to sell imperfect produce.

The smallest blemish on produce can turn grocery shoppers away. So when retailers stock deformed or oddly shaped fruit or vegetables, chances are that they won't sell. This mentality of purchasing "perfect" produce is part of the reason food waste has skyrocketed—"A report last year found up to half of the food produced worldwide was wasted because of poor harvesting, storage and transport methods, as well as irresponsible retailer and consumer behavior," reports a recent article in Reuters.

So kudos to the French supermarket chain Intermarché for their brilliant plan to laud these mishapen, "inglorious" fruits and veggies. In addition to offering this maligned produce for 30 percent cheaper than their traditionally shaped cousins, Intermarché placed them in their own section of the store with specific labeling.

Not only did the campaign increase food waste awareness, but it also bolstered the chain's bottom line. Stores experienced a 24 percent increase in overall traffic, and the campaign received extensive media attention.

Your takeaway? Paired with a price cut and cheeky marketing, shoppers will flock to your irregular produce.