Retail sales light up for CBD 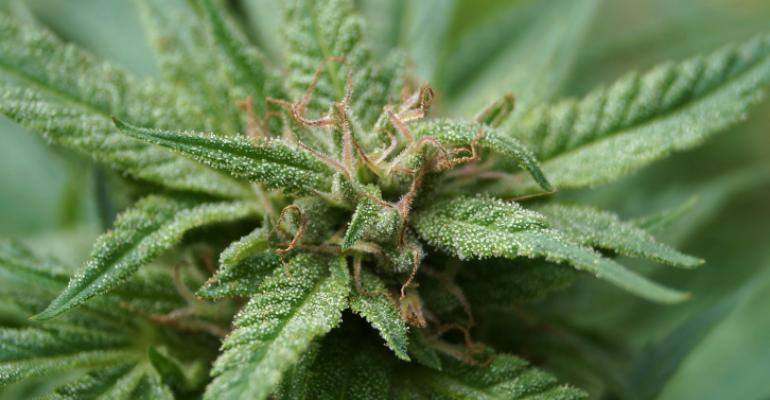 CBD is giving cannabis a good name, even as cannabis' popularity is growing across the country as state after state moves from medical marijuana to cannabis for the fun of it. Look no further than deep-red Georgia, which passed a medical marijuana bill in late December, although it was only for CBD and only for nine medical conditions such as seizures.

Part of the curious nature of cannabis is its paradoxes. It’s illegal on the federal level but legal to one degree or another in 40 states. It’s categorized as a Schedule 1 drug, which means it has “no currently accepted medical use and a high potential for abuse,” yet it is used as a medical substance in 23 states plus Washington, D.C. The FDA issued an online comment—far short of an official ruling—saying CBD could not be used as a supplement, yet “hemp oil” is available in a growing number of natural-food stores across the country.

“If you’re in the health-food industry, we look at plants differently than regular people,” said Lydia Beccard, who works at Turlock Health Foods in California’s Central Valley. “We look at CBD like kava kava—when used appropriately, it’s really beneficial.”

What’s appropriate for Turlock Health Foods customers is a remedy for anxiety and pain, said Beccard. She said they are getting good sales results with a standardized product from Cannavest.

Cannavest has its product in nearly 400 independent health-food stores and co-ops across the country.

“We are breathing life into the independents who built this industry, and they love it,” said Cannavest Marketing Director Sarah Syed. “Our hemp-derived CBD oil, PlusCBD, is the breakout ingredient of our lifetime and all of our industry contacts agree. We’ve never seen this kind of enthusiasm for an ingredient.”

Up in Washington state—the second state behind Colorado to legalize marijuana for recreational purposes—Mary Van de Graaf has an interesting business model. She owns Mill Creek Natural Foods and Vibrant Health, both natural-food stores, but also a marijuana dispensary in the upstairs at the Yakima store. Shoppers respond to their radio ads promoting both CBD for pain at the health-food store and regular marijuana at dispensaries for everything else.

“I think CBD sales are helped because there’s the buzz around marijuana,” said Van de Graaf. “People might be afraid to go to a recreational shop to check it out.”

So there’s the connection between the manifest uses, from industrial to personal, behind cannabis, be it industrial or nutritional hemp or recreational THC for the high. And yet CBD—the non-psychoactive phytochemical—would likely be a blockbuster supplement if it was derived from any other plant in the world besides cannabis.

“When hemp hearts came out, people came and bought a tub of hemp hearts, and you know they were thinking about planting those suckers,” said Beccard. “We have customers come in for CBD and joke—some are serious—‘I won’t get high, will I?’”

That uncertainty among consumers also goes to lawmakers as well as regulators. Whereas Georgia qualified nine medical conditions that could be treated with low-THC CBD oil, Illinois allows 40 health conditions. But even in Colorado, the number of health conditions is only eight, but one of them is pain, and that’s a subjective bar that is easily met by any fortysomething with aging aches who is too old to know the local black market purveyor anymore.

The wide swath of gray area around its status on pretty much every level has suppliers of hemp oil cautiously optimistic about their growing fortunes. In short, the reward is worth the risk, especially if as much care is taken as possible to stay within the laws that do govern its growing, shipping and selling.

“In Colorado growing industrial hemp is legal, though it’s illegal federally,” said Christopher Shade, Ph.D., president of Quicksilver Scientific, which offers a high-tech liposomal technology that makes large molecules, from curcumin and glutathione to CBD, much more bioavailable. “The material has to come from an area regulated for industrial hemp, so we produce Colorado-based CBD because Colorado has a regulatory framework. We’re under agricultural laws, so we’re skirting the drug issue by dealing with hemp oil. It’s a gray zone.”

Cannavest’s Syed noted the gray area around product efficacy that is another part of the cannabis conundrum.

“Why is cannabis, that officially has no medical application, being pursued by multiple pharmaceutical companies, with a patent held by the U.S. Department of Health and Human Services for the treatment of neurodegenerative diseases?” said Syed. “Once that gets cleared up, you will find hemp-derived CBD products everywhere. It’s definitely a game changer.”

“It’s one of our better sellers but not a huge huge difference in sales,” said Beccard. “Anyone who’s really into it, odds are they have a medical card. The store’s posts on Facebook or Instagram get a decent amount of hits versus if I put vitamin C up. It’s good as far as reordering.”

Fourteen states have some type of cannabis legalization efforts under way in 2016.