Cott to acquire DSS for $1.25 billion 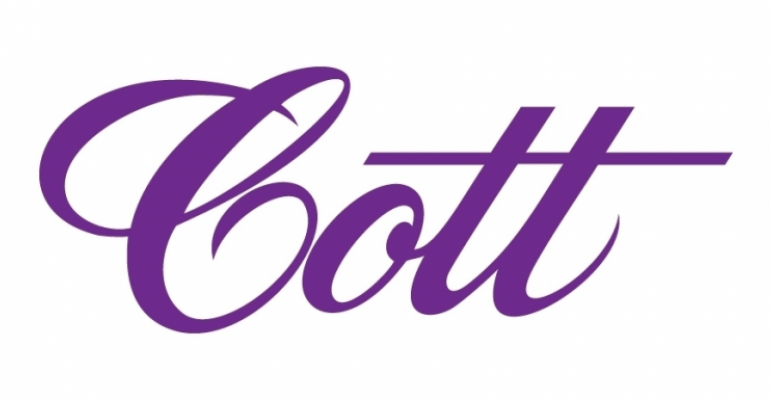 Cott Corp. has entered into a definitive merger agreement to acquire the parent company of DS Services of America, a leading water and coffee direct-to-consumer services provider.

Cott Corp. (NYSE:COT; TSX:BCB) announced that it has entered into a definitive merger agreement to acquire DSS Group, Inc., parent company to DS Services of America Inc. (DSS), a leading water and coffee direct-to-consumer services provider in the United States, for approximately $1.25 billion, or approximately 7.1x 2014E adjusted DSS EBITDA, including the assumption of debt and the issuance of preferred shares to Crestview Partners and other selling shareholders.

The acquisition will extend Cott’s beverage portfolio into new and growing markets, including water and coffee home and office delivery services, water filtration services, and retail services, while creating cost synergies as well as portfolio expansion. In addition, the acquisition is expected to broaden the distribution platform of Cott by adding a national direct-to-consumer distribution channel with the 2,100 customer routes operated by DSS. Upon closing the transaction, Cott will have pro forma net sales and adjusted EBITDA of approximately $3 billion and over $350 million, respectively, for the twelve months ended Sept. 27, 2014.

The acquisition of DSS will accelerate Cott’s acquisition based diversification outside of carbonated soft drinks and shelf stable juices, and is in line with Cott’s strategy of focusing on higher margin growth oriented businesses in beverage and beverage adjacencies. The acquisition gives Cott a complementary beverage platform for growth while diversifying Cott’s channel mix beyond large format retail and supermarket stores. The acquisition is expected to:

Jerry Fowden, Cott’s chief executive officer, commented: “The DSS acquisition substantially accelerates our diversification strategy, bringing a strong home and office water and coffee beverage platform and direct-to-customer delivery network into our portfolio. DSS is a market leader in the growing water and coffee services industries. It has established a scaled national direct-to-customer network and is led by an experienced senior management team. This acquisition meets all of the criteria established within our disciplined acquisition guidelines, including acquiring businesses within growing categories and with higher margins while enhancing product, package and channel diversification. Following this acquisition, Cott will have a more growth oriented, higher margin business and a more balanced revenue and earnings base.”

Financial highlights
The acquisition is expected to be accretive to adjusted free cash flow per share in the first year (inclusive of the preferred shares on an unconverted basis). Cott also expects to realize revenue growth opportunities within DSS based on Cott’s expanded product portfolio and access to new channels. The year three post synergy adjusted EBITDA multiple is expected to be below 6x with a double digit cash on cash IRR.

The acquisition fits within Cott’s disciplined acquisition strategy, and is expected to enhance the Company's overall margin profile. Pro forma for the transaction, gross profit and adjusted EBITDA margins for the twelve months ended Sept. 27, 2014 are 27 percent and 12 percent, respectively, compared to 12 percent and 9 percent, respectively, on a standalone basis. Additionally, DSS’s history of strong cash flow is aligned with the balance of Cott’s core business portfolio.

Fowden noted, "This is a transformative milestone for Cott. DSS will assist our continued efforts to migrate from a primarily CSD and shelf stable juice beverage business to a diversified beverage provider with a strong platform on which to grow. We believe this acquisition will provide us with the resources and scale necessary to drive our future success and build shareholder value.”

Cott has received committed financing from Barclays and Credit Suisse to support the transaction. The acquisition is ultimately expected to be funded with a combination of a new bond issuance, borrowings under Cott’s ABL facility, and convertible and nonconvertible preferred shares issued to the current equity owners of DSS. Cott will seek to increase its existing ABL facility to $400 million in connection with the acquisition. Cott additionally intends to assume the obligations under DSS’s existing bonds. As of Dec. 31, 2014, pro forma for the acquisition and excluding the issuance of the preferred shares, Cott would have net leverage of approximately 4.5x net debt/adjusted EBITDA.

The acquisition, which is expected to close by the end of January 2015, is subject to certain closing conditions, including the requisite consent of DSS bondholders and regulatory approvals, but is not subject to any financing condition. In connection with the transaction, Cott intends to continue with its quarterly dividend but will suspend its share repurchase program.

Upon completion of the acquisition, DSS will operate as a subsidiary of Cott, based in Atlanta. DSS will continue to be led by Tom Harrington, DSS’s current CEO and President, as well as the company’s present leadership team.

“Tom Harrington and his talented management team have done a great job building DSS. We are delighted that they will continue to lead the company going forward as we work together to drive future growth,” added Fowden.

Tom Harrington, CEO and president of DSS noted, "We firmly believe that bringing DSS into the Cott family will provide additional opportunities for the benefit of our employees and customers alike. Our leadership team is excited to work with Cott to drive growth, while creating cost synergies as well as portfolio expansion."