Brand in the place where you live 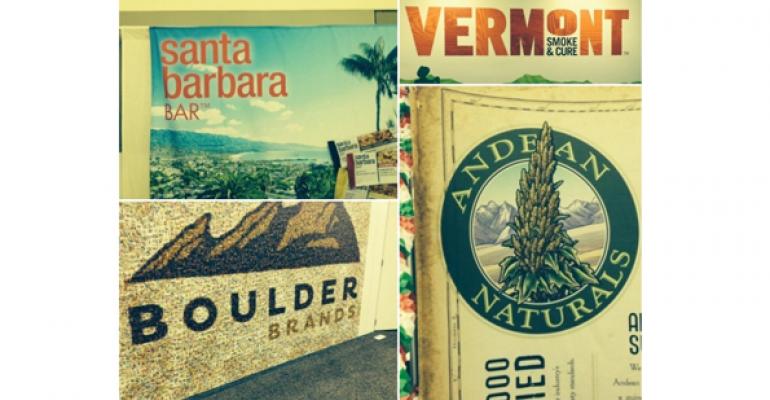 Where you make your food has import for how you market your product--at least at Natural Products Expo East. We saw a curious array of claims based on where companies were based. Where was Portland during all of this?

For most people, the most important location for food is somewhere on the plate in front of them, or at least within arm’s reach. But for companies selling food products, location and origin can be a key marketing element.

“Vermont” seemed to offer an obvious appeal, with a pastoral perception of place, but the word “Brooklyn” made a strong showing across a perhaps-not-surprising number of booths. N 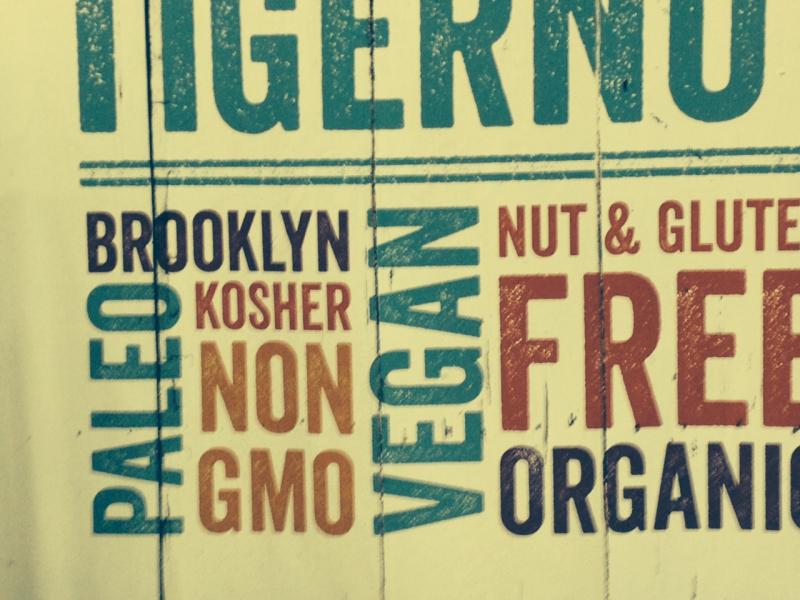 ot so long ago, Brooklyn summoned up an image of gritty decay, or, more recently, tattooed hipsters more concerned with where they’d bought their skinny jeans than where their food came from. Thirty years ago, “New York" was a tag-line epithet in an over-played CPG salsa ad. But Brooklyn has emerged as a foodie destination of forward thinking and the unlikely capitol of rooftop gardening innovation. A landscape of brownstones and tightly packed storefronts evolved into an image of good, and good-for-you food.

Boulder doesn’t have the same pristine agricultural image of Vermont, but it ranked high in 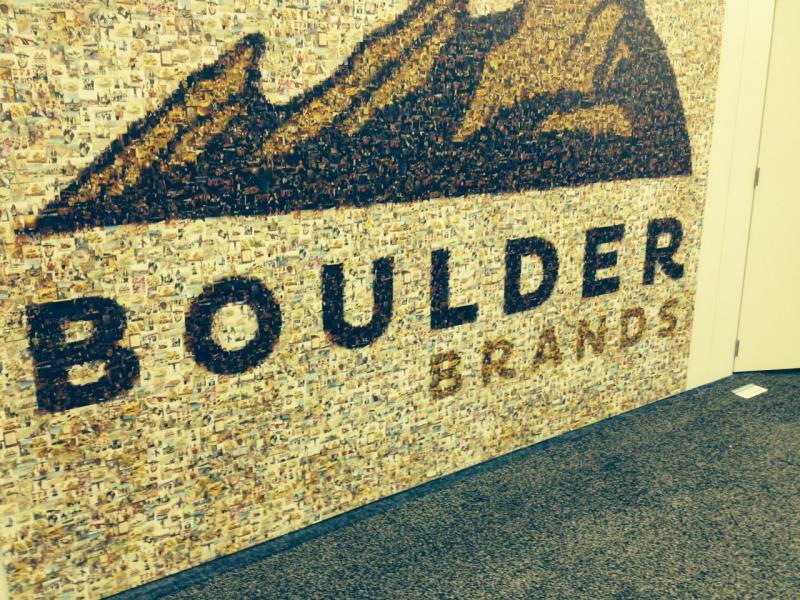 booth placement. That may have something to do with the number of companies actually located in Boulder, but the healthy-living cachet of the uber-fit locale has yet to be tarnished. Boulder Brands could have located anywhere, after all, but the “Sillicon Valley of natural food” offers a credibility few places could match. Boulder Granola went back a bit further with a mural-sized poster of the psychedelic-styled Volkswagen microbus Founder Jody Nagel drives around the Colorado town. 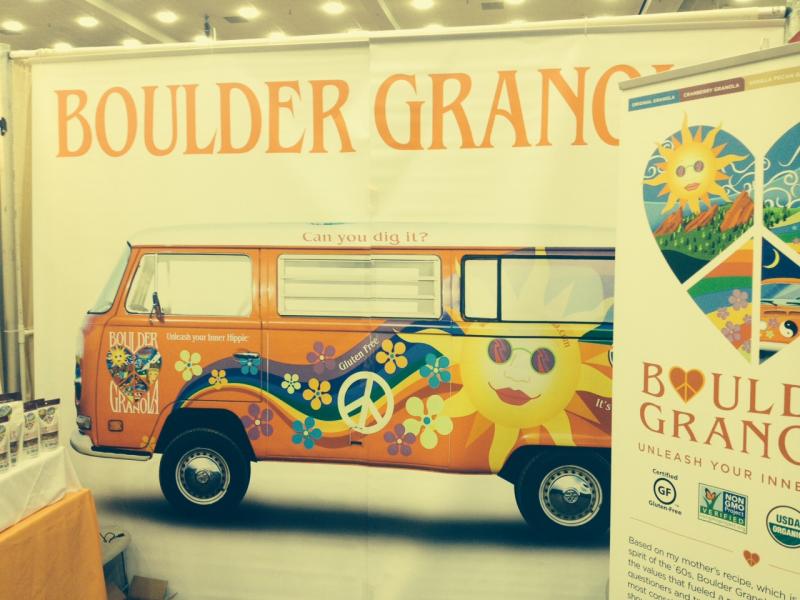 We did see one jerky company proudly trumpeting Steamboat Springs, Co., but most of the dried meat purveyors seemed content evoking a generic western imagery.

Europe was trumpeted as another origin of advantage. They eat better over there, right? Africa offered another return-to-the-roots aura. The Andes? Sounds pristine. 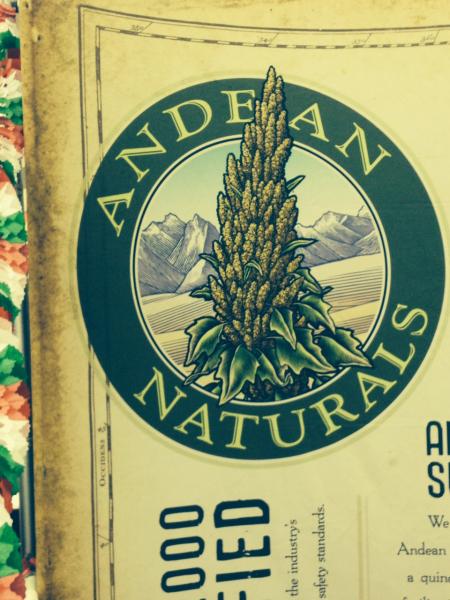 Conspicuously absent from the placards and posters? Portland. Maybe smugness outweighs forward-thinking food choices. Maybe we can blame the Independent Film Channel and its “Portlandia” series.

We didn’t see Austin proclaimed prominently on any booths, either. Ashville, SC, would seem to hold a likely resonance too. But we didn’t see it. Maybe we weren’t looking hard enough, or maybe it never escaped the brochures to crawl on the signage. Whatever the motivations and marketing, how place defines perception remains a difficult-to-predict process.

It took many years before California outpaced Europe on the palates of America’s wine snobs. 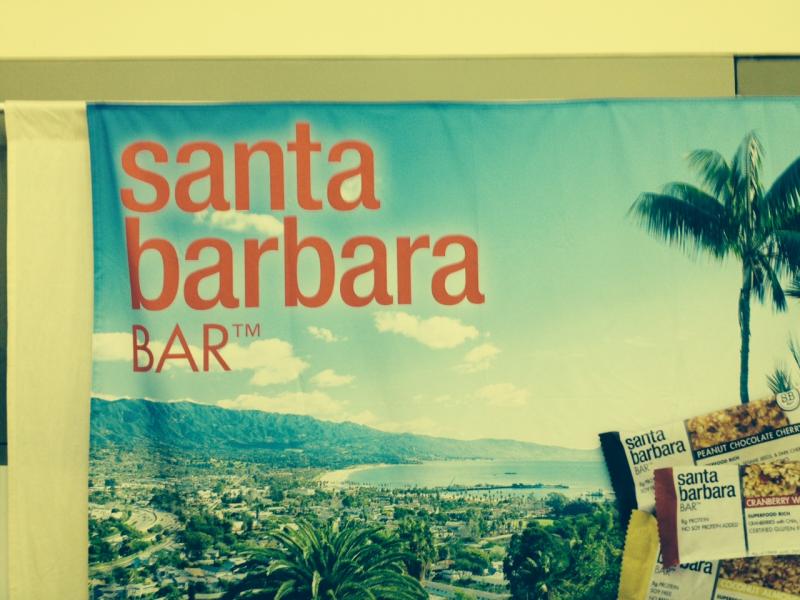 Brooklyn emerged fairly recently but didn’t emerge overnight. What it likely takes is a critical mass of one—a company willing to align its reputation with its neighborhood. One company finds success, and a community of labels follow, building momentum for all. Companies finding success in the next foodie hotspot might want to think about that: Use a map to put yourself on the map, and stick that pin right on the label.

Up on the roof: Is Brooklyn leading a rooftop farming revolution?
Apr 30, 2014