HomeNewsExpo East panel zeroes in on opportunities for tomorrow's organic
Recent
Latest
4 tips to get ahead of chemical concerns in packaging
May 20, 2022
7 CBD favorites in the increasingly popular gummies format
May 20, 2022
Mission MightyMe helps parents introduce allergens to babies
May 20, 2022
UNFI's Eric Dorne to step down as chief operating officer
May 20, 2022
Trending
Whole Foods' honors 30 companies with 10th annual Supplier Awards
May 18, 2022
Sponsored Content
The rise of sustainable business – eGuide
Sponsored Content
Getting ready for 2023: Trends for brands to consider
May 17, 2022
Sponsored Content
Debra Stark’s light shines bright on natural products industry
May 10, 2022

Expo East panel zeroes in on opportunities for tomorrow's organic 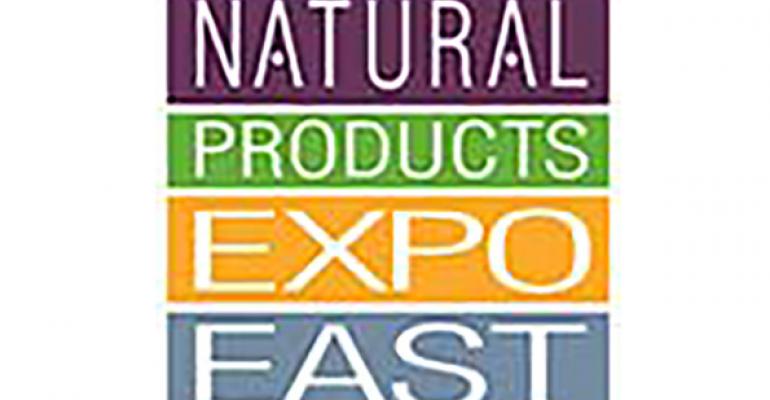 A group of organic thought leaders agreed on Thursday that the organic food industry must overcome major challenges to fulfill its potential and move significantly beyond its position of nearly 5 percent of the U.S. food supply.

The organic opportunity has never been greater. But realizing that opportunity will not be easy. A group of organic thought leaders agreed on Thursday that the organic food industry must overcome major challenges to fulfill its potential and move significantly beyond its position of nearly 5 percent of the U.S. food supply.

"The next three to five years are going to be mission-critical for what happens in organic 15 years from now," said Melissa Hughes, general counsel of organic dairy cooperative Organic Valley and president of the Organic Trade Association (OTA) board of directors. "We have to figure out how to meet the needs of organic farmers now so they will be able to meet the needs of the future."

Hughes participated in a panel discussion on the current and future state of organic, an event that kicked off OTA's two-day All Things Organic educational conference program at the Natural Products Expo East show in Baltimore. Moderated by OTA executive director and CEO Laura Batcha, the panel included Danielle Nierenberg, founder of Food Tank, and Lynn Clarkson, president of Clarkson Grain.

Panel members saw demand for organic products continuing to grow in the future for several reasons: a growing awareness of the importance of eating healthy food; an increasing desire to know more about the source of our food and how it was produced; a generational shift in consumption and buying trends; and heightened concern about the environmental impacts of large-scale conventional and industrial farming practices.

Sales of organic in the United States broke another record in 2014, totaling $39.1 billion, up more than 11 percent, according to a recent OTA survey. Organic demand now cuts across all regions, ages and income groups.

The U.S. Department of Agriculture (USDA) on Thursday announced that sales of organic crops and livestock at the farm-gate level reached $5.5 billion in 2014, up 72 percent from 2008. In the third survey of U.S. organic agriculture since 2008, USDA also said the industry shows potential for growth, with some 39 percent of organic farmers surveyed reporting that they intend to increase production over the next five years.

The intended increase in production is welcome news for the sector. Thursday's panelists said not having enough organic supplies to meet demand is the No. 1 issue in the rapidly growing organic industry.

"At the rate organic is growing, organic demand could double in six years," said Clarkson, president of Illinois-based Clarkson Grain, an organic corn and soybean supplier. "By 2030, organic could be 10 percent of the U.S. food supply, but how are we going to do that if we lack the raw organic materials? We need to have more organic production in the U.S."

Despite higher prices for organic crops than for conventional, American farmers have still been slow to switch to organic, Clarkson said. Consequently, the U.S. is importing organic soybeans, corn and other ingredients, and is "turning over its best markets to foreign suppliers."

Hughes said, "So much of the organic sector is living in a resource-constrained environment now." She called on the organic industry to begin building a supply cushion that could fill future demand and guard against crop losses caused by and climate change.

Batcha and the panelists noted how patterns in organic buying have changed significantly over the years. Organic is no longer mainly bought at farmers' markets or specialty food stores, while traditional supermarkets and big-box stores are now huge players in the organic sector.

"New organic buyers are flexible about where they buy organic," Batcha said. "Millennials have no problem going to the farmers' market for organic produce in the morning, then driving to their favorite big-box store later to pick up paper towels and, while they're there, buy some organic cereal."

Another change in food buying — and most pronounced in the organic sector — is buying food online, Nierenberg said. "It will be exciting to see in the next 15 years how organic can reach more consumers, and how it can scale not just up but out," she said.

These natural and organic food trends are meeting consumer demands in 2015
May 20, 2015