HomeNewsPress and social media are changing consumer expectations for the food industry
Recent
Latest
Mission MightyMe helps parents introduce allergens to babies
May 20, 2022
UNFI's Eric Dorne to step down as chief operating officer
May 20, 2022
The Analyst’s Take: Top takeaways from NBJ’s Sports Nutrition and Weight Management Report
May 20, 2022
How nutrition companies can keep up with rapid pace of changing tech
May 20, 2022
Trending
Whole Foods' honors 30 companies with 10th annual Supplier Awards
May 18, 2022
Sponsored Content
The rise of sustainable business – eGuide
Sponsored Content
Getting ready for 2023: Trends for brands to consider
May 17, 2022
Sponsored Content
Debra Stark’s light shines bright on natural products industry
May 10, 2022 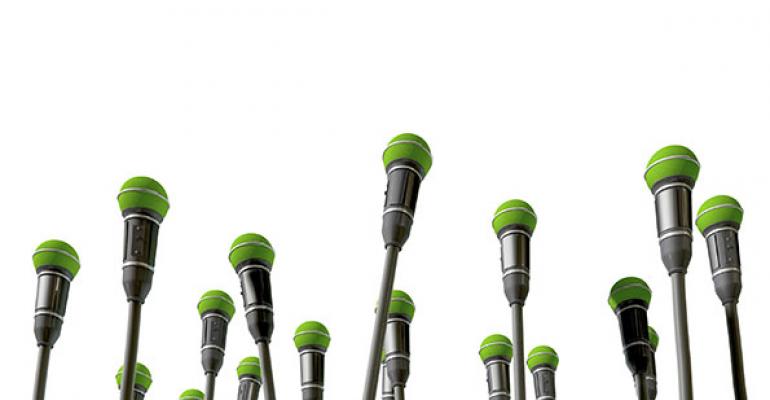 Journalists share their perspectives on how consumer demand is affecting labeling and ingredients.

The food industry has always had to grapple with shifting consumer expectations, but those expectations and their rate of change have climbed to a whole new level in the last five or six years.

There has been an explosion in press coverage, and in consumer awareness, of what's in the food we buy as well as how it's made, where it's made, what it's packaged in, and the list goes on. Thanks to the internet and social media, that type information spreads much more easily and faster than ever before.

As brands adapt to the moving goalposts of consumer expectations, the most visible result may be the proliferation of labels on natural products—niche labels that indicate they cater to consumers’ increasingly specific demands. Sam Fromartz, editor-in-chief of the Food and Environment Reporting Network, pointed out during a session at Natural Products Expo East that millennial shoppers in particular often look for labels demonstrating a specific attribute—gluten-free or vegan or non-GMO, for example—sometimes at the expense of the more holistic approach to sustainable agriculture that comes automatically with the organic label. “I'm not sure that organic is recognized for what it is, in the sense of having all of these layers of requirements,” he said.

Even so, the organic industry continues to see explosive growth—currently at a rate that will double the industry in six years, according to Fromartz. GMO-free products also continue to grow. Fromartz pointed to some recent reporting showing that conventional, non-GMO corn has been growing, despite farmers using the same pesticides and practices used in GMO corn and the many political battles over whether to require labeling or not.

GMO labeling may be one of the biggest looming questions of the day. Helena Bottemiller Evich, food and agricultural reporter for Politico, thinks the demand for transparency—essentially the driver, really, behind many of the shifts in the U.S. food system—will win, even if it's an expensive battle, for all sides, to fight in the meantime.

“I think that the transparency push will eventually prevail in some form. My prediction is that it will be sort of similar to menu labeling,” she said. There, the restaurant industry fought the idea tooth and nail. “And then as soon as there was a patchwork of cities and states and everything, they went to Congress and said we really need a national standard, consistent across the board.”

She sees an eventual tipping point, where “fighting it is worse than just doing it.” And as consumers have proved time and again with their food, what they want is transparency. They may not even want anything about a product to change; they just want to have access to more information about how it's made.

The success of brands like One Degree Organic Foods, which delivers product-specific information directly from the package to your smartphone using QR codes, underscores just how important transparency is for consumers.

Listen to the full session from Expo East above, featuring Bottemiller Evich, Fromartz and Marc Gunther, editor of Guardian Sustainable Business US. Audio from all Natural Products Expo East education sessions is now available in the archives.