HomeNewsCongressmen release energy drink report
Recent
Latest
Innovation at Milkadamia is a weekly exercise
May 27, 2022
Sponsored Content
Are there potential carcinogens swimming in your biobased laundry detergent? – article
Rowdy Mermaid disrupts functional beverages with science-based innovation
May 26, 2022
Monitor: Environmental claims confuse consumers—even natural shoppers
May 26, 2022
Trending
Getting ready for 2023: Trends for brands to consider
May 17, 2022
Natural beauty market trends
Jun 16, 2021
Podcast: What brands need to get on shelf at Fresh Thyme Market
May 24, 2022
The Planting Hope Company aims to prove gender equity leads to success
May 23, 2022 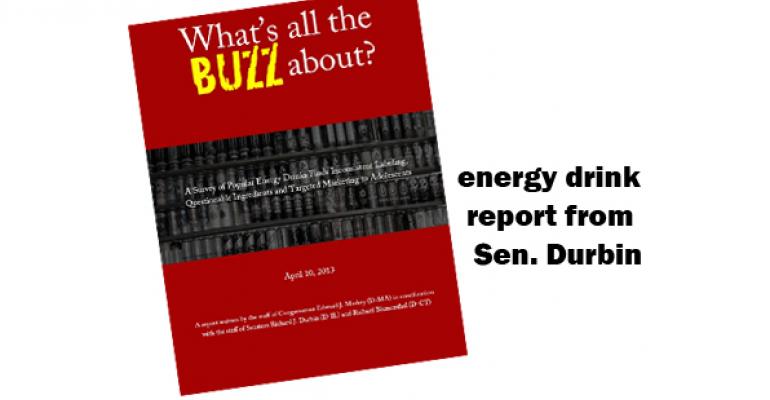 Congressmen targeting highly caffeinated energy drinks have released the results of their investigation of 14 brands.

Three congressmen on Wednesday, April 10, released an analysis of the energy 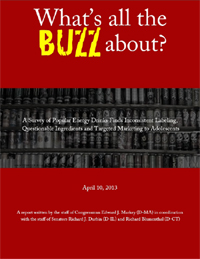 The three came together to examine 14 energy drink brands, including natural beverage brand Sambazon, which requested to be removed from the investigation.Their report findings conclude that:

The congressmen fall short of suggesting legislation, instead saying: "We call on all manufacturers of energy drink products, whether they are marketed as dietary supplements or conventional foods (beverages) to take the following steps to improve transparency and representation of its products and ensure that children and teens are adequately protected from deceptive advertising practices."

Read the "What's all the BUZZ about?" report here.